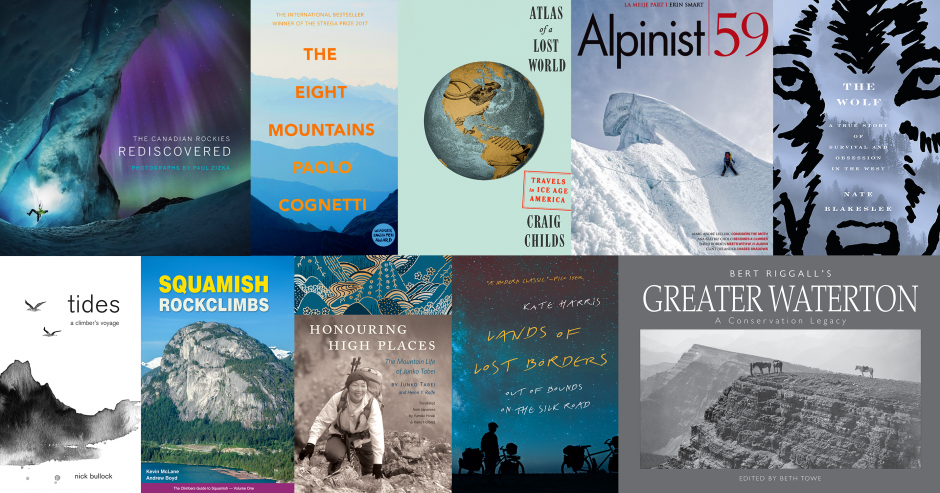 "Early in Paolo Cognetti’s novel, The Eight Mountains, the young narrator Pietro is exploring the foothills with his father. “Look at that river,” the father implores him. “Suppose that the water is time passing. If where we are now is the present, where do you think the future is located?”

As he learns to interpret the language of the wild, the young narrator also finds a way out of his childhood solitude and loneliness. In the excitement of forming a new friendship, Pietro has a revelation: “If the point at which you immerse yourself in the river is the present…then the past is the water that has flowed past you, that which has gone downstream and where there is nothing left for you; whereas the future is the water that comes down from above, bringing dangers and surprises…. Whatever destiny may be, it resides in the mountains that tower over us.” As Pietro grows, the future remains uncertain for him and his shifting mountain family, until one character’s unheroic disappearance disrupts the romantic vision of the wild.

The American conservationist John Muir once wrote, “Going to the mountains is going home.” With The Eight Mountains, Cognetti offers an amendment: home is the people you bring with you. Beautifully crafted in subtle, lyrical prose, The Eight Mountains is at once an old-fashioned coming-of-age tale and a beautiful meditation on the many ways the wild wounds and heals us."

Lands of Lost Borders: Out of Bounds on the Silk Road

"In thoughtful, melodic prose, Kate Harris embraces the spirit of adventure in this story about cycling the Silk Road even as she confronts the entangled nature of science and imperialism in the history of exploration. From permits and packaged noodles to sage-speckled horizons, Lands of Lost Borders relates the ordinary, unglamorous details of life on the road alongside moments of beauty and insight. In her travels with Mel, a childhood friend turned cycling companion, Harris also reveals how the shifting contours of a friendship can form new landscapes worth exploring. All the while, Harris maintains a hope in the power of the exchange of ideas to reimagine borders along territories and, perhaps, within the human heart."

"A coming-of-age tale set in the foothills of Monte Rosa, The Eight Mountains is the story of a friendship that forms in the mountains between Bruno, a young shepherd, and Pietro, a boy from Milan. Bruno teaches Pietro how to interpret signs in his alpine world, sweeping the reader up in an exquisite tour of the forests and glaciers. At the same time, the novel shows the cost that forsaking modernity for the mountains may exert, on individuals and their relationships. Sparse in detail but resonating with poetic energy, Paolo Cognetti’s prose glimmers like the surface of a mountain, where even the smallest ripples and fissures may reveal enormous depths. Cognetti reminds us, 'that in certain lives there are mountains to which we may never return.'"

$2000 - Sponsored by The Whyte Museum of the Canadian Rockies

"In Tides Nick Bullock carries us with him on the sought-after dream life of a pro climber, seasonally migrating from Llanberis to Chamonix, and other hotspots along the way. Young want-to-be-sponsored climbing bums beware, all is not glory on this path, for as well as the slippery sea-cliff holds, long runouts and Himalayan storms lie other perils: self-questioning, angst at ageing, failed relationships, and a search for meaning.  Evocative stories which have become campground lore, Nick offers a glimpse into his mind in the life to which he has committed."

The Wolf: A True Story of Survival and Obsession in the West

"Cinematic and movingly told, Nate Blakeslee’s The Wolf is the true story of O-Six, an adept hunter and the alpha female of her pack, narrated against the backdrop of the political and environmental history of the American West. Rendered in novelistic detail from the meticulous reports of Yellowstone park employees, O-Six struggles to protect her pack from encroaching wolves as other dangers - in the form of hunters and changing policy - loom. Skillfully crafted in sparse, elegant prose, The Wolf is at its core the bare story of wolves and men, a tale older than the mythic American West itself."

"Paul Zizka has produced an absolutely breathtaking collection of images of the Canadian Rockies.  People from the world over visit the Rockies to take in these views; Zizka captures them at their most magnificent.  Initially recognized for his aurora night photos this collection revisits the area with new themes.  The result is a visual masterpiece."

$2000 - Sponsored by the Association of Canadian Mountain Guides

"As Canada's preeminent world-class climbing locale Squamish deserves the exact, loving treatment that Kevin McLane and Andrew Boyd gives it in their guidebook, Squamish Rockclimbs. Eschewing commercial pressures for brevity and select guidebooks, we are fortunate that McLane and Boyd continue to produce this comprehensive guide to all the known climbs.  Enhanced by essays chronicling the local climbing history and ethic, the volume is the reference of record and an essential tool alike."

“A heartbreaking story beautifully told. It would be almost impossible to imagine what it must have been like to experience this tragedy except that Alison has opened her heart and shared her experience so deeply. The story honours Anna and their time together and is, I feel, a deeply important read for anyone who travels in the mountains and values love, life and friendship.”

*Jury member Paula Wright (Associate Editor of Alpinist Magazine) recused herself from adjudication of this category.

“The story of a young woman who begins climbing in Japanese Mountain Club culture in the 1960’s is a tale worth reading in itself. From this complex and often tragic social beginning Junko Tabei goes on to a rich life that manages to include family, teaching and climbing all over the world well into her late 70’s while supporting causes related to the value of a life connected to nature and the mountains. It is a well named and well put together piece of history.”

“Bert Riggall’s photographs from the first half of the 20th Century frame some fabulous writing about the people, terrain and history of the Greater Waterton Region. The images alone tell a fabulous story. Sid Marty’s Mistakis-The Backbone of the Earth and Kevin van Tighem’s God’s Breath should be required reading for anyone who travels to southwest Alberta. This is a story of the origins of a regional conservation legacy that to this day strives to include the landscape, flora, fauna and people who live in this very special part of the world.”

Atlas of a Lost World

"With the aid of archaeological findings and anthropological research, Craig Childs travels from the present to the prehistoric past to meet the inhabitants of the Ice Age. Across the Harding Ice Field, Paleolithic burial sites, and more, Childs illuminates the fragile humanity within the seemingly mythical past. At the same time, Childs issues a warning for a warming planet as he reminds us, 'Going ahead without stories or family is like falling off the edge of the earth.'"