held above our heads in stone: An Interview Between Tyler Los-Jones and Benedict Fullalove 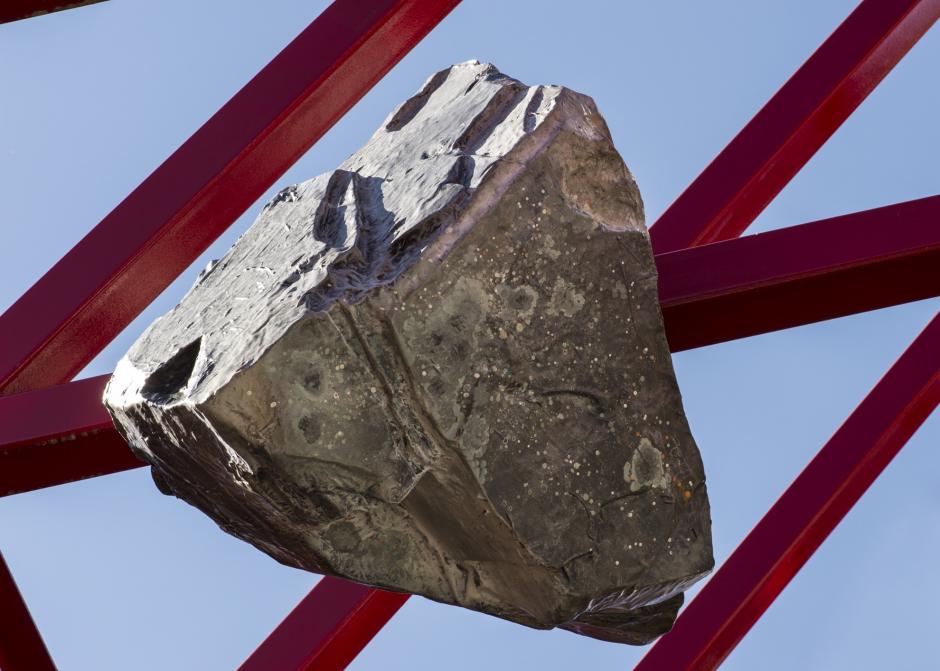 held above our heads in stone is the first of several public commissions by emerging artists for Walter Phillips Gallery at The Banff Centre. Calgary-based artist Tyler Los-Jones discusses levitation, land art and artifice with Alberta College of Art and Design professor and art historian Benedict J. Fullalove, whose research is focused on questions of wilderness, landscape, and identity, specifically in the context of Western Canada.

More on the exhibition here.

Benedict J. Fullalove:  You’ve mentioned to me that  one of the things that’s been in your mind working on your piece here in Banff is Michael Heizer’s monumental installation at the Los Angeles County Museum of Art, Levitated Mass. How did your own project come about?

Tyler Los-Jones: Jen Mizuik, the director of Visual + Digital Arts here at The Banff Centre invited me to propose a temporary public work for the red archway entrance outside the Walter Phillips Gallery. To me the red archway reads as this slick representation of the mountains, so I chose to respond to this architecture by producing five fiberglass boulders based on the geology found around Tunnel Mountain. Initially, when I was approached I was on residency at the Gushul Studio in Blairmore, Alberta that had been organized  by the Southern Alberta  Art Gallery in Lethbridge. The Gushul residency was an amazing opportunity for me to think about where my work was going and to refocus after  a series of recent exhibitions.

For that residency I was mostly just hiking and reading and collecting a ton of rocks; that was my aesthetic activity. However, being in Blairmore made me think about land-use there – it’s incredible. Much of the land is Crown land, which historically saw a lot of industrial activity. The human history in the area is so tangled up with the geologic history of the area – from Indigenous chert mining to the massive rock slide which crushed part of the town of Frank in 1903. Its history is so dramatic, and that drama is the resource that’s there now, tourism is the land-use now.

I was thinking about how the concerns that I’d been dealing with in my practice could extend to other mediums. The photographic work I was making was mimicking the geology that was depicted in that photograph – faults, fissures, folds. What other similar kinds of actions could I do? How could I produce lichen colonies? How do you petrify wood? So my thoughts were already going in a more overtly sculptural direction. The archway at The Banff Centre is already such a simplified representation of the landscape, with its peaks, its sleek orderly image of these mountains, and the constructed, and ordered relationship of the space. It felt like a good opportunity to connect the ideas I had been collecting around the sublime in the National Parks as well as certain iconic land artworks like Heizer’s Levitated Mass; a kind of prescriptive sublime.*

BJF: A lot of scholarship and art over the last 50 years has been interested in trying to demystify our relationship with beautiful landscapes. I’m not sure other discourses, scientific discourses, are any less mystifying in their own sense. They put us in a different relationship with the landscape and give us access to and control of the landscape, just as the aesthetic does, but perhaps with different ends.

TLJ: I really do believe that the kind of relationship you can have to a broad spectrum of activities, especially through something like an art practice where you don’t have to have this scientific certainty, is so productive. It is a really important part of the process of developing positive relationships with non-human entities. If uncertainty can complicate the assumptions we inherited about our world then I think it can be really valuable. You need enough of a foundation to take hold of, to have a base-level understanding of the world you are a part of. Trying to develop a foundation while also working on these projects is a funny negation. That’s fine, you just have to be patient.

BJF: One of the differences is that Heizer’s piece uses a real rock, and yours uses fiberglass and styrofoam. In terms of subverting the archway’s sleek, postmodern structure, is there an intentional cartoony, Flintstoney element to your boulders?

TLJ: Definitely! I’d even started to think about the photographic work that I was producing as a kind of a caricature, where you’re pushing some aspects to the point of absurdity. [This] is one of the more curious projects I’ve worked on. It gets more interesting and comical as other connections continue to emerge.

In particular, the hearsay and stories around the 1954 film River of No Return that starred Marilyn Monroe and was shot on location in and around Banff National Park and Kananaskis. Prop sets were built in the National Park, that mostly featured large fibreglass boulders – rumour has it that many of these objects still exist in the woods among their natural counterparts. This example is indicative of the straddling of the hyper-authentic narrative that the park is trying so hard to continue with, and the staging and set-building that goes on in the background to maintain the image of the park.

BJF: Talking about landscape in the Canadian context comes with its own baggage. Anyone dealing with landscape here has to be aware of that. But when you talked about Heizer, I thought of a different kind of sublime in North American land art, the critique of which might be, that it’s so abstracted in its relationship to landscape that in some ways it seems to completely avoid the cultural and political aspect of it.

TLJ: The exhibition on land art, Ends of the Earth: Land Art to 1974 (2012), which I saw at The Museum of Contemporary Art, Los Angeles, was incredibly important for me because it had introduced me to artists like Helen and Newton Harrison, who were producing work within the spectrum of the land art genre but with an approach that seemed much more focused on listening than on these loud dramatic gestures. Their practice was totally enabling me to think about landscape and about place in another way. Their work was so committed to the tangle of living among human and non-human entities. Coming up in the shadow of Canadian landscape painting, it was easy to push all that aside. And here was this way of employing a methodology that I had a lot of respect for, the kind of critical lens I’d been trying to hone, but also talking about places which had a deep emotional resonance.

BJF: There’s a documentary element, a scientific element [to their work], but it’s a kind of way of thinking objectively about landscape which embraces the aesthetic element, and a deeply felt experience of place, which a geologist might not be able to get at. Even though they might feel it themselves, their work can’t directly address it.

TLJ: Or even their ability to bring together all of these other voices relating to a specific place. That show also reintroduced me to Lucy Lippard’s writing, which references all these different sources, not as a hierarchy of scientific knowledge, but as a kind of a flat hierarchy. Her call for people to be tourists in their own places and to forge a relationship with the land-use which came before them; to locate oneself in the continuum of that history is really something. Thinking about how much I love the area around Banff but how little I know about it, and loving it only for its aesthetic value, was a call to investigate and to engage in focused research. I wanted to produce work which could compress this range of responses, so that a work could challenge our perceived distance from the ecosystems of a national park while also celebrating the place itself.

BJF: What’s interesting to me is the multifaceted nature of these relationships that your process is built on. It’s not linear, but about being open to a vast range of relationships, influences and problems. The question is, what are we to do with all that?

TLJ: I think it took a while to be confident to let this stuff figure itself out in the process. But today, talking about the fibreglass boulders from the set of River of No Return for example, these things build and become generative if you learn to get out of your own way.

This interview is a condensed and edited version of a conversation between Benedict Fullalove and Tyler Los-Jones at The Banff Centre on August 7, 2015.

*Michael Heizer’s work Levitated Mass (2012) is a public artwork installed on the outdoor campus of the Los Angeles County Museum of Art. The work is comprised of a massive granite boulder  that is suspended on either side by a concrete channel. Viewers can walk underneath the suspended boulder weighing 340 tonnes. 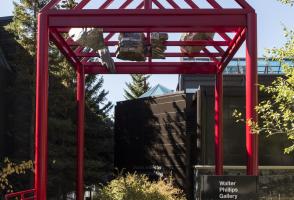 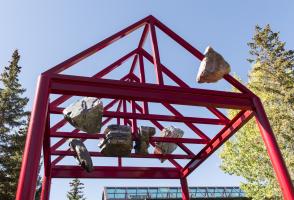