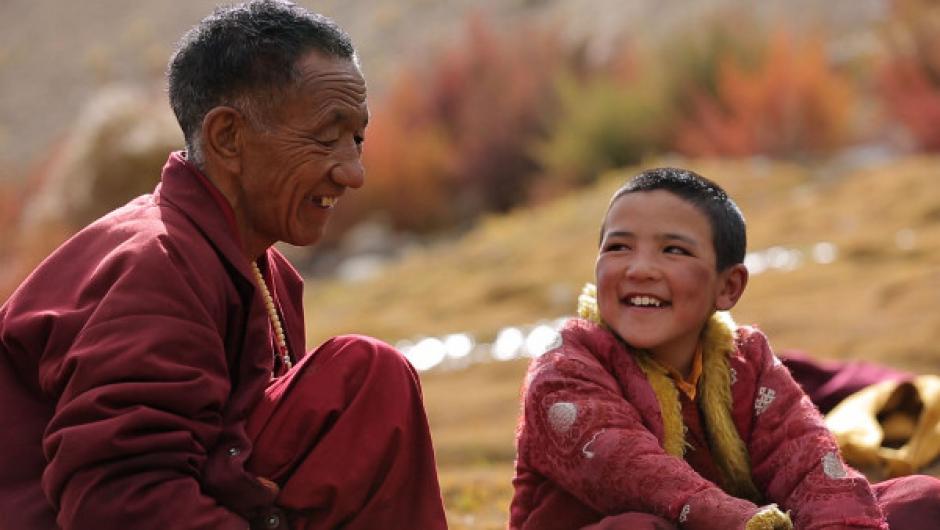 Becoming Who I Was

“The film takes its viewer on a strenuous journey, a journey begun when its characters are ostracized from their own community. Facing immense burdens, including poverty, political upheaval and extreme geography, the protagonists are shown not only in poignant and intimate scenes of daily life, but also as small figures in expansive landscapes. But what comes through from the opening scene to closing credits, more impactful than the hardships, is the overwhelming sense of humanity, the innocence of childhood, and the extraordinary bond between two people, whose love and support for each other transcend all the struggles they face. That element of hope was beautifully captured by the filmmakers.” 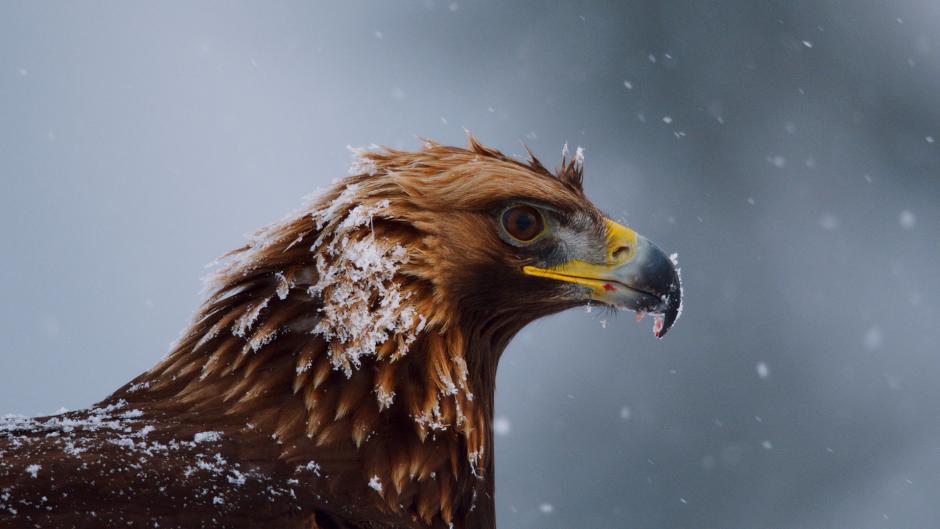 Only a few pioneering animals have what it takes to survive in the world's highest mountain ranges and they tend to be some of the most elusive and mysterious animals on the planet. Climb to a world that is beautiful but full of danger, where snow leopards, grizzly bears and high altitude flamingos live and thrive.

“Finding new ways to approach an established subject and genre can involve taking risks, especially when you have no control over your subject matter. Using techniques and ideas brought from adventure sports filming, this production raises the bar once again in this area of filmmaking, creating stories that are as insightful to specialists as they are awe-inspiring to the humble viewer. Illustrated from unique perspectives, the producers of this film have achieved incredible results, bringing the natural world to a wider audience and allowing us privileged access into unknown territories.” 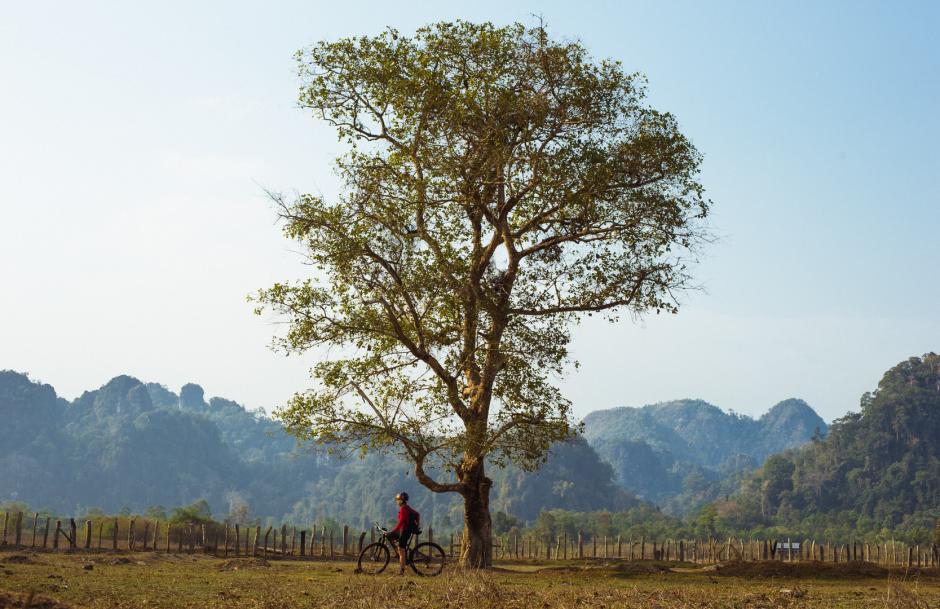 Image from the film Blood Road

Blood Road follows the journey of ultra-endurance mountain bike athlete Rebecca Rusch and her Vietnamese riding partner, Huyen Nguyen, as they pedal 1,200 arduous miles along the infamous Ho Chi Minh Trail through the dense jungles of Vietnam, Laos, and Cambodia. Their Goal: to reach the newly discovered crash site and final resting place of Rebecca’s father, a U.S. Air Force pilot shot down over Laos some 40 years earlier.

“What is it that is so captivating about exploration and adventure? The challenging journey to somewhere new. The trials of pitting yourself against an unknown environment. But as well as the physical, the voyage of internal discovery. An adventurer embarks on a quest that explores family history and global geopolitics, and takes the viewer along for a compelling ride. It is intimidate, sad, and also hopeful.” 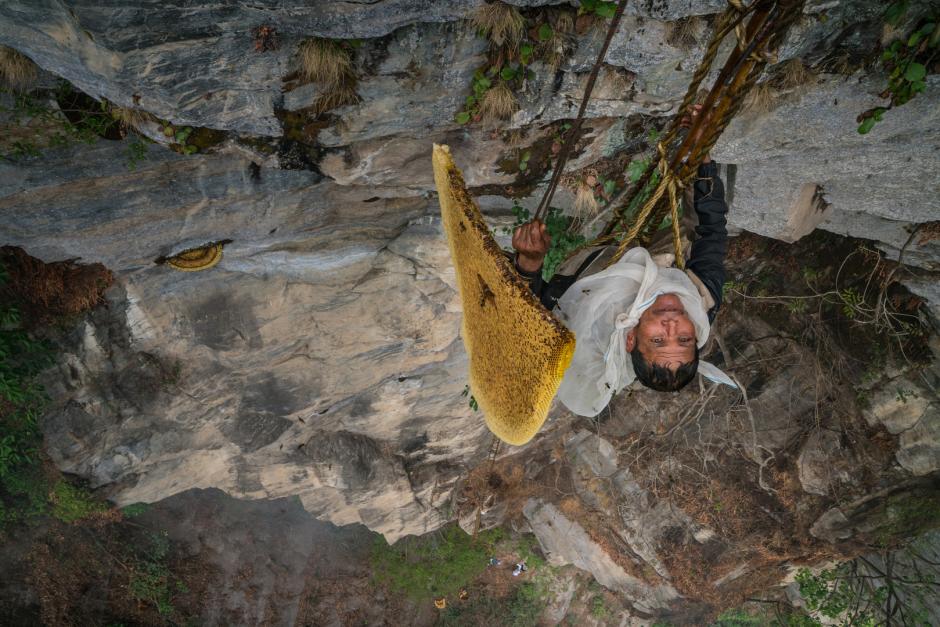 From the film The Last Honey Hunter

Maule Dhan Rai is the last man in the remote Nepal village of Saadi who's been visited in a dream by a wrathful forest spirit called Rongkemi. If no one else in the village has the dream, a generations-old tradition of honey gathering may die.

“You know you've seen a great film when you come away captivated, moved, but also having learned something. We liked this film because we were quickly immersed in a remote community where tradition and reality collide. Reality being the most basic of needs - everybody needs a job. Beautiful images, and harem scarem sequences that required extensive mountain filmmaking skill and determination to capture - this is a visceral film that subtly and without judgement asks so many questions.” 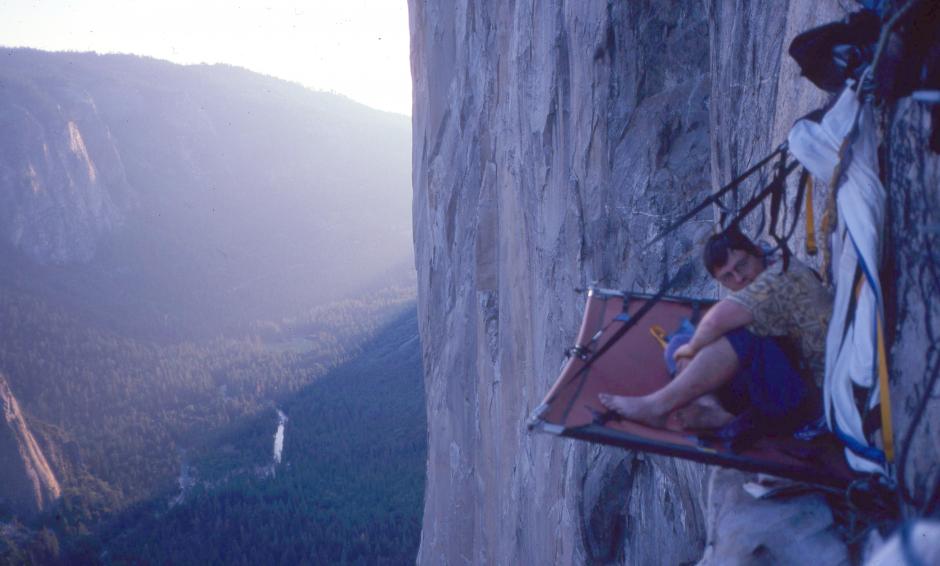 Image from the film Psycho Vertical

Follow Britain’s unlikeliest hero-mountaineer and funny-man, Andy Kirkpatrick on an 18 day solo ascent of El Capitan, Yosemite. Psycho Vertical is a raw and intimate portrait of one of climbing’s most interesting figures. Inspired by the best-selling autobiography of the same name, the film explores themes of identity, fatherhood, and how our pasts shape us.

“There were lots of great climbing films this year, making it was a really tough category to judge. However all the jury agreed that one film in this category stood out because of the honesty of the protagonist and its refreshing filmmaking style. In this era of social media, our feeds are full of professional athletes 'living the dream'. This film digs a lot deeper. The filmmaker successfully employs some unorthodox techniques and the filmmaking feels very fresh, at times even bordering on experiancental. It is a 'warts and all' profile that leaves an audience with a true rendering of a well-known climber and a film which transcends its category.” 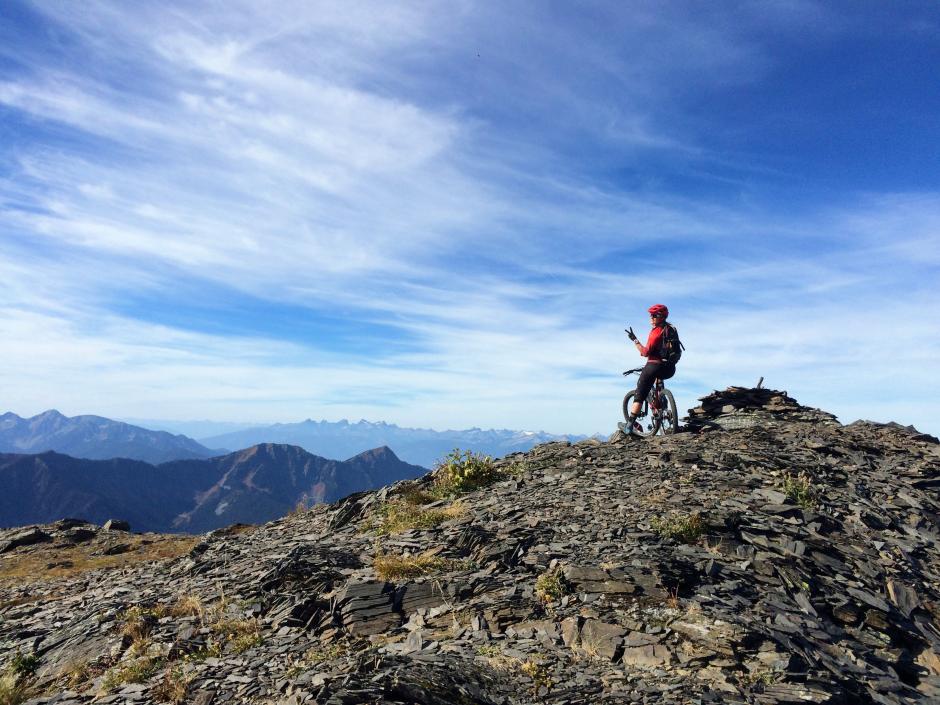 Mountain biker Micayla Gatto takes the viewer into her world as a painter and as an athlete, riding through beautifully created masterpieces where colours come to life and reality blends with art.

“When you showcase the best about the sport of mountain biking – the prodigious artistic talents of an athlete both on and off the trail – and the intense emotional connection we all have with nature – something quite remarkable happens.” 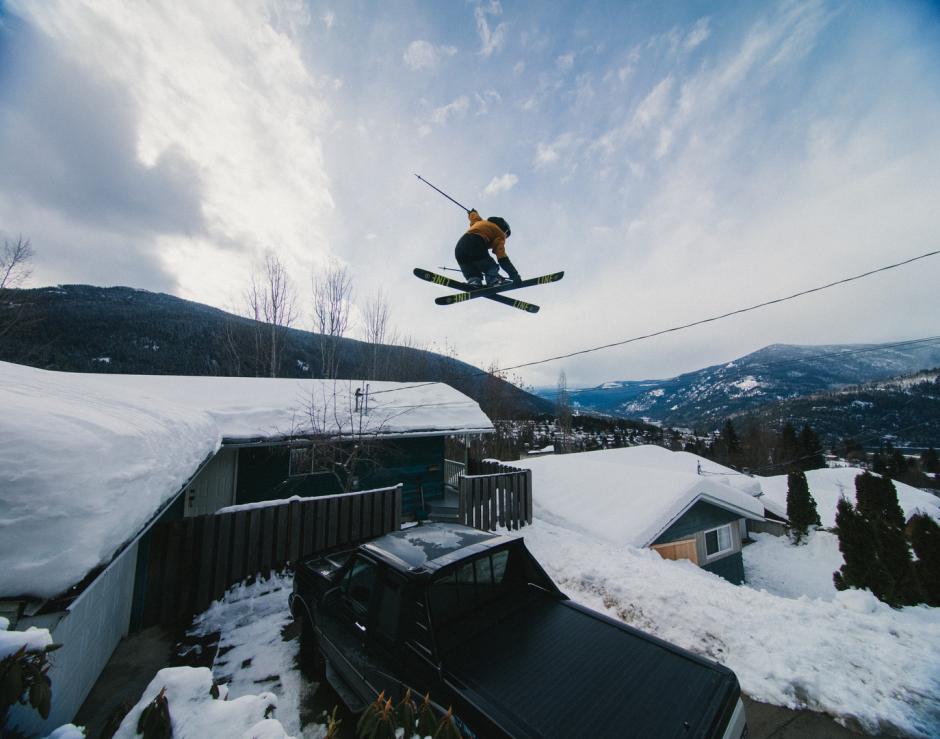 Have you ever been that little kid sitting in the back seat of your parents car, wishing you were somewhere else? So you imagine a skier on the side of the road, your fingers commanding back flips and roof drops, improbable rail slides and huge airs. Well what if your imagination came to life?

“For fanatics of winter sports, the first snow and turns of the winter always bring huge smiles to our faces, and have us giggling like little kids. This film can’t fail to make you smile. With very clever storytelling, hugely complex production and careful consideration of every small detail, it takes us into a world most of us have forgotten. A place where anything is possible, and the only limits are the limits of our mind.” 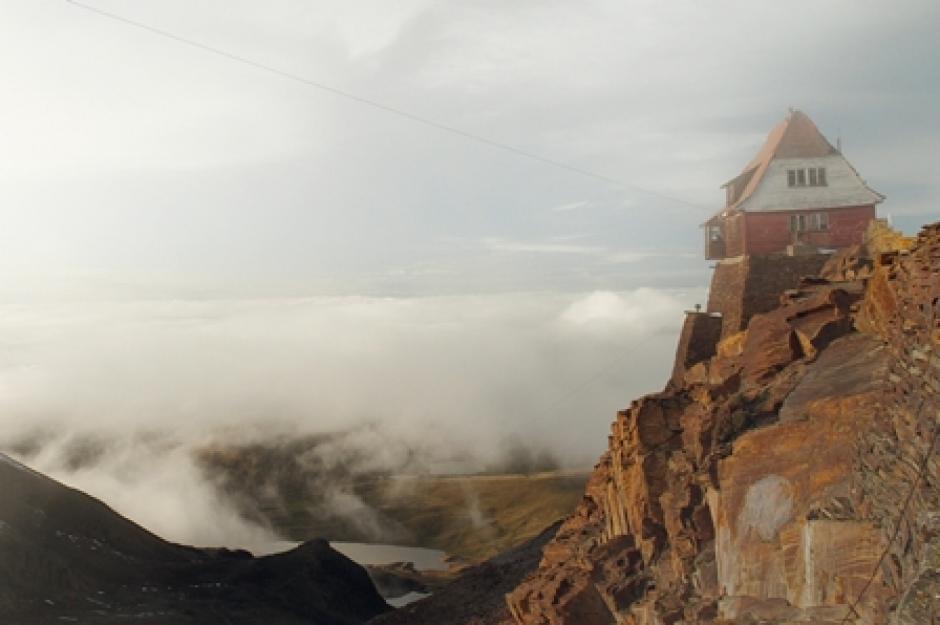 Image from the film Samuel in the Clouds

Samuel in the Clouds

In Bolivia, the glaciers are melting. Samuel is an old ski lift operator whose family has lived and worked for generations in the snowy mountains, but now the snow fails to fall. While scientists are discussing and measuring ominous changes, Samuel honors the ancient mountain spirits as clouds continue to drift by.

“We become connected to films when something resounds deep inside of us. Sometimes a beautiful image or a moving piece of music can stir within us a strong emotional reaction. This film really struck a chord with us because of the honest and original way the topic of global warming is presented. It portrays, in a sobering way, the inner struggle of a man facing an uncertain future as the Chacaltaya Glacier slowly disappears.” 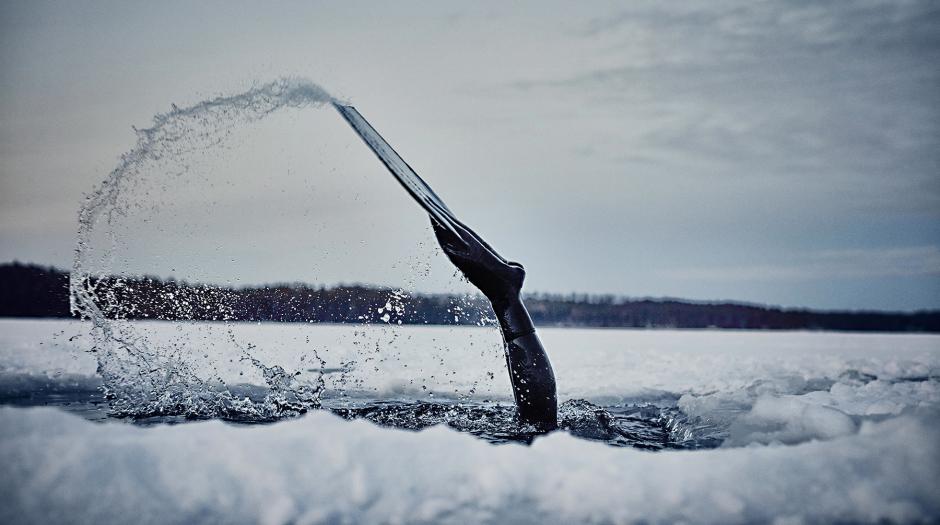 For freediver Johanna Nordblad diving under the ice provides a surreal, calming environment that helps heal her injuries.

“There was one short film all the jury loved. I personally think that this is close to a perfect film. Flawless artistic photography, creative sound design, understanded character profiling... all this contributes to a magical 4 minutes of cinema which features some of the most visually arresting and emotive shots of the festival.” 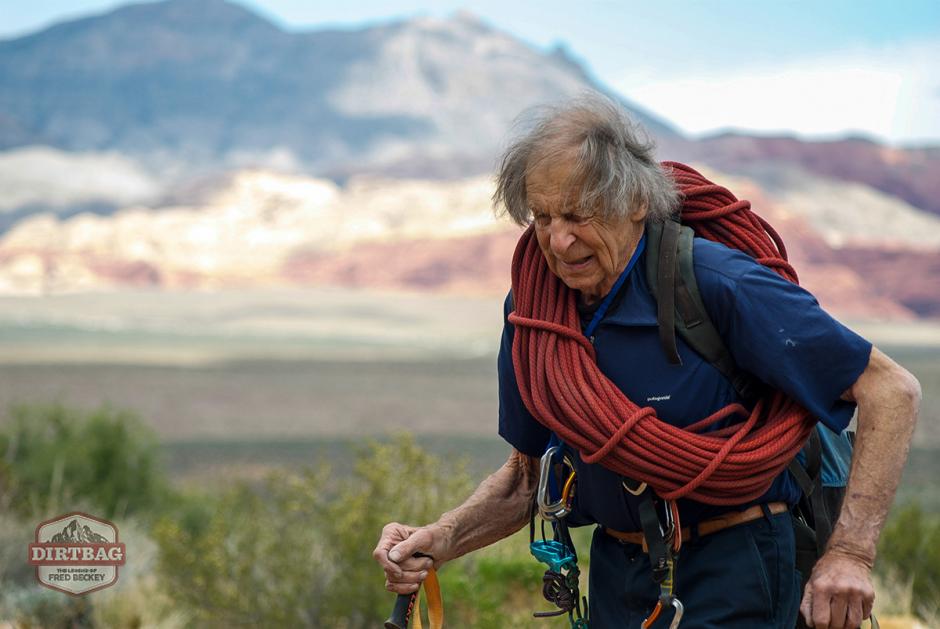 Dirtbag: The Legend of Fred Beckey

Hailed as one of the most influential climbers of all time, Fred Beckey is the original “dirtbag"– one who abandons societal norms and material comforts in pursuit of a nomadic mountaineering lifestyle. Through the 1950s and 60s, Beckey’s accomplishments exceeded anyone in the sport. He shattered records with an unparalleled string of superhuman first ascents, bushwhacking trails, and pioneering direct routes thought previously impassable.

“In a festival that celebrates extraordinary lives, unique characters and dedication to craft, this film stood out in its portrayal of the obsession, focus and sheer tenacity often found in outdoor athletes and adventurers. The viewer gets a thorough view of a renegade individual, who seems only too happy to eschew creature comforts, and frankly most norms of society, for the opportunity to achieve more in his sport. But while his irreverent lifestyle fills the screen, we also had a peek into the intellect of the man, seeing his dedication to extensive research, fastidious documentation, and comprehensive records which are, and will remain, important for years to come. The film documents a decades-long and prolific career of firsts, using insightful interviews, beautiful archival footage and fun animation. We watch as the subject, in the sunset of his life, hunched over, with two walking sticks, demonstrates the stubbornness and singular-focus that has defined the career of someone widely considered to be one of the most influential climbers in North America .” 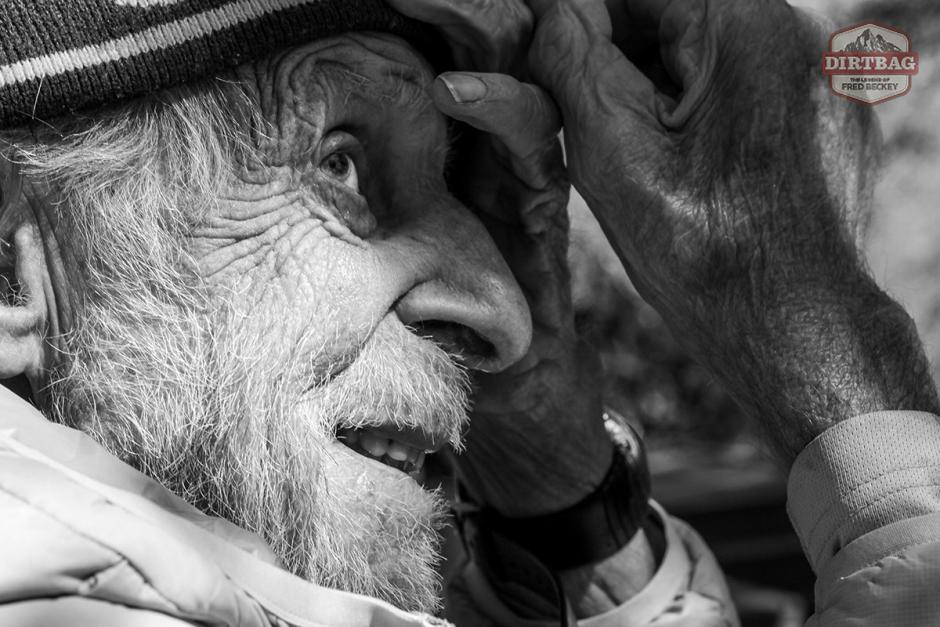 Dirtbag: The Legend of Fred Beckey

Hailed as one of the most influential climbers of all time, Fred Beckey is the original “dirtbag"– one who abandons societal norms and material comforts in pursuit of a nomadic mountaineering lifestyle. Through the 1950s and 60s, Beckey’s accomplishments exceeded anyone in the sport. He shattered records with an unparalleled string of superhuman first ascents, bushwhacking trails, and pioneering direct routes thought previously impassable. 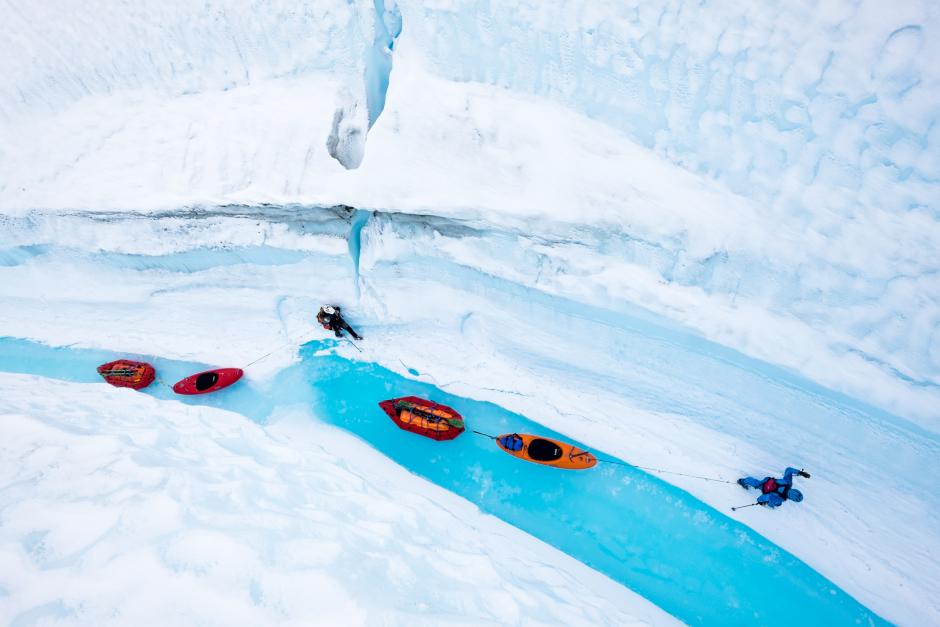 Image from the film Into Twin Galaxies

Three National Geographic “Adventurers of the Year” embark on a remarkable kayaking mission in Greenland. Kite skiing over 1000 kilometers of the Greenland Ice Cap, they tow their white water kayaks to reach the most northern river ever paddled.

“With its spectacular cinematography and absorbing portrayal of an incredibly arduous and bold expedition, this film takes us far out of our comfort zone. Amazing photography in remote wilderness, and it’s probably fair to say, a large amount of suffering and human endeavor, with high performance paddling to boot.”

Ben Page sought an adventure of perfect solitude in the Canadian Arctic. Yet, as he came to realize, the harsh truths of travelling in such a formidable environment were a long way from the romanticisms of a Jack London book.

“There were a few excellent expedition films in the festival this year, some of which were recorded by film crews with extensive budgets and others that were smaller projects, filmed in the ‘self-shot style’ by the adventurers themselves. It is one of these smaller budget films that we would like to recognise with a special jury mention. On many occasions, the best scenes in adventure films are captured when things are going wrong, when times are tough. And so if you are self-shooting, particularly on a solo trip, it requires a huge amount of discipline and dedication to stop having your epic for a moment, get the camera out and then document the very epic you are having. To do that in a blizzard at minus 30 degrees Celsius is particularly impressive.” 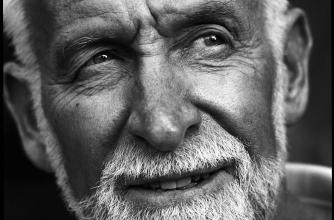 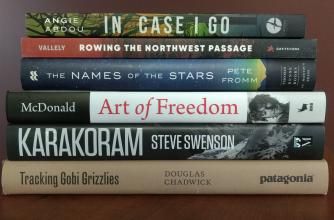 The winners of the 2017 Banff Mountain Book Competition are announced! 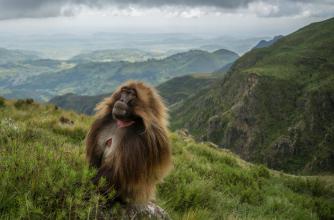