Due to popular demand, a new concert date was announced on March 3! On-Sale February 16 at noon.

Recently signed to Glassnote Records, William Prince is a JUNO Award-winning singer-songwriter whose music is full of emotionally charged experiences that linger in memories. Raised on the Peguis First Nation of Manitoba, Canada, William has been honing his craft since the age of nine when he first picked up the guitar and piano. His biggest inspirations include Johnny Cash, Kris Kristofferson, Charley Pride, Merle Haggard, Willie Nelson and most significantly, his preacher and musician father.

Recorded in just ten days throughout 2015, William alongside producer/collaborator Scott Nolan, created his full-length debut album, Earthly Days. He garnered honours such as “Aboriginal Artist of the Year” at the 2016 Western Canadian Music Awards and “Contemporary Roots Album of the Year” at the 2017 JUNO Awards. In a full circle moment, he inducted Bruce Cockburn into the Canadian Songwriters Hall of Fame and earned praise from not just Cockburn, but fellow inductee Neil Young.

Lead by debut single “Breathless,” 2018 will see William boldly take the next step of his journey with Earthly Days being released worldwide. Watch as William takes the stage here in Banff!

The Manitoba-based musician, who's already a Juno Award-winning star in Canada, enchanted the crowd at City Winery with his warmly enveloping baritone and songs that simply glowed with vulnerability and a sense of resilience... Playing solo while sipping bourbon, Prince was a self-deprecating storyteller mixing unfussy wisdom with gentle wit. - Bruce Warren, NPR music "The Best Acts we Saw at Americana Fest"

On August 30 (2018)  Shaye Zadravec, a 25 year old musician from Calgary, Alberta, released a black and white video of her studio performance of a song called “Lilac Wine”. The song, written in  1950 by James Shelton, had been recorded by many, including  Nina Simone (1954), Elkie Brooks (1981), Jeff Buckley (1994), and Jeff Beck (2010). The video for this beautiful song resonated with people around the world. Tens of thousands of people reacted to the simplicity of the video presentation, and the beauty of Shaye’s honest and understated vocal performance.

Shaye is a singer, a sometimes songwriter, but a full time singer, and an exceptional one – a throwback to the era when great singers lent their voices to the best material and built their careers on the backs of these great songs. To see and hear Shaye Zadravec in concert is (as one noted radio personality commented) “like listening to the greatest radio show you ever heard”. Her repertoire is familiar and unfamiliar at the same time, including songs written by Bobby Darrin, Mary Margaret O’Hara, Lynn Miles, Willie Dixon, Shelby Lynne, Gus Kahn, Chip Taylor and Doc Pomus, just to name a few. She sings with an ease and comfort that washes over the listener….  so subtle, so graceful – no big notes, no overwrought star search theatrics, just pure, unaffected performance beauty.

Shaye Zadravec’s EP “Norway”,  was released in September, 2018, with contributions and support from notables including Hall of Fame songwriter Chip Taylor, Norwegian producer / musician Goran Grini, and the who’s who of her local scene. It was recorded partly in Calgary, Alberta and partly in Skien, Norway. Although Shaye has been gaining notoriety in the Calgary music scene for the past few years, the success of “Lilac Wine”, and “Dear Elvis”, (another video performance for a song from the EP) has thrust her into the national and international spotlight.

If you get a chance to catch Shaye Zadravec in performance, by all means do yourself the favour. You will not regret it!

Due to popular demand, a new concert date was announced on March 3! On-Sale February 16 at noon. 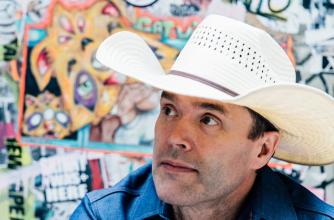