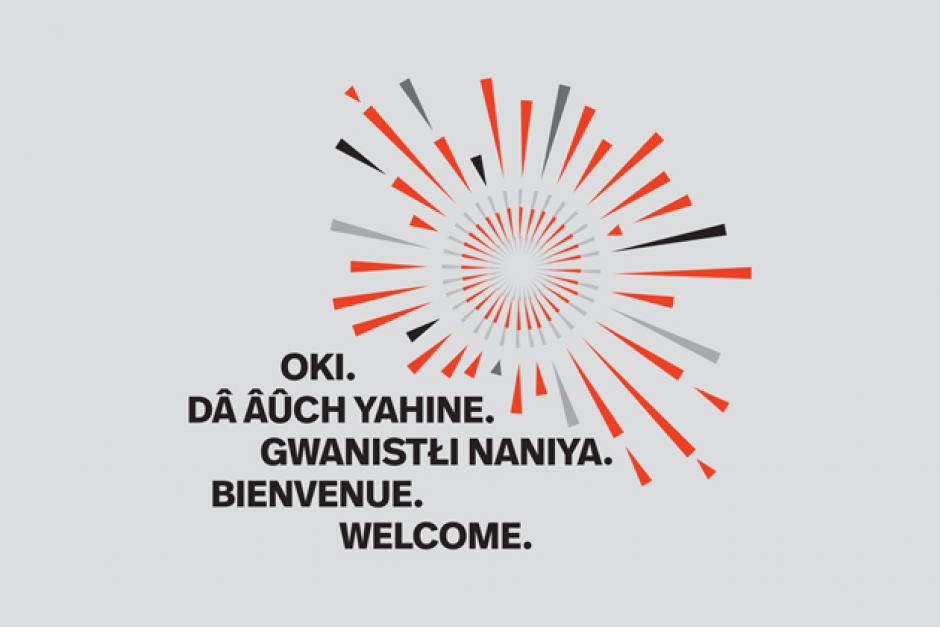 Watch the panel on this page until June 27 at midnight.

This year’s NIPD Panel Discussion is an open dialogue from members of the Indigenous community across the territories who have contributed to the National Indigenous Peoples Day 2021 events. The panel is moderated by Janine Windolph with guest speakers Daryl Kootenay, Helen McPhaden, Asivik Koostachin, Jarret Twoyoungman, Solomon Chiniquay and Bill Snow. Each contribution to the day welcomes and highlights important dialogues taking place in Indigenous communities. This virtual informal panel offers a chance to gather and share as a circle!

Janine Windolph (Atikamekw/Woodland nehiyaw) is a Saskatchewan-based filmmaker and is the Associate Director of Indigenous Arts at Banff Centre for Arts and Creativity. She has her Master of Fine Arts: Interdisciplinary in Indigenous Fine Art and Media Production. Janine and her two sons, Dawlari and Corwyn, are working with the Buffalo Mountain Banff group, and working on the Buffalo Mountain Video Project, and are interested in learning more about stories of the land that the Banff Centre for Arts and Creativity is on.

Janine was producer for RIIS Media Project Inc wherein she co-directed RIIS from Amnesia: Recovering the Lost Legacies (feature-length documentary). She helped co-produce multiple short documentaries, a dance video and a music video. Janine’s filmography also includes roles as producer, director, narrator, writer and/or editor. Janine directed and wrote Stories Are In Our Bones, Lifegivers: Honoring Our Elders and Children, and The Land of Rock and Gold. Janine also collaborated with her sons, Dawlari and Corwyn to create a short film Ayapiyâhk ôma niyanân “Only us, we are here at home” for Greetings from Isolation online video project.

Daryl Kootenay is a young indigenous youth leader, artist, Father, facilitator, and a role model to many indigenous and non-indigenous youth in his community and surrounding communities of the Stoney Nakoda Nation, Alberta. Daryl Kootenay is Stoney Nakoda through his mother’s heritage and is also from the Navajo Nation in New Mexico from his father’s heritage. Daryl utilizes his traditional knowledge, art, dance and international experience to promote and educate people of all ages with his experience in cross-cultural relations. Daryl is known for his international experience and volunteer work in such countries as Africa, Peru, Nicaragua, Mexico, England, France, America, Canada and continues to work with young leaders across turtle island on various projects related to humanitarianism with a key focus on Indigenous global issues but as well as local issues his community and surrounding indigenous and non-indigenous nations and communities are facing. Daryl has been working with indigenous and non-indigenous youth for well over 8 years and has recently become a faculty member of the Banff Center for Indigenous Leadership. After returning to his home community Daryl has worked extensively in co-founding a grass roots organization known as the Nakoda Youth Council and was very successful in resourcing and coordinating a youth delegation from the Stoney Nation to attend the Permanent Forum on Indigenous Issues at the United Nations Headquarters in New York City (2017). Daryl was recognized for his local, national and international work by the Governor General of Canada and was awarded the Sovereignty’s Medal for Volunteers at the Rideau Hall, Ottawa. Most recently Daryl was recognized as one of Alberta’s “Top 30 under 30” apart of Alberta’s Council for Global Cooperation for the year of 2019.

Helen McPhaden Helen McPhaden is the executive director and founder of the Stardale Women’s Group. Her passion has been to educate and advocate for girls and women’s rights. Helen has served on many committees, such as National Aboriginal Achievement Foundation – Taking Pulse – Education for Indigenous youth, Canadian Congress on Learning – Nourishing the Learning Spirit Bundle, Senator Romeo Dallier’s committee for Sexual Exploitation of Children and Youth, and the Saskatchewan Missing Indigenous Women’s Conference. Helen has designed the numerous projects and initiatives for Stardale with the intent of educating the girls, as well as the public. She strives for excellence in the Stardale Model when empowering the girls, with the hopes that many of the young girls would become future leaders.

Bill Snow is a member of the Stoney Nakoda Nations, Wesley First Nation, and Bill is the Acting Director of Consultation for Stoney Tribal Administration. This work involves the assessment of industrial resources projects that involve consultations with the federal, provincial governments, as well as industry, within Stoney Nakoda Traditional Lands. Bill is a graduate of the University of Lethbridge, Business Administration program. Since 2014, Bill assisted in coordinating ceremonies for Stoney Nakoda Nation for the Bison Reintroduction at Banff National Park & Elk Island National Park, as well as conducting a cultural study on Bison in the Reintroduction Zone with Parks Canada. Since 2012, Bill has been an advisor & presenter for the University of Alberta “Thinking Mountains” Conference, the “Mountains 101” online program, and Canadian Mountain Network initiative, and in 2018, Bill became a “Director at Large” with Canadian Wildlife Federation. Bill lives in Calgary, and works at the Stoney Indian Reserve at Morley, Alberta.

Born in Ottawa, raised in Toronto in 1994, Asivak Koostachin is the eldest of 5 brothers and currently lives in Vancouver, BC, Canada. He is of mixed ancestry, Cree from Attawapiskat first Nation and Inuk From Inuvik, Northwest Territories, with blood ties to Norway and Ireland as well. At the age of 12 he booked his first National television commercial for Health Canada, from there he has consistently pursued the craft of acting. That path has Lead him to Appear in multiple critically acclaimed Television series "Cardinal" & "Leterkenny" and Starring as the lead in a Canadian Feature Film "Red Snow" as well as two supporting roles in the features “Portraits From a Fire” (Trevor Mack) & “Running Home” (Zoe Hopkins). For the entirety of Asivak's life he has been immersed within in Cree Culture, speaking Cree in his early years and participating in Ceremony throughout his life to this very day. He believes that weaving the old ways with the new will be an essential part of moving forward through this world in a good way.

Jarret Twoyoungmen is an emerging filmmaker whose passion is improving the lives of children and youth. He has training and experience in animation, sound engineering, voice acting, editing, and directing. He co-founded the Nakoda AV Club which is dedicated to helping people tell their own stories through film animation and storytelling arts. He is a director for the Club, and is instrumental in the organization’s ability to connect with youth and Elders, and to tell stories in a traditional way. His works have shown at Imaginenative, the New York University Indigenous Film Festival, and the Winnipeg Film Festival (where his film North Peak won best short animation). His first language is Nakoda (Îethka).

Soloman is a consumer, cosplay, portrait, and social documentary photographer and filmmaker based between Mînîthnî and the west coast. He has a unique cinematic style from his years studying and working in film. His strong technical and creative has compelled him to establish a deep understanding of photography and visual language. He studied at the Vancouver Institute of Media Arts, and recently completed a residency for Wedge hosted by Ground Floor and The Contemporary Art Gallery on the territory of the Musqueam, Squamish and Tsleil-Waututh. He works in the film industry where his recent credits include The Body Remembers when the World Broke Open, Rehab, Mom vs Machine, and D.I.Y. 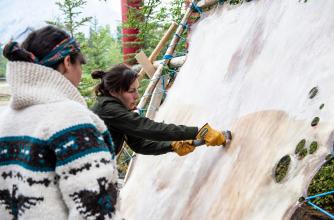