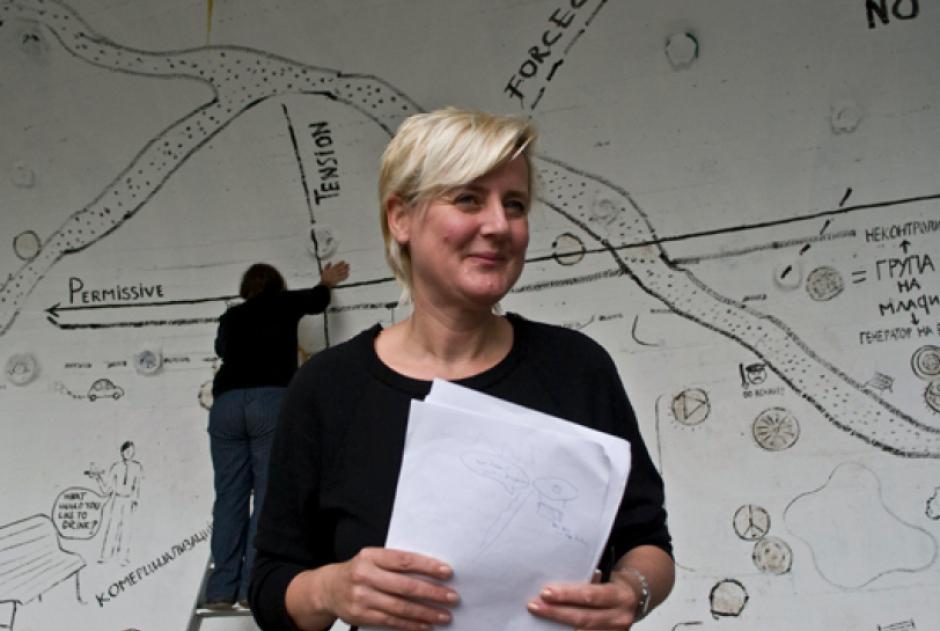 The Visual Arts Lecture Series presents talks by leading Canadian and international artists, curators and academics. Join Jeanne van Heeswijk, lead faculty for Training for the Not Yet, for this talk.

Jeanne van Heeswijk is an artist who facilitates the creation of dynamic and diversified public spaces in order to “radicalize the local”.  Her long-scale community-embedded projects question art’s autonomy by combining performative actions, discussions, and other forms of organizing and pedagogy in order to assist communities to take control of their own futures.

Her work has been featured in numerous books and publications worldwide, as well as internationally renowned biennials such as those of Liverpool, Shanghai, and Venice. Among her numerous awards include the Keith Haring Fellowship in Art and Activism at Bard College (2014-2015), the Curry Stone Prize for Social Design Pioneers (2011), and the Leonore Annenberg Prize for Art and Social Change.  She lives and works in Rotterdam.