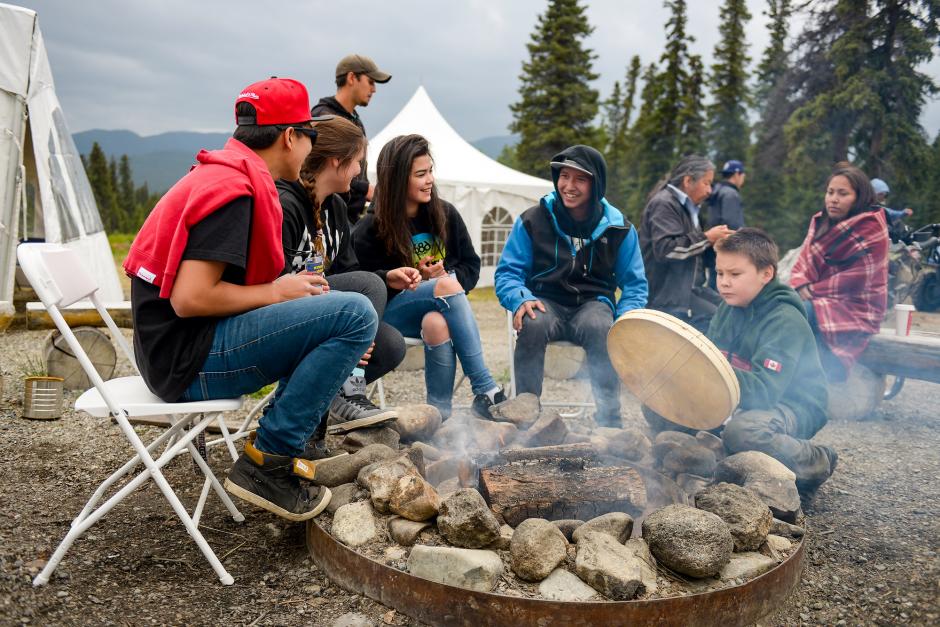 The Our Voices annual gathering of youth, elders, inspirational guest speakers was the recipient of the Wise Practices Community Learning Initiative

When Kluane Adamek’s cousin committed suicide, she struggled with trying to understand how a young person could get to such a place. As she searched out support and coping strategies from a community that has been consumed by this all too familiar circumstance, she realized that there wasn’t as much in place as might be expected.

Out of this difficult situation, Adamek connected with a core group of Yukon youth and collectively began to look at potential opportunities to address a growing concern in remote northern communities: drug and alcohol abuse, bullying, racism, cultural underrepresentation in educational systems, and ongoing depression leading to high suicide rates. This network of emerging leaders inspired a project known as Our Voices as a way to encourage and equip youth across the Yukon, Northwest Territories, and northern British Columbia with the capacities to overcome the specific challenges they face.

“We wanted to create a space to honour youth. Not when they pass away, but to let them know they matter and are important now,” said Adamek, who co-chairs more than 30 group members alongside Wilfred Johnson and Jordan Peterson. “It was a hard time in the territory. We wanted something that could inspire, engage, and a set of tools to help us thrive. If we help one person choose life we’ve done something.”

A fellow with the Walter and Duncan Gordon Foundation who works on youth engagement and education projects in he Yukon, Adamek knew that one of the biggest challenges Our Voices would face was the feelings of isolation found within remote and under resourced First Nations communities. To address this, Our Voices coordinated a gathering of over 150 youth, Elders, and inspirational guest speakers to kick start a sense of connection. The event focused on networking opportunities, sharing knowledge and traditional cultures, generating a sense of identity for youth, confidence and capacity building, and health and wellness initiatives.

“[Yukon youth] are in desperate need of positive role models, experiential leadership training based on traditional values and contemporary skills, and most of all, a network of peers and mentors who support them to choose healthy pathways to success,” said Math’ieya Alatini, Chief of the Kluane First Nation, one of fourteen Yukon First Nations communities engaged with the project. “Youth in their teens and early twenties are facing a new set of challenges for which there has been little support and understanding to date.”

The overwhelming success of the initial gathering led to a strong recommendation that the initiative continue to grow and look at ways to develop comprehensive leadership training and a cohesive support network of youth in each community.

We wanted to create a space to honour youth. Not when they pass away, but to let them know they matter and are important now.

“After the initial gathering we recognized the need to have young people passionately involved in pushing the initiative forward. We needed to build them to be strong leaders and better prepare them to make the positive change they want to see in their communities,” said Katie Johnson, lead project consultant. “It’s a ripple effect. It’s not just one community that benefits, but all youth in the north. When you see momentum like this happening you really start to believe that change is happening. You just need the right resources, people, and partners. The opportunities are limitless. There is so much this group can do.”

Our Voices has worked closely with Banff Centre for Arts and Creativity through the Wise Practices Community Learning Initiative, a fully-funded opportunity provided by Suncor Energy Foundation. Over twelve months, they co-created a series of training and mentoring programs that reflected the needs of Our Voices and learned project management, strategic planning, and leadership development skills. The goal was to help foster the growth of passionate, confident, and competent youth leaders between the ages of 18 and 35. The group has worked closely with faculty member Murray Dion on a 3-year strategic plan, how to move that vision forward tactically, what is the structure of the organization, and tools for communicating across remote areas.

“Murray is awesome. We’ve gone through so much with him. He’s honest and real and requires us to be innovative. We were all so blown away by everything he taught us. People with business backgrounds and others without experience all left the first training session with a totally different perspective on how to develop an organization from the ground up,” said Adamek.

With eleven of the fourteen Yukon First Nations having negotiated land claims and self-government agreements, the need to prepare youth for key leadership roles is stronger than ever.

One of the key pieces to Our Voices is maintaining relationships with Elders to ensure a close connection to traditional and contemporary values.

Hosting an annual gathering has proven to be a way to do this, as a second event was held in the summer of 2015 with more than 200 participants in attendance. It has given youth a chance to share their stories and talk about

solutions and a unified vision alongside Elders. One potential idea is having the annual gathering hosted by each Nation so they have the opportunity to be fully engaged partners.

“We have been able to bring together people from across the Territory who would not have had the opportunity to connect. We are seeing more opportunities for support with community level initiatives because our network continues to grow,” said Adamek. “We are seeing more collaboration and more conversations across communities and really working hard at removing these boundaries. It has been incredibly powerful, the work that we are doing is setting the stage for the next generation of Indigenous leaders, to recognize their responsabilities and take the reins.” 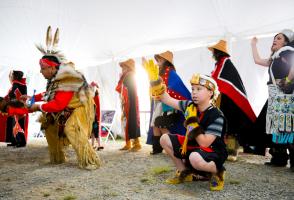 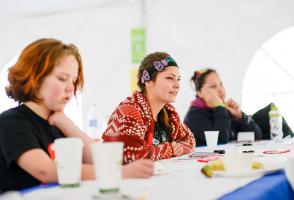 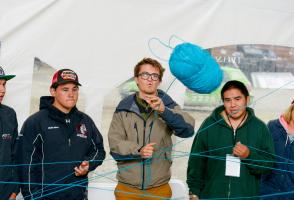