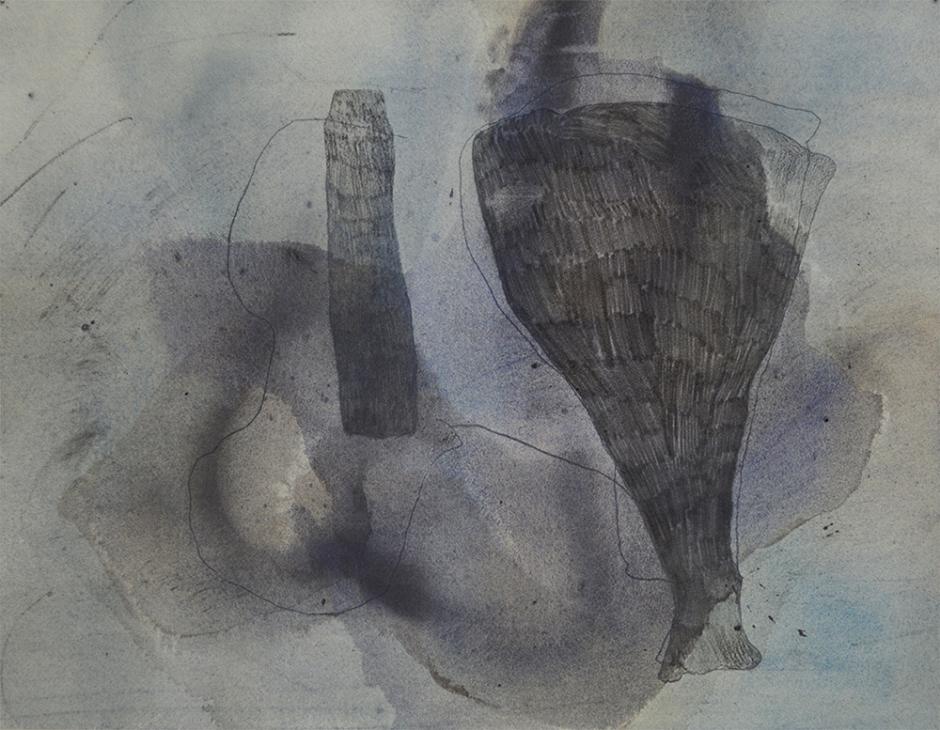 Join Walter Phillips Gallery for a half-day series of programming in conjunction with the exhibition, If the river ran upwards. Butterflies, soil, silt, and water will feature talks and exhibition tours led by artists Carolina Caycedo, Genevieve Robertson, T’uy’t’tanat-Cease Wyss and Anne Riley, as well as a presentation by Macarena Gómez-Barris, Chairperson of the Department of Social Science and Cultural Studies and Director of the Global South Center at Pratt Institute.

2:45 - 3:30: a chrysalis of being
Talk by T’uy’t’tanat-Cease Wyss and Anne Riley
Location: Mike MacDonald’s Butterfly Garden (1999); adjacent to Glyde Hall

Decolonial Futures: Beyond the Extractive View

As scholars, activists, and artists, how can we address spaces of ruinous capitalism to raise the possibility of decolonial futures? One way is to name and move beyond the extractive view, or forms of visuality, perceptions, and knowledges of production that exceed mere capitalist valuation to offer other ways to organize social life.

In the book The Extractive Zone: Social Ecologies and Decolonial Perspectives (Duke University Press, 2017), Macarena Gómez-Barris shows how the last forty years represent a period of planetary extractive intensification with new technologies, such as digital mapping, facilitating corporate, militarized, and state and legal control over the Earth’s eco-pools. Though the anglocentric and universalizing logic of the anthropocene presumes full colonization and extinction in such spaces, we might instead foreground how the histories of extractive geographies have always been organized through modes of being, doing, thinking, and living that refuse the gender/sex/class and racial order of colonial capitalism.

In this talk, Gómez-Barris will discuss an-aesthetics in relation to extractive capitalism that finds routes away from the normative assumptions that Indigenous territories are there for the taking, focusing on the work of artists, activists and scholars in the Americas that perceive practices otherwise in relation to land and sea. Challenging and subverting the extractive logics that circulate through a sensorium that has been capitalized, as much as it is continually decolonized, recentres critical hope for local and planetary futures.

Thinking through the river

Join artists Carolina Caycedo and Genevieve Robertson and exhibition curator Jacqueline Bell for an introduction to the Walter Phillips Gallery exhibition, If the river ran upwards. Currently based in Nelson, Genevieve Robertson will discuss her body of work, River Drawing (2015), which reflects on Vancouver’s heavily industrialized Fraser River through an expanded conception of drawing, as well as on notions of submersion and embodiment. Robertson will also discuss her involvement with River Relations, self-described as “an interdisciplinary artistic research project undertaken as a response to the damming and development of the Columbia River in British Columbia, Washington and Oregon, and the upcoming renegotiation of the Columbia River Treaty.”[1] Los Angeles-based artist Carolina Caycedo will speak to her ongoing body of work, Be Dammed, which focuses on the impact of large-scale dams in riverine communities across the Americas. Following the tour, Caycedo will discuss a selection of artist books from the collection of Banff Centre’s Paul D. Fleck Library and Archives in relation to her work, Serpent River Book (2017); a published collection of photographs, drawings, maps, photo collages, and text drawn from the past five years of the artist’s research. The selected artist books will be on display in the lobby of Walter Phillips Gallery for the length of the afternoon’s programming.

a chrysalis of being

What happens inside a chrysalis or cocoon? One day, the caterpillar stops eating, hangs upside down from a twig or leaf and spins itself a silky cocoon or molts into a shiny chrysalis. Within its protective casing, the caterpillar radically transforms its body, eventually emerging as a butterfly or moth .[2]

In 1999, Mike MacDonald planted Butterfly Garden outside Walter Philips Gallery to nurture, nourish and protect the native species of the area. This permanent public artwork by the Mi’kmaq artist was taken as a point of departure by artists T'uy't'tanat-Cease Wyss and Anne Riley when invited to contribute to the current Walter Phillips Gallery exhibition, If the river ran upwards. Wyss and Riley’s new sound work on cassette tape, Soundtrack for the Radical Love of Butterflies (2018), consists of recordings aimed to confound, challenge and break colonial time; including interviews engaging with social justice groups, soundscapes of pollinators at the Harmony Garden at Humul chs’n, North Vancouver, and teachings from elders. Join the artists on-site in the Butterfly Garden where their talk will reflect on the history of the work, offering a place and time that honours the more-than-human species of this space. The work, Soundtrack for the Radical Love of Butterflies will also be launched at the event, and freely distributed on cassette tape to those in attendance.

[W]ith these new gardens, I am hopefully providing a space where people can focus on and think about questions…so as to come up with some better alternatives. Our cities are becoming pretty ugly in terms of what happens there. - Mike MacDonald[3]

[1] “River Relations: A Beholder’s Share of the Columbia River,” http://www.riverrelations.ca/ .

[2] “How Does a Caterpillar Turn into a Butterfly?” Ferris Jabr, August 10, 2012,  https://www.scientificamerican.com/article/caterpillar-butterfly-metamorphosis-explainer/ .

Carolina Caycedo was born in London to Colombian parents and currently lives and works in Los Angeles. She transcends institutional spaces to work in the social realm, where she participates in movements of territorial resistance, solidarity economies, and housing as a human right. Caycedo’s artistic practice has a collective dimension to it in which performances, drawings, photographs and videos are not just an end result, but rather part of the artist’s process of research and acting. Through work that investigates relationships of movement, assimilation and resistance, representation and control, she addresses contexts, groups and communities that are affected by developmental projects, like the constructions of dams, the privatization of water, and its consequences on riverside communities.

Macarena Gómez-Barris is Chairperson of the Department of Social Science and Cultural Studies and Director of the Global South Center at Pratt Institute, New York City. She is the author of three books including The Extractive Zone: Social Ecologies and Decolonial Perspectives that theorizes social life, art, and decolonial praxis through five extractive scenes of ruinous capitalism upon Indigenous territories (Duke University Press, 2017). Gómez-Barris is also the author of Beyond the Pink Tide: Art and Political Undercurrents in the Americas (2018), Where Memory Dwells: Culture and State Violence in Chile (2009), and co-editor with Herman Gray of Towards a Sociology of a Trace (2010). She has published numerous articles and essays in art catalogues as well as peer reviewed journals, including writing on the work of Julie Mehretu, Laura Aguilar, Carolina Caycedo, Regina José Galindo, Cecilia Vicuña, Francisco Huichaqueo, and Patricio Guzmán. Gómez-Barris was a Fulbright fellow at Sociology and Gender Department in FLACSO Ecuador, Quito.

Anne Riley is a multidisciplinary artist based in Vancouver. Her work explores different ways of being and becoming, touch, and indigeneity. Riley is Cree and Slavey Dene from Fort Nelson First Nation and received her BFA from the University of Texas, Austin. She has exhibited both in the United States and Canada. Recently, her public art project with indigenous artist T'uy't'tanat-Cease Wyss, A Constellation of Remediation (2017-2019), was commissioned by the City of Vancouver for the Artist-Initiated Projects. The two-year project will consist of four Indigenous Remediation Gardens planted on vacant gas station lots throughout the city.

Genevieve Robertson is a drawing-based interdisciplinary artist with a background in environmental studies. Her practice explores the material around the body and under the feet: water, oil, wind, silt, flora, fauna and mineral. Her drawings are often comprised of found organic materials collected on-site, and map a visceral and long-term engagement with specific regions. Through recent research on the Salish Sea and the Fraser and Columbia rivers, she has engaged with the complexities that emerge when relating to land and water in a time of large-scale industrial exploitation. Her work is informed by a personal and intergenerational history of resource labour in remote forestry camps on the West Coast of British Columbia. Robertson holds an MFA from Emily Carr University of Art + Design, Vancouver and a BFA from Nova Scotia College of Art and Design University, Halifax; and has participated in numerous art residencies internationally. Robertson has exhibited her artwork in venues including the Libby Leshgold Gallery, Vancouver; The Pensacola Museum; Nanaimo Art Gallery; Touchstones Museum, Nelson; Or Gallery, Vancouver; The New Gallery, Calgary; and the James May Gallery, Algoma. Robertson presently resides in Nelson where she serves as Executive Director for Oxygen Arts Centre.

T'uy't'tanat-Cease Wyss (Skwxwu7mesh/Sto:Lo/Irish Metis/Hawaiian/Swiss) is an interdisciplinary artist who works with new media, performance, and interdisciplinary arts. She is a community engaged and public artist with works that range over twenty-five years and focus on sustainability, Coast Salish cultural elements and themes of ethnobotany and digital media technology. Wyss is an emerging weaver focusing on a textiles art practice through Coast Salish weaving techniques in wool and cedar. She is exploring how Polynesian weaving and interactive art and design can be brought together in her interdisciplinary art practice. The artist also helped to build and currently stewards an indigenous community garden in the village of Xemelchts’n [also known as the Capilano Reserve, North Vancouver].

Wyss recently worked on an app that launched through Presentation House, Vancouver (now Polygon Gallery, Vancouver) that focused on the “Cultural Crossings” between her community and the non-indigenous communities that co-exist in North and West Vancouver.  Other publications include herbariums with grade 7 students, focusing on indigenous plants of the Pacific Northwest Coast (Contemporary Art Gallery, Vancouver, 2017); a short story on her early life with her family looking at fish camp stories for Sustenance (Anvil Press, Vancouver, 2017); and a collaborative project titled Journey to Kaho’olawe (grunt gallery, Vancouver, 2017) with German artist Hans Winkler. Wyss is a member of the Aboriginal Writers Collective West Coast, as well as the Ya-Howt Indigenous Women’s Permaculture Cohort and lives in East Vancouver. She is a beekeeper and community engaged gardener, decolonizing through indigenous women and permaculture. 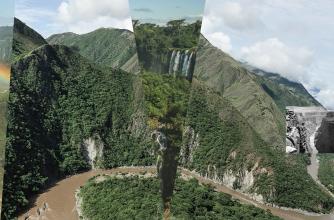 Please join Walter Phillips Gallery for a tour and discussion of the exhibition, If the river ran upwards. 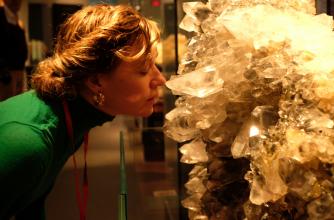 Join artist Diane Borsato and exhibition curator Jacqueline Bell for a lunchtime tour of, If the river ran upwards, the summer exhibition at Walter Phillips Gallery.