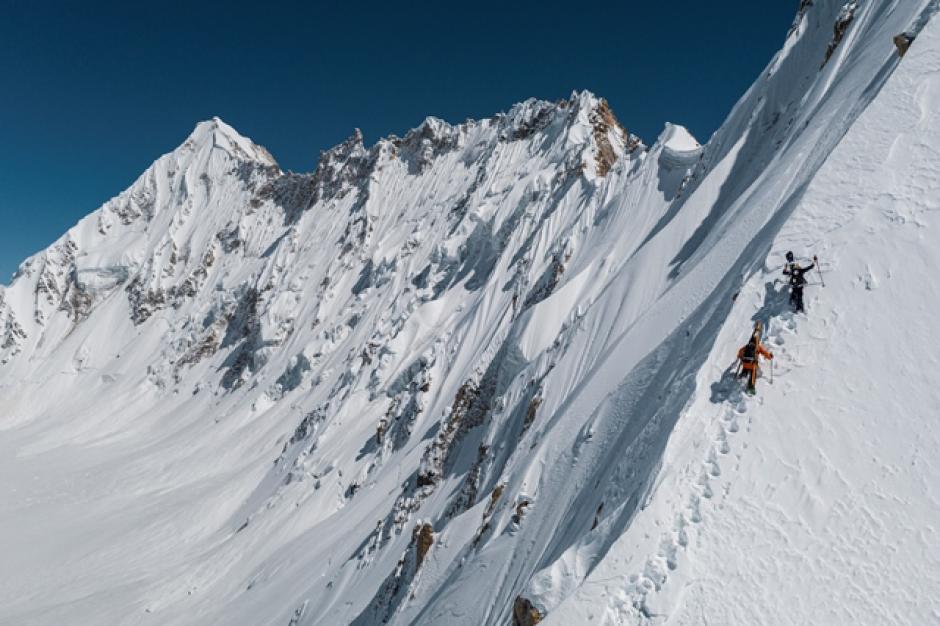 Image from the film La Liste: Everything or Nothing © Jeremy Bernard

The world’s top films in adventure, environment, and adrenaline sports were received in competition – a total of 372 films from 36 countries around the world. 76 films from 12 countries have been selected as finalists by pre-screeners, with 18 World premieres, 9 North American premieres, and 14 Canadian premieres. View the full list of 2021 Banff Mountain Film Competition finalists here.

Kudos to the filmmakers who continue to provide us with outstanding content year after year, even amidst a global pandemic. All indicators suggested that 2021 would not be a strong year for film completion with production crews and athletes in lock-down, but I’ve never been happier to be proven wrong. The films submitted to this year’s competition are better than ever.

Audiences will be able to see a great selection of online and in-person film screenings – here are some films not to be missed:

The Arctic: Our Last Great Wilderness
(Austria, 2020, 44 mins)
Director: Myles Connolly, Florian Schulz
Producer: Walter Köhler, Wolfgang Knoepfler
Imagine a place in the far north of Alaska that is vast, wild, and magical – where one of earth’s greatest natural spectacles unfolds. Princess Daazhraii Johnson of the Gwich’in tribe reveals the land that has sustained her people for untold generations. Journey with National Geographic photographer Florian Schulz on his five-year quest to film the elusive 200,000 strong Porcupine Caribou herd as it migrates to the Arctic Coastal Plain, one of the longest animal migrations on earth.
Screenings:
Moti Bagh and The Arctic: Our Last Great Wilderness - Feature Film | Live (Sun Oct 31, artsPlace, Canmore)
The Arctic: Our Last Great Wilderness - Feature Film | Virtual

Horse Tamer (Alberta Premiere)
(France, 2019, 85 mins)
Director: Hamid Sardar
Producer: Vivien Lemaignan
In the Darhat valley in northern Mongolia, the horses of nomadic tribes are disappearing. Bandits steal horses from their owners, and sell them for a few rubles in Russian slaughterhouses. But Shukhert, a vigilante Darhat horseman, pursues them relentlessly, all the way to the edge of Mongolian taiga, on the border with Siberia.
Screenings:
Horse Tamer - Feature Film | Live (Mon Nov 1, artsPlace, Canmore)
Horse Tamer - Feature Film | Virtual

Precious Leader Woman (World Premiere)
(Canada, 2021, 46 mins)
Director: Cassie De Colling
Producer: Hayley Morin, Mack Stannard
Hailing from the remote village of Alert Bay, British Columbia snowboarder Spencer O’Brien dedicated her life to becoming a world champion. But, being driven to win came at a cost. Snowboarding at the elite level was taking Spencer further from her Indigenous heritage than she realized. Precious Leader Woman tells Spencer’s story from childhood to the world stage, to coming full circle to embrace her identity as she pushes forward bringing her heart and soul to her next challenge, the backcountry.
Screening:
Precious Leader Woman - Feature Film | Virtual

La Liste: Everything or Nothing (World Premiere)
(Canada, 2021, 70 mins)
Director: Eric Crosland
Producer: Malcolm Sangster
In 2016, Jérémie Heitz made a list of The Alps’ most iconic descents and skied them faster than they’d ever been skied before. The feat represented a complete reimagining of classic ski descents and a progression into a whole other level of freeriding. But in the words of legendary ski mountaineer, Sylvain Saudan: “You’ve done it in Switzerland, now you must do it in the world”. The feature documentary follows Jérémie and his trusted mountain partner Sam Anthamatten as they seek out ski descents in the planet’s highest mountain ranges.
Screenings:
Snow Show | Live (Sun Oct 31, Jenny Belzberg Theatre)
Snow Show | Live (Fri Nov 5, Lux Cinema Banff)
Snow Show | Live (Sat Nov 6, Lux Cinema Banff)
La Liste: Everything or Nothing - Feature Film | Virtual

Find out more about the 2021 Banff Centre Mountain Film and Book Festivals lineup of films and speakers, the schedule for the live and virtual events, “how to” watch, festival tips, and live Q&A with Festival Director Joanna Croston on Friday October 8, 12:30pm MT.

The Festival schedule is now available online and passes and tickets can be purchased at banffmountainfestival.ca or Banff Centre Box Office (tickets for live in-person events in Banff from $15-$25 CAD, early bird virtual passes $125 CAD available until October 15).

If you’d like to provide media coverage of the 2021 Festival, please submit a media accreditation application form (submissions open until October 16).