Classical Music on the Rise 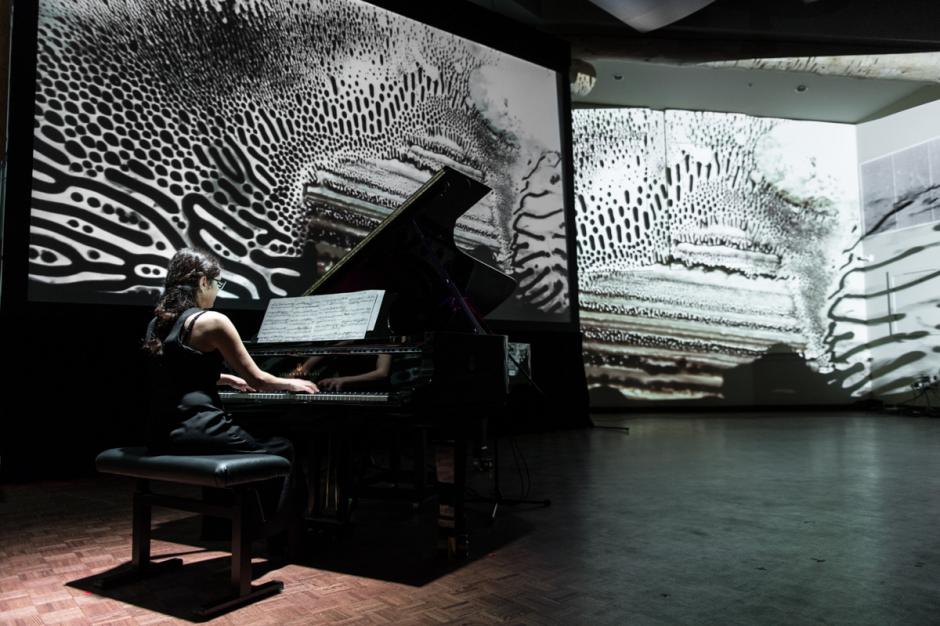 A performance from the 2016 residency Concert in the 21st Century, where performers explore innovative ways to present music.

Location, location, location: So goes the old real estate cliché. The triptych for today’s classical musicians, I propose, is integrity, integrity, integrity. Integrity is what assures the survival of classical amid widespread and unsupported claims of its decline. After decades of listening, I am still astounded by how firmly musicians believe in what they do and how earnestly listeners wish to share their joy in doing it. Equally astounding is the immediate connection performers and listeners alike can feel with music written either 400 years ago or last month. "My my, hey hey," sings Neil Young. But classical is truly the music that is here to stay.

Integrity, of course, is made of parts. It incorporates awareness of the need to practice and the good judgment—typically provided by a teacher—of what to work on and how much. For auditioning violinists, a thorough acquaintance with Strauss’s Don Juan is famously necessary. But I should like to think that the daily routine is animated by a touch of adventure. The transcendent piano mastery of Sviatoslav Richter (1915-1997) cannot be unrelated to his early attempts to be a painter and his habit in youth of playing spontaneous reductions of Wagner operas from the score. Possibly this restless intellect also turned him into the only A-list recitalist who regularly performed with sheet music in front of him. Classical could not thrive in a world full of Richters, each playing in a darkened hall, refusing to fly across the ocean, deciding on repertoire at the last minute, and so on. Individualism has its limits. Where to place those limits is, in some respects, the central question.

Most agree that Glenn Gould (1932-1982) carried his contrarianism too far in Mozart. His ultimate act of individuality was to cease public performance altogether. If a world full of Richters would be hard to sustain, imagine the desert that would be a world full of Goulds. Yet this Canadian’s impulse to be different was supported by a savagely brilliant insight into everything he played. No one did “bad” better. The lesson for the aspiring recitalist is not to become a Gould, but to let a little Gould—a little individuality—find its way into every performance. Standard repertoire comes back again and again, not only because audiences want to be reassured but because they want to be surprised. And every pleasant surprise is the result of a little outburst of integrity.

Good intentions are not enough. Talent might be hard to define, but it is inescapably mandatory.

No regimen of practice would produce from me a performance of a Bach prelude and fugue worth hearing. Arthur Rubinstein (1887-1982), to jump to the other extreme of giftedness, admits to laziness so often in his memoirs that one has the impression that, by confessing to his sin, he thinks he can expiate it. Yet, as the rehearsal pianist in 1907 for the Paris premiere of Richard Strauss’s Salome, Rubinstein—whom we think of as a master of Chopin nocturnes and mazurkas—quite naturally learned the opera by heart. 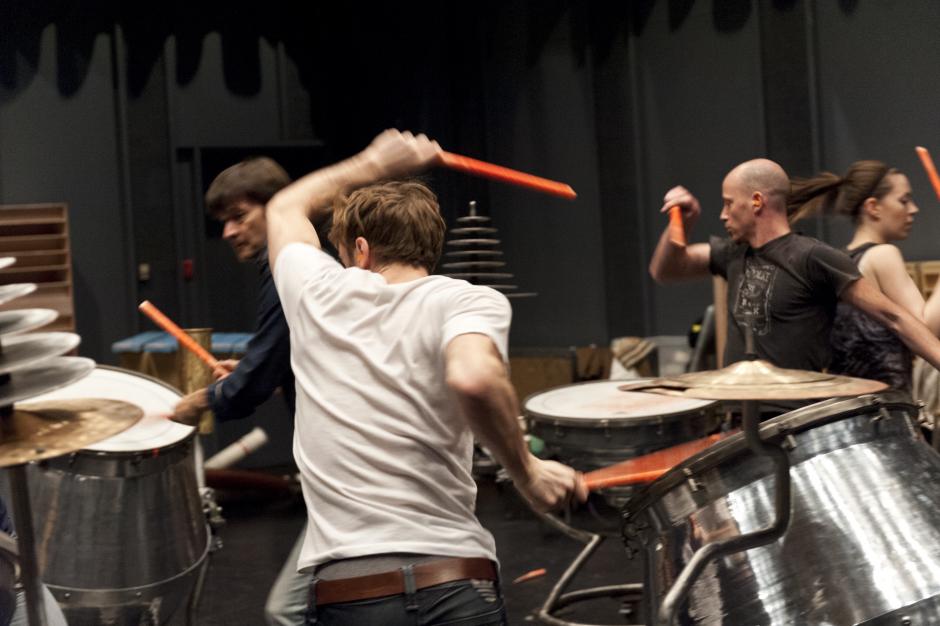 Gregory Kozak and ScrapArtsMusic's unique "power-percussion" style was developed during a three-month residency at Banff Centre.

But if in some respects things ain’t like they used to be, in many ways the evolution of performance has been strongly positive. “The level of mediocrity is constantly rising,” the pianist and educator Leon Fleisher commented in an interview for the Montreal Gazette several years ago. And it has surely risen since. Fleisher told me that while the mountain is becoming more massive, the altitude of the summit remains the same. Good performances might be far more common, but stellar interpretations are as rare as ever.

Perhaps Fleisher was thinking of solo performers of the Richter and Rubinstein class. But there is an sub-superstellar level in which the standard is now much too high to be labelled mediocre. Think of strings. No longer is a second violin a player who did not make the firsts; and a viola, one who did not make the seconds. The rise in quality all around can be seen in the profusion over the last decade of fine string quartets. It was not always so. There are certainly some recordings of the 1950s and '60s that stand as classics, but to listen today to recordings by the Amadeus Quartet (the premier ensemble of the U.K.) and the Budapest Quartet in its later years (ditto North America) is to be astonished by the sort of execution that was then thought not to need a retake.

This dynamic is at work also in orchestras. The gap between a world-famous ensemble and your friendly local symphony is much narrower than it once was. An orchestra of the sort we once might have considered middling can, under the right conductor, produce a great night of Mahler. The best student orchestras are now so accomplished that listeners might wonder where the professional advantage resides. There is a subtle balance: Students can be rehearsed ad infinitum without losing their edge. Pros cannot. And students become pros.

No one needs to be told that the compact disc is in its sunset. Even downloading is passé in the era of streaming. The effect of these convulsions on classical consumption is hard to predict.

One of the prevailing ironies of the opera world is that the surging popularity of Metropolitan Opera Live in HD cinema broadcasts is giving companies who present truly "live" opera the jitters. But there is no parallel phenomenon in the concert world. My sense is that as cellphones and earbuds proliferate as the main media of music appreciation, the allure of live performance in an uplifting, communal, and acoustically rewarding setting will increase accordingly. There is more good news in the continued popularity of baroque music and widespread, if exaggerated, belief that specialists are required to play and sing it well. Another growing niche is contemporary music, which is no longer weighed down by 12-tone karma.

Undergirding all of this activity is integrity: belief in the music, willingness to devote years to its study, eagerness to communicate it to as many people as possible. There are easier ways of making a living. But none that provides greater rewards.

Arthur Kaptainis is the music critic for the Montreal Gazette. This article originally appeared in the inaugural issue of Banff Centre's InStudio magazine. Pick one up on campus today!