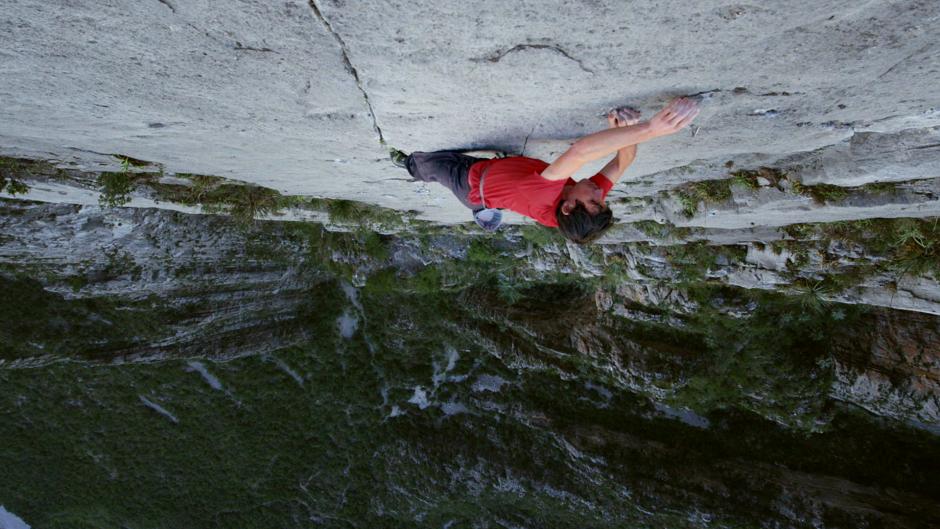 Professional rock climber Alex Honnold is one of the biggest names in the sport today. His name is synonymous with risk. It’s this willingness to push the limits that has helped Honnold break climbing records and, in doing so, brought him into the spotlight. He’s graced the pages of National Geographic and the New York Times Magazine, hanging by his fingertips from what look like impossibly small holds. Nothing else holds him to the faces of thousand-foot walls.

At only 30 years old, Honnold was awarded the prestigious Piolet d’Or — the biggest award in the climbing world — for the first traverse of the Fitz Roy massif in 2014 alongside Tommy Caldwell. Their climb and friendship was captured in the film, A Line Across the Sky.

That film and Honnold’s book about his most difficult climbs, Alone On the Wall, were both featured at the 40th Banff Mountain Book and Film Festival. While he was here, he sat down with Gripped editor Brandon Pullan to talk about free solo climbing, speed, and sponsors.

Here are some highlights from their conversation. Listen to the full podcast here:

“The speed records just come as the byproduct of not having a partner. With the big solos, I typically keep track of my time just because I know it’ll wind up being a speed record, but at no point on the route am I hurrying. I’m just getting up it as well as I can.”

“The thing I like most about alpine climbing is just being in big mountains, because it’s just more beautiful and more epic feeling. And because I don’t know what I’m doing, I feel pretty rad the whole time. And I’m always out there with someone who’s way better than me and way more experienced. It’s fun for me...I’m still so low on the learning curve that I can learn really quickly and improve really quickly, whereas with real rock climbing, it’s not that easy for me to improve anymore. Obviously, I’m slowly getting better, but it’s super slow. With alpinism, each time I go out, it’s like I’ve dialed it in my system a little better.”

On winning the Piolet d’Or

“The Piolet d’Or was kind of one of those things on the life list, like if I ever won a Piolet d’Or, I would know that I’ve arrived, you know? And then I did one climb in the mountains and won a Piolet d’Or and I was like, well that kind of undervalues it. I’m not psyched, actually. I was like, well it’s hard to be like ‘I’ve arrived’ after doing one route, you know? Because I still don’t know what I’m doing, I still can’t lead on ice… Yeah, it’s pretty crazy,” he says with a laugh. “I’m proud of it, but in some ways it doesn’t mean that much.” 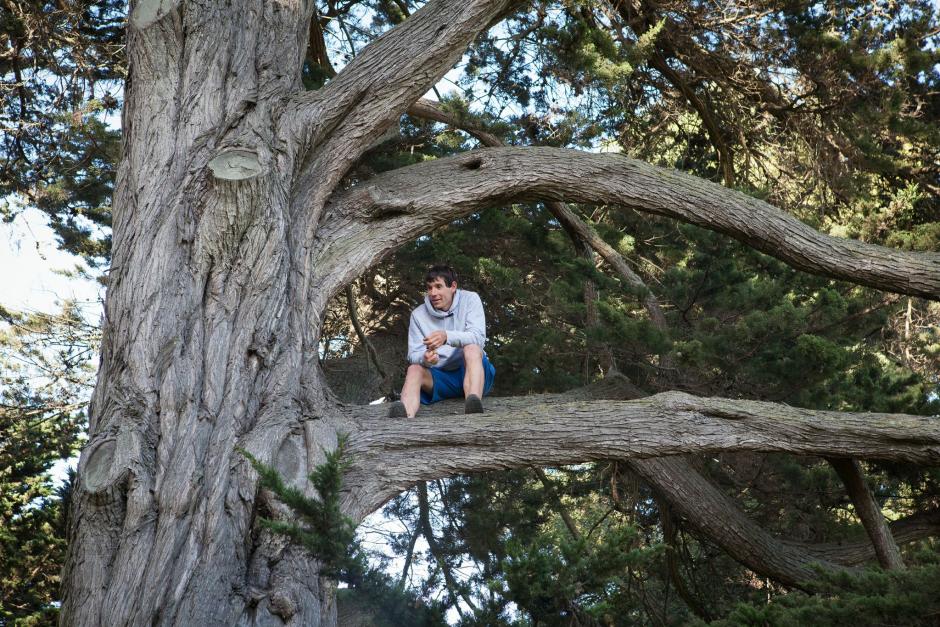 “Getting dropped by a sponsor does not cause me to reevaluate my life choices. I mean, being sponsored in general… I’ve always loved climbing and I like the way that I climb, and I like pushing my climbing. Sponsorship is whatever. I really appreciate the opportunity that these brands give me to climb all the time, but if they don’t really share my vision that’s fine. I’m still going to keep doing what I’m doing, and they can keep doing what they’re doing.”

“What I try to seek out are things that, to me, feel low risk, but high consequence. At least, that’s how the freestyle on the walls feels, because if I fall off, obviously, I’ll die, so that’s very high consequence. But the risk — the actual chance of me falling off — I try to keep as low as possible, obviously. And that’s what I do through preparation and training...rehearsal. All the things that make me comfortable. But I think that’s one of the things that makes climbing so fun for everybody, to be in a position that seems totally badass, but to feel totally fine. You know, take something that feels dangerous, but [make] it safe.”

Want more Alex Honnold? Listen to the full podcast episode to hear what’s in Honnold’s climbing journal, why he prefers being a traveling climber to a tourist, and more. For even more climbers, head over to our adventure podcast Basecamp. 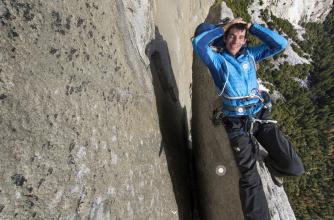 In January, a small team of climbers, photographers and software engineers tackled a tall task -- creating a 3,000-foot photo tour of one of rock climbing's crown jewels. Here's how Google...
Read More