Temperatures is a collaborative publication about contemporary ceramics featuring work by three artists who met at Banff Centre for Arts and Creativity as artists-in-residence in Summer 2015. Lauren Francescone, Julie Goll, and  Vanessa Kwan met during the Visual and Digital Arts thematic residency, Blueprint for Happiness and the self-directed residency BAiR during the summer of 2015.

The inaugural issue of Temperatures, designed by Lauren Francescone will feature the ceramic sculptures of Julie Goll, a piece of creative-critical writing by Vanessa Kwan and an edited conversation between the three. Their conversations on intergenerational relationships, the paranormal, and the medium of clay are recorded in the 24-page booklet of original photos and texts. The design of Temperatures is modeled after the 1970 printing of Craftsman L’Artisan, a periodical publication on Canadian arts and crafts discovered in the Banff Centre ceramic studio archives while in residence. The project will debut at the New York Art Book Fair in Fall 2017.

They described their experience and impact of the Banff Centre residency in saying:

"At Banff, we worked intensively in the ceramics facility to learn technical skills and expand upon our existing bodies of work. Francescone’s residency emphasized glaze experimentation. Goll, whose artwork is the focus of Temperatures, continued her research and work into the late ceramicist Eva Moshack. The handbuilding and silk-screen techniques she developed at Banff are employed in the work depicted in this publication. Kwan was engaged in exploration of a new series of small sculptures, which included learning basic ceramic technique. Our workspace proximity encouraged the sharing of information and materials, as well as informal critiques and conversations that fostered mutual understanding of each other’s artistic practice. While we work in vastly different ways and across disciplines—design, ceramics, printmaking, writing and installation—we were heavily influenced by the studio culture at Banff, which encouraged a sharing of skills and a generosity between studio mates.

Since the residency ended, our projects have expanded and diversified—and late in 2016 we connected again with the proposition to bring our diverse but resonant practices together under the umbrella of Temperatures. With an interest in highlighting contemporary ceramics as well as the larger question of collaboration and exchange, the idea for the publication—part artist edition, part periodical—arose."

About the Post-Residency Award

The Post-Residency Award presented by Banff Centre for Arts and Creativity is an opportunity for artists who have completed a residency in Visual + Digital Arts. The purpose of the award is to provide financial assistance to alumni for an upcoming public presentation of their work developed during their Banff Centre residency. Artists can use the $500 award for any aspect of the project that requires financial assistance, such as: travel, shipping, publications, vinyl, fabrication, artist/collaborator fees, etc. The next deadline for this award will be in early Fall, sign up for our newsletter to learn more. 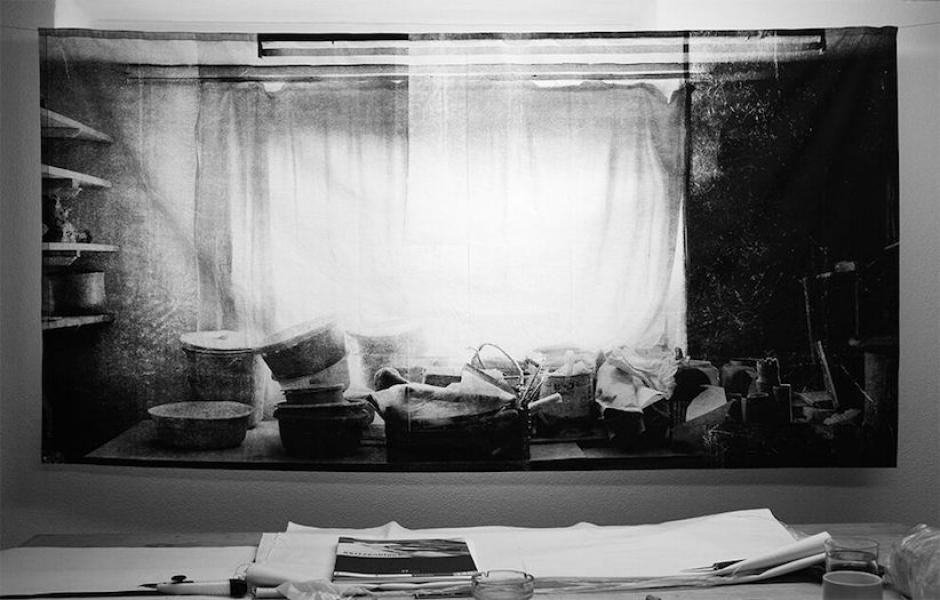 Work by Julie Goll, taken in her studio. Courtesy the artist.