Banff, Alberta, April 7, 2013 -- The Canadian Radio-television and Telecommunications Commission is asking the public for their views about the applications submitted by The Banff Centre to maintain and strengthen local radio broadcasting in Banff.  The applications are available online at banffcentre.ca/banff-centre-radio, and the deadline for the public to submit comments to the CRTC is Thursday, April 25, 2013.

The Banff Centre filed these applications to maintain the two Park Radio stations that now offer local tourism information in English and French, and to launch a new station that will for the first time offer Banff local stories and weather.  “Our plan for CJXB-FM Banff is not just to provide Banff's residents and visitors with the regularly updated local news, information, and entertainment available in other towns from radio, but to share the new art and ideas emerging from The Banff Centre,” said Jeff Melanson, the Centre’s president. “We look forward to maintaining, and over time, strengthening, Park Radio’s wonderful history of explaining mountain culture to the many people who visit the Park every year.”

Park Radio and Radio du Parc, CFPE-FM (English) and CFPF-FM (French), have been on air for 17 years. The Friends of Banff National Park Fellowship, which has been running the stations, determined some months ago to address new endeavours closer to its mandate.  The Fellowship decided after meeting with The Banff Centre that its involvement was the best way to continue the stations’ traditions.  If the CRTC approves The Banff Centre’s application, the Park Radio stations will continue to offer general information about the preservation of Banff National Park and the ecology and culture of mountain regions, with new programming in English and new French programming introduced as resources allow.

CJXB-FM, the new radio station proposed by The Banff Centre, will offer daily local and national newscasts and local stories about the issues facing Banff.  Its programming will include Canadian music from well-known and emerging artists along with live and recorded performances from the Centre.

“For 17 years, Park Radio has helped connect our community and inform our visitors about Banff,” said Banff mayor Karen Sorensen. “We applaud The Banff Centre for committing resources to sustaining this vital service, and for enhancing Banff’s ability to share our heritage through the new CJXB-FM application.”

“The Banff Centre’s radio applications are an important part of the Centre’s strategic vision to share the arts and ideas created in Banff with our neighbours, fellow Canadians, and the world,” added Melanson. “Canada’s great music, and the many original views discussed and debated at the Centre, deserve a wide audience.  We look forward to having the privilege of participating in and strengthening Canada’s broadcasting system.”

The public can comment on The Banff Centre’s applications through the CRTC’s online comments page by following the Public Proceedings links from www. crtc.gc.ca.  The CRTC also welcomes letters sent by mail to Secretary General, CRTC, Ottawa, ON K1A 0N2; or by fax to 1-819-994-0218.  The CRTC will only consider comments it receives by April 25, 2013.

Details about The Banff Centre applications can be found at banffcentre.ca/banff-centre-radio 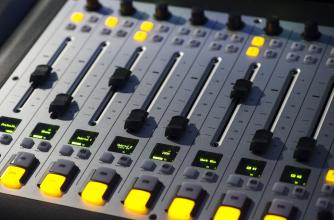 Podcasting - Made in Banff, Shared with the World

As part of The Banff Centre’s content dissemination mandate it will be commencing an ongoing podcast strategy which will capture and make available much of the material produced at The Centre.
Read More