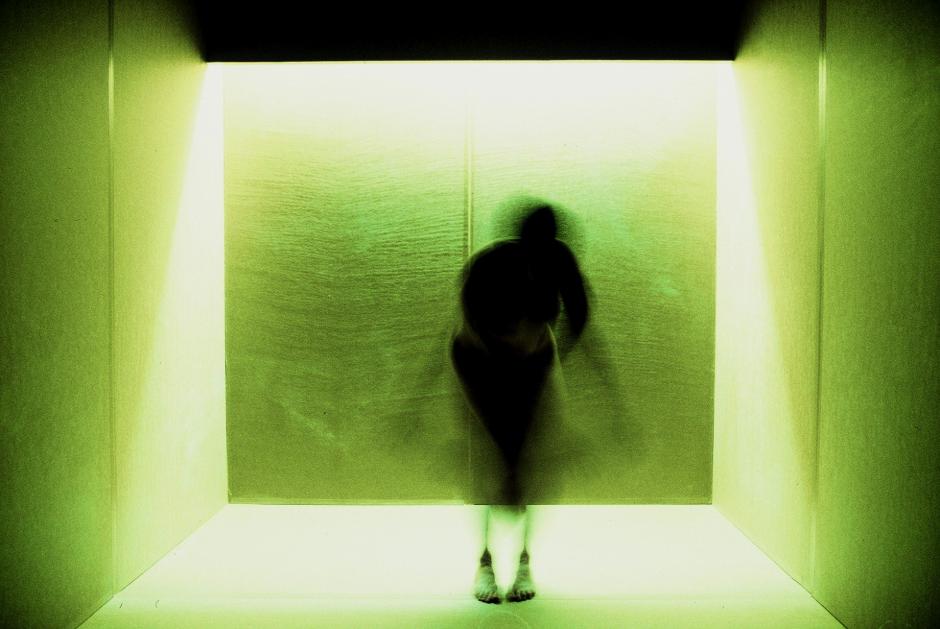 Helen Herbertson spends a lot of time thinking about what is not there.

Still shaking off the chill from an afternoon outside, her hands wrapped around a cup of peppermint-licorice tea, the august Australian dancer and choreographer considers the subtle shift in her work of late. To her, silence and darkness have become just as important as light and sound.

"No fat. Nothing too extraneous in there. Trying to get the most out of every element in there before you add another,” she says.

Ben Cobham sits across the small wooden table, in the house they have spent the past week working in at Banff Centre, in a self-directed residency at the Leighton Artists’ Colony. The soft-spoken lighting designer has worked with Herbertson for decades.

The years of history between the two are evident as soon as one spends any time with them. Herbertson and Cobham don’t really talk with each other as much as they talk through each other — finishing each other’s sentences and reacting to the other’s thoughts before they are even spoken.

The pair has just finished up the New York premiere of their Morphia series: an intimate, abstract piece performed for audiences, limited to only a dozen per show. Hebertson and Cobham went to extremes to control every moment of the audience's’ experience; they blacked out exit signs and other sources of light to achieve true darkness and put all attention on the dance. Cobham goes as far to joke that he was more "a darkness designer than a lighting designer."

For 18 minutes at a time, Herbertson and Cobham controlled their audience’s world.

“The darkness does really affect people. There's no way of getting away from it. On the plus side, it does open people's imagination,” she says.

There's a big realm of possibility that it enables. Then you can really tickle in little things — images or sounds.”

Play and experimentation are the most important part of creating that world, according to Herberston. She and Cobham don’t plan out their creations?. Instead, they might start with a few written words, or be borne out of an unrelated conversation. Then, they get down to the work of iteration — cutting what doesn’t work, enhancing what does. It’s a winding mix of instinct and intuition instead of a march towards a set finished piece.

Herbertson says Morphia, and the shows that preceded it, came from a desire to do something different — a creative refresher.

"I felt like [my] work was repeating,” she says.

“And [I wanted] to look for another language."

The idea was to create works that would start a “conversation,” in Herbertson’s words. The meticulous control the duo maintained over what people saw and heard didn’t just start when the lights came up, however. Herbertson and Cobham wanted the performance to start before the audience entered the theatre. The spark of the idea came when venue limitations forced them to bus audiences to a different theatre in Melbourne — they came up with the idea of blacking out the windows to the vehicle, leaving the audience in near darkness on the trip to the show.

In subsequent performances, people were primed in other ways — audiences abroad were given small morsels of dessert on their way inside to prepare them for the compressed scale of the show.

Fitting, then, that both the choreographer and the lighting designer use food metaphors to talk about the process of stripping the show down to its most basic elements.

“The flavours can be very, very potent. Anything you do can be very powerful,” Herbertson says.

To which Cobham responds that “[Morphia] is like a perfect dessert. It's certainly not a main course, it's not a Sunday roast.”

The duo spent the last week in the Leighton Colony’s Painter House, talking about the direction for their next work. After the precision and planning of Morphia, they have been playing with looser, shifting structures and less control.

Even then, Cobham says they find themselves naturally slipping back into that meticulous planning and stripped-down aesthetic. And once again they’re following that path of instinct, hoping it will lead them closer to that perfect flavour they aren’t quite sure really exists.

"I think that's why a lot of people stay in the arts. It's slightly unattainable.

It's a bit elusive. And elusive things are the things you tend to seek." 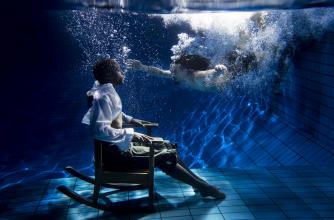 “I had a dream one night,” Aszure Barton explains. “I dreamed I was underwater sitting in a rocking chair.”
Read More 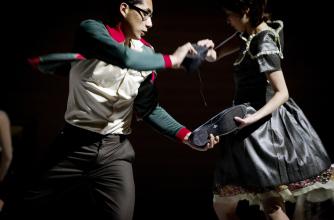 This unique opportunity brings together six choreographers, emerging and established dance artists, and an international faculty to explore new thinking, forms, and process in dance theatre...