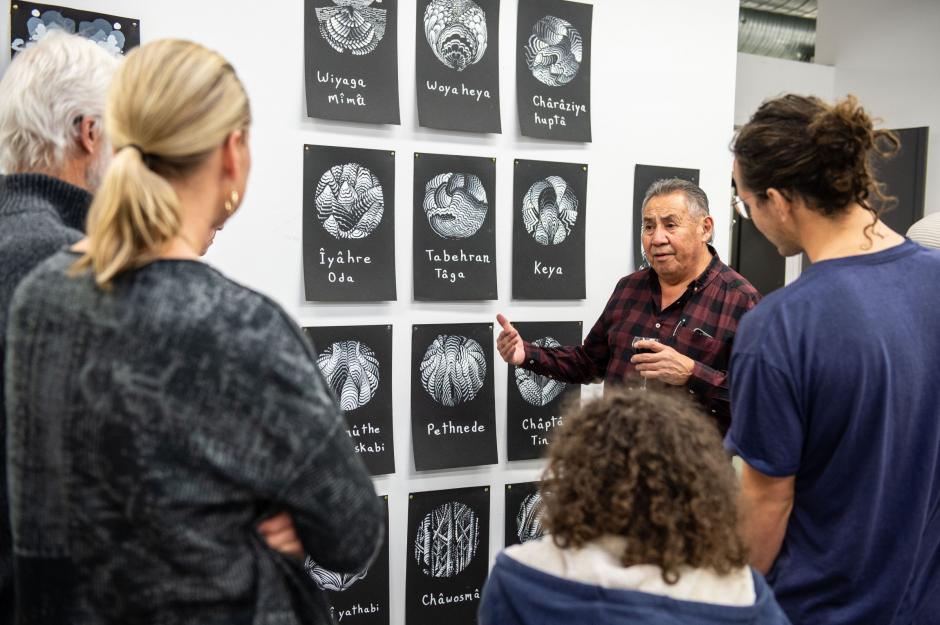 Elder Lloyd "Buddy" Wesley has had a long relationship with Banff Centre as an Elder for multiple programs in Indigenous Leadership and Indigenous Arts, as well as a speaker, and educator over many years.

Our hearts are with Buddy's family and community at this time of his passing.

We are honoured to share his story, in his own words, here:

I was born (in February, 1950), raised and live on the Stoney Nakoda Reservation called Morley (AB). My dad was from the Big Horn band, and my mom from the Chiniki band, which became their group at the time of marriage.

My family and its history is important to me.  My great grandfather, Peter Wesley, was a Chief from the late 1800’s to 1935, until he died at the age of 95 years old.  Chief Wesley was a rebellious warrior messenger,  who refused to be counted into the Treaty system at the time of the signing. He created a cattle ranch for the Wesley band, and was instrumental in establishing the Big Horn reserve as satellite to Morley. He was a brave man who got along with grizzly bears.

My great grandmother on my mother’s side was Leah Simeon.  She was born in the late 1800’s and was one of the rare Indigenous women who pursued education.  She became a successful cultural entrepreneur, specializing in the creation of buckskin jackets, beadwork and other traditional cultural crafts that she traded with the settlers.  She worked closely for some time with Norman Luxton from the Luxton Museum, in helping him with his mission to generate public awareness around the history of Banff and the First Nation people of the area.

I began working for my tribe in 1971, operating different departments such as the Sawmill, Wilderness Centre guide, and Star Ranch.  From 1991, I’ve been working in the Research and Land Claims Department, and the active Cultural Advisor and Tribal Historian, based on my extensive research into my tribe’s linguistic and cultural records. Much of this exploration has been through countless hours in conversation with Elders over the years, receiving their wisdom and stories through the Stoney oral tradition, which is so important to our society. I have myself been appointed an Elder in my community, responsible for keeping the flame of our culture alive.

I am a damn good guitarist.  My uncle and older sister were very involved in music, and at the age of thirteen I began to teach myself how to play.  In my early 20’s, I was performing at the Calgary Stampede, with our band The Red Clouds (partner Sykes Powderface on lead vocals).   I studied Classical guitar in 2002 at the University of Calgary under Jacob Solomons, where I learned to read music.

I am a traveller between both worlds.  I play music with white people and was once married to a white woman.  I play white music and the sounds of my people. Doing so has helped me to understand the world in a special way, as my life has become a mix of the new and the old, in the space between the acoustic and electric guitars.

I would love to explore my music in collaboration with the tones and spirit of the traditional powwow songs and drumming that shaped my early life.  I am one of the last living connections to the way our culture used to be and would like to explore and experiment with how I can carry that experience to future generations, both for my people and the world of the settler that surrounds us. 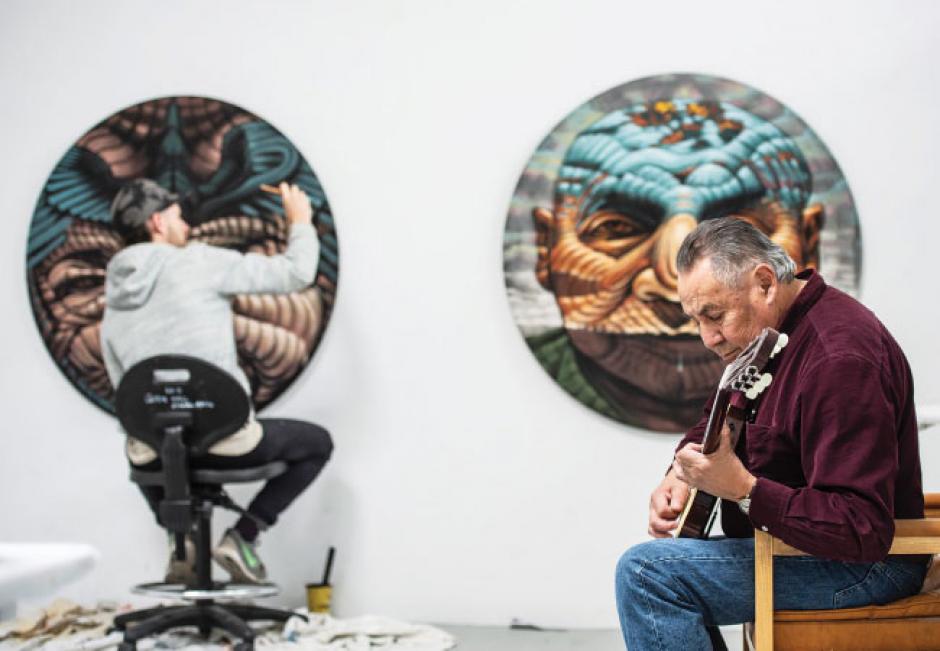