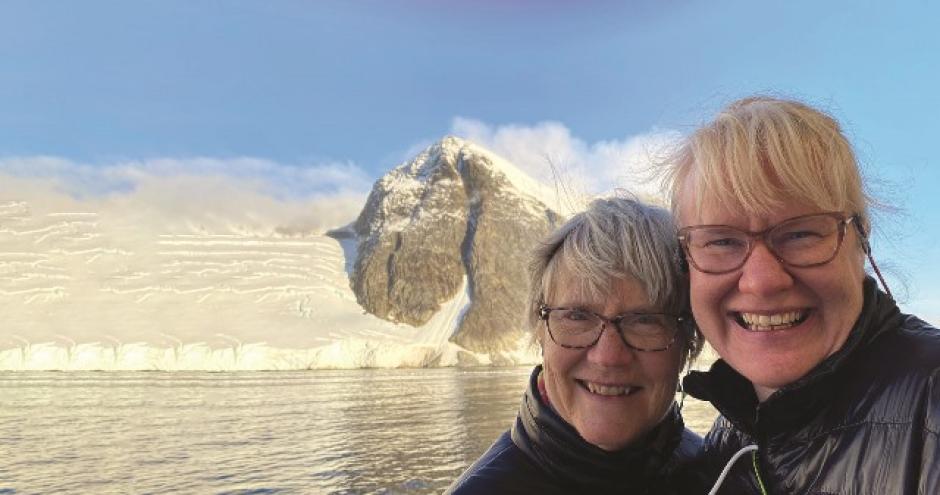 Corrie Wedel had been saving money for years, planning to use it for a down payment on a house while resisting the urge to spend it on a trip to Antarctica.

Wedel, a high school teacher from British Columbia, first became intrigued about visiting the southernmost continent years ago, when a colleague of hers raved about her own trip there with stories of the wildlife, ecology, history, and landscapes. As Wedel explained, “For 15 years I had been thinking, ‘I am saving up money, I really should buy a house,’ but I still had that dream to take that money and go down to Antarctica."

Wedel didn’t have to use her down payment. She was the incredibly lucky winner of the Banff Centre Mountain Film Festival World Tour contest grand prize in 2019 – and World Expeditions sent her on a 13-day trip for two to the most remote continent on the planet.

Wedel, to the approval of mothers everywhere, chose her mom as her companion and they departed in early March of 2020. The global pandemic added a level of precariousness to the expedition – after flying from Vancouver to Punta Arenas on a marathon of flights, they knew that they would be refused access to the boat if they had a temperature upon arrival. Fortunately, they were able to board what would be the second-last trip of the season.

As Wedel describes the wonders of this different world, her voice rises excitedly. “From penguins to orcas to leopard seals, the wildlife was exceptional and the landscapes were equally fascinating.” As a science and visual arts teacher, Wedel was awe-struck by the variation in the ice. “Look at the colours! The textures!” she’d exclaim as they passed icebergs that were crystal clear, or brilliant turquoise, or covered in red algae.

One of the many highlights of the trip for Wedel was on the day of her birthday. They stepped foot on the continent for the first time, saw “penguins and whales galore!” and did a polar plunge in the waters of Antarctica.

Wedel reveled in experiencing first-hand the landscapes that she had taught about throughout her career, and she’s thrilled to bring those experiences back to her students. “The history of the area is written into the ice and the land” says Wedel, referring to the fossils on beaches and variations in ice. “I have taught this subject for years and to actually go onto the beach in Antarctica and find fossils myself ... it’s hard to believe it happened.”

For Wedel, this was truly the trip of a lifetime, and she couldn’t believe her luck: first with winning the Grand Prize of the contest, and then with it actually going to the place she’d been dreaming of for so long. “I had a perpetual grin the whole time. One of the crew kept asking me ‘Are you ever not smiling?’”

Find out more about trips with World Expeditions.
This article is from the 2020/21 Banff Centre Mountain Film Festival World Tour Magazine. Flip through the pages of the online magazine here.

“From penguins to orcas to leopard seals, the wildlife was exceptional and the landscapes were equally fascinating.”

Photos from the Trip! 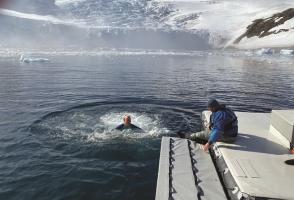 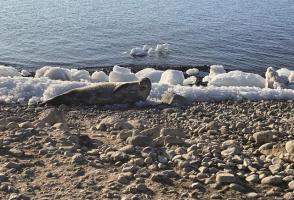 Seal on the beach, Antarctica. Photo by Corrie Wedel. 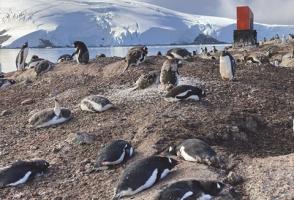