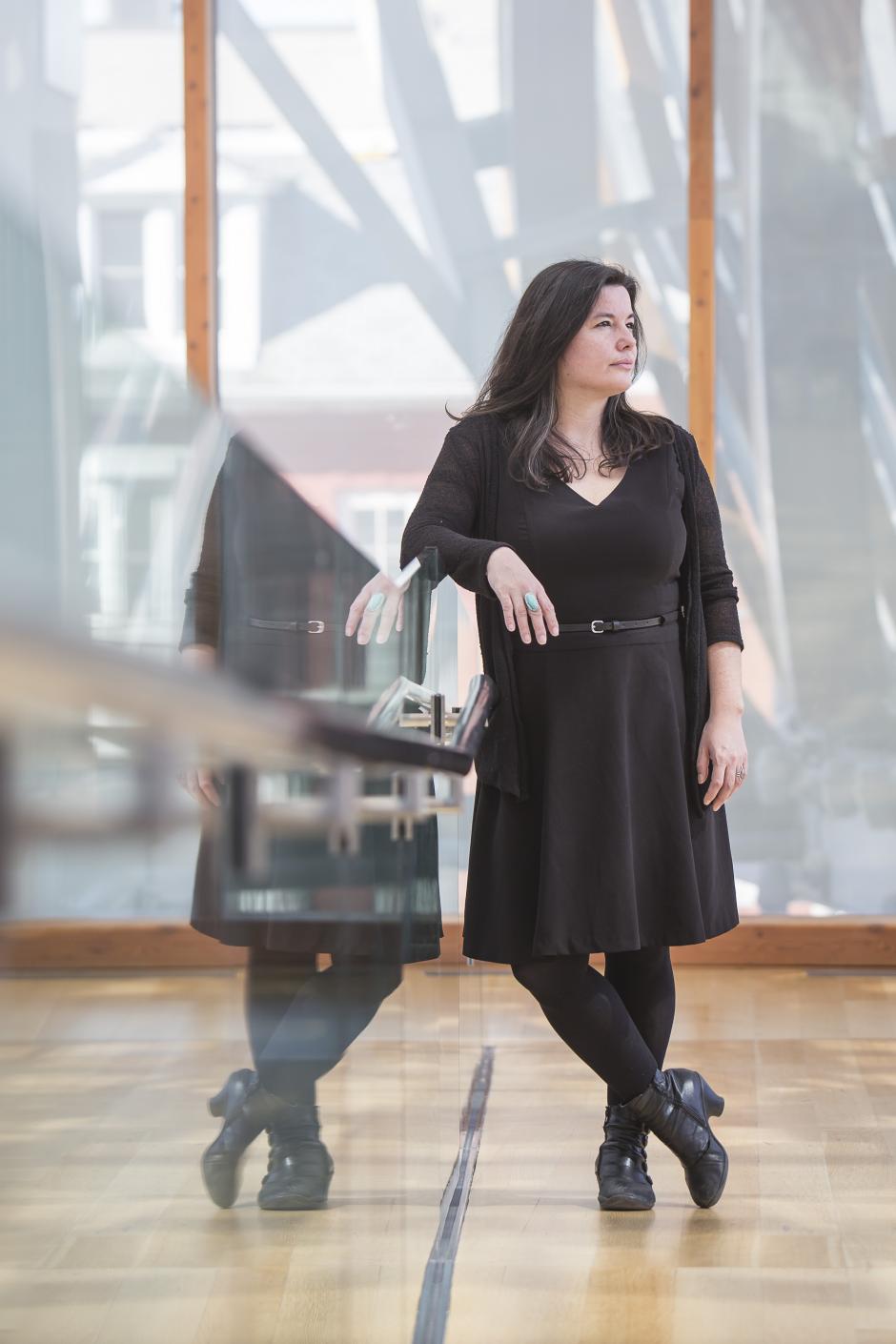 Wanda Nanibush at the Art Gallery of Ontario. Photo by Andrew Williamson.

Curator, writer, and educator Wanda Nanibush joins Banff Centre as faculty for the Literary Arts program Future Narratives. She spoke with us about Indigenous visibility in the art world and Canada post-150.

You’re lead faculty for the Banff Centre program, Future Narratives: Contemporary Indigenous Artistic Practice. The program will employ Indigenous contemporary thought and artistic practices to try and answer some questions about the next 150 years of Canada—what kind of conversations do you hope to have?

I think that placing Canada within an Indigenous context automatically means that you have to think beyond 150 years. It places the project of Canada as a question as opposed to a statement; it allows the artists in the room more freedom to think creatively about what it could be.

You’re the first person to hold the title Assistant Curator: Canadian and Indigenous Art at the Art Gallery of Ontario. What kind of pathway do you hope to forge?

There are a few things that I want to accomplish. By having “Indigenous” in the title, [the position] creates an area of commitment. Part of the area of commitment is that we have to acquire more contemporary Indigenous work for the collection. It also means that we should be exhibiting more Indigenous art, both on its own and also in Canadian and special exhibitions. I’m always a two-pronged approach kind of person—we have to have shows that are just Indigenous work in order to ask questions that are important to Indigenous people, but then we also need to place the work alongside international artists and Canadian artists.

What does it mean to you that the AGO considers this a priority?

As far as going forward, it means that they’re living up to their responsibilities as an institution on Indigenous land.

Why is greater visibility for Indigenous artists important in Canada?

Indigenous artists are some of the best artists in Canada and the world, so there’s no reason for them not to be here—I think that’s important to say. Some of the work does deal with the history of colonization; it deals with Indigenous philosophies; it deals with a certain kind of location that an Indigenous artist might be working from. And these kinds of things help audiences have new ideas about what Canada is, what it has been, maybe about who they are. It helps them ask questions about their relationship to Indigenous people, land, history. So I think there’s a social transformation that can happen with that visibility.

The 150th anniversary of confederation means we’re likely to encounter a lot of narratives about Canada’s past this year. How can people keep Indigeneity and context in mind while celebrating the anniversary?

Whenever we're looking at a situation of injustice for a group of people, I think it’s possible to look at the good stuff that’s come out of a project like Canada, while also understanding it as an unfinished project that needs to take the path of justice going forward. It’s like when somebody dies: we’re sad, we’re in mourning, and we have a sense of loss, but we’re also celebrating that person’s life. I don’t think they’re mutually exclusive—criticism and celebration.

Why is it important to you to be outspoken on these issues?

Wanda was at Banff Centre as lead faculty for the Literary Arts program Future Narratives in April. She also presented a talk as part of our Contemporary Indigenous Voices speaker series. This piece originally appeared in the Spring/Summer 2017 issue of Banff Centre's InStudio magazine.