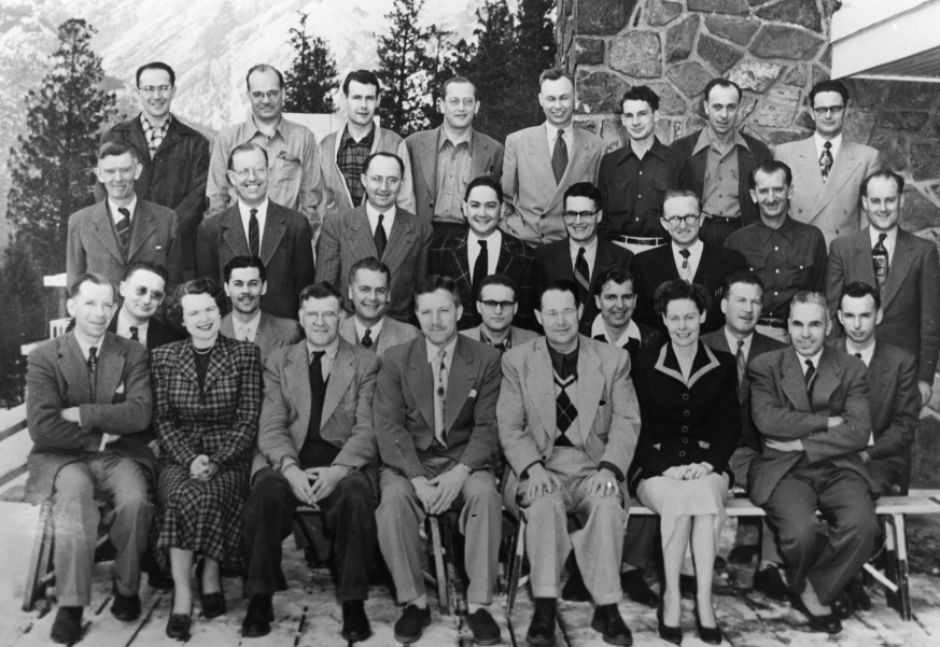 Margaret Kane arrived in Banff wearing a fur coat. It was February 1952, and soon she would become the first woman to graduate from the newly established Banff School of Advanced Management (BSAM). One of the first programs ever offered during the winter months, the inaugural program was titled, A Short Course in Business Administration, which featured individual courses such as, Business and the Canadian Economic Scene, as well as Problems in Labour Relations.

Kane was born in Winnipeg in 1915 and moved west with her parents to Medicine Hat and later to Calgary. She joined the early oil industry working for the National Oilfield Supply Company, then joined Stanolin Oil and Gas Company, which became Amoco Canada Petroleum. During this active time, Kane registered in the second class of the newly instituted Banff School of Advanced Management under the direction of Senator Donald Cameron, and was the first woman graduate from the School.

"It was quite an experience being a woman," recalled Ms. Kane, "the only one in the class." She remembered a more recent woman graduate making the statement that one had to be a particular type of woman to take the course. "I guess I was that type, whatever type that was," said Ms. Kane, smiling. "It was a marvelous experience though," she added.*

Kane was very active with the Banff School of Advanced Management alumni association and participated in their innovative management tours to the Soviet Union, Cuba, and China, the first North Americans to do so. She gained her certification as a tour director consultant and traveled the world. She also served as Secretary-Treasurer of the Calgary BSAM alumni chapter and was an active member of an investment club made up primarily of alumni from British Columbia.

"Well before the time when women were recognized as having brains, Banff School of Advanced Management made me acutely sensitive to the problems of management," said Ms. Kane. "There were situations where I felt uncomfortable, but I also felt there was little I could do about it. I remember how terribly pigeon-holed I felt when I went to work for a larger company, Amoco. I don't think a lot of younger women today would put up with it for too long."*

When Ms. Kane died in her 90s in 2008, her niece Elizabeth Burke-Gaffney wanted to continue the family connection with Banff Centre for Arts and Creativity as a donor, on behalf of her mother and Margaret’s sister, Lois Burke-Gaffney, who passed away in 2016.

Elizabeth Burke-Gaffney says, “My aunt Margaret was a huge part of our family. It’s because of her success and my mother’s success that I am able to achieve what I can. I’m so grateful for her experience and the start she received in Banff.”