From a Nervous Pitch to a Full-Fledged Film 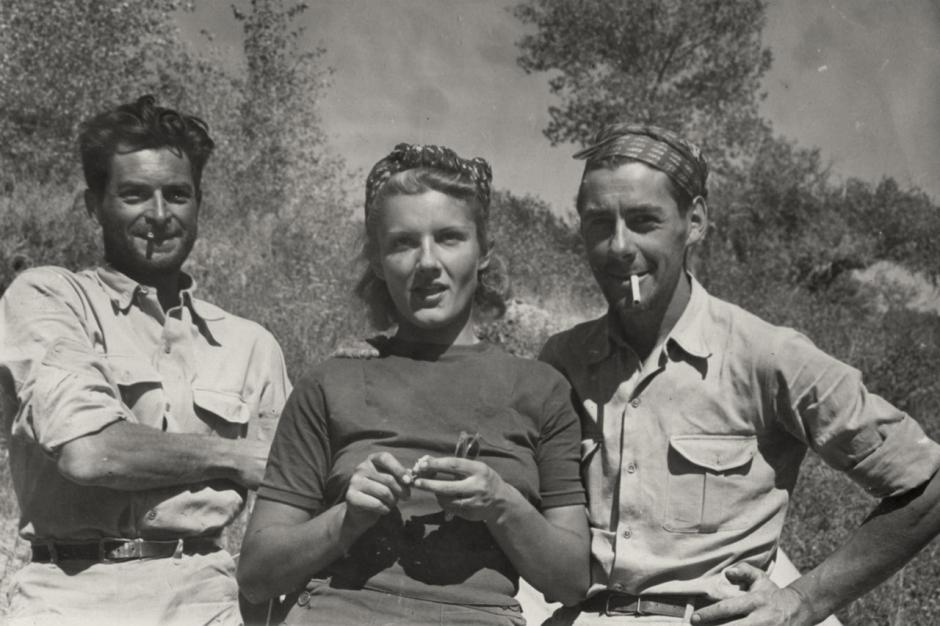 Sharing the film with the audience at the Eric Harvie Theatre was to come full circle.

Returning to Banff with my film Voyagers Without Trace felt like a homecoming. As soon as I hit the Banff Centre campus, I knew where to go. Exactly four years ago, I had come to Banff to experience the Adventure Filmmakers Workshop.

I’d signed up on the suggestion of my friend John Waller. He was presenting his second film at the festival, Treeverse, which I had helped shoot. While John was an experienced adventure filmmaker—ascending the tall trees of Oregon forests and descending into unexplored caves—I was a newcomer to this world.

I came to the Adventure Filmmakers Workshop feeling curious, enthusiastic, but under-qualified. Sitting next to me were National Geographic explorers like Sarah McNair-Landry, who had crossed the Northwest Passage, and Deia Schlosberg, who had trekked the entire length of South America. Me, my background was in historic documentary, but I had stumbled across a story about the first kayak descent in the American West, made by three bold French adventurers in 1938.

I had no idea if this story idea had any potential. It intrigued me, but I didn’t know how it would resonate with others. The Adventure Filmmakers Workshop seemed like the perfect place to learn more about this type of film making, meet adventurous people as possible collaborators, and to explore the creative and technical possibilities of this story.

In the workshop, instructors Keith Partridge and Michael Brown had each student “pitch” a story. I stood up and tried to summarize what I knew: three french adventurers. Kayaks. The Colorado River. 1938…

My time was quickly over. I looked out across the faces of my classmates to blank looks. This had not gone well.

"Did anyone die?" someone asked.

“No," I said.  A few more polite questions, and then I sat down.

I felt slightly discouraged that my idea had not gone over as I hoped. But the thing about the workshop and the community of collaboration created by the workshop, the conversations continued. Michael and Keith encouraged us to share samples of past work, trailers, and other clips. I shared a short trailer I’d made of the French kayakers. Afterwards, the conversation blossomed. Maybe it was the visual of seeing the color footage from 1938. But more importantly, it was the camaraderie and openness and trust that had been formed during the week. It was not just the formal workshop sessions during the days, but all the conversations over meals and drinks and swimming and laughing late into the night.

In this environment, the conversation about the French kayakers truly unfolded. We talked in detail about Genevieve de Colmont being the first woman to kayak the Green and Colorado, an unknown and unsung female adventure pioneer. And we talked of the beginning of outdoor recreation as we know it today. And how this story pivots on larger historic events, like World War II. By the end of the workshop, I felt the full support of my classmates and my instructors, with a big encouragement to pursue this story.

Following the workshop, I stayed in touch with several of my classmates. Jac Reyno gave me an idea for pulling down an old photo to reveal a modern scene. Erik Boomer offered advice from his kayak expedition experience. And John Waller, who had helped bring me to Banff, offered to shoot and do whatever he could to make this fledgling idea take form into an incredible adventure.

With an all-volunteer production team, we set off down the Green and Colorado Rivers, almost exactly one year after the Adventure Filmmakers Workshop. I couldn’t believe that what had started as an awkward “pitch” in a classroom, had resulted in me, a completely novice kayaker, looking down the tongue of Class IV rapids on the Colorado.

It took me two years to organize, edit, and shape the story—balancing work and free time and budget. But in the end, what had been an idea and a two-minute trailer of archival footage had become an 80-minute feature documentary. The journey had taken me down whitewater rivers of the American West, and to the mountain peaks of the Pyrenees, and even to the shore of the French Riviera.

And now, I had the honour to return to Banff. Sharing the film with the audience at the Eric Harvie Theatre was to come full circle. I had first sat in the lower left side with the pack of aspiring adventure filmmakers, watching and being inspired by the films in competition. As I stood on stage, I realized that my aspirations of one day standing on the stage to present work had come true. To stand on the same stage, where many of the greatest explorers, adventurers, scientists and outdoor athletes have stood, was incredibly humbling. It was such an honour to share the film, feeling that the inspiration I’d taken from the Banff Centre, I was offering back, playing a very small part of a much larger legacy, adventure inspiring adventure, and the pursuit of capturing the meaning of adventure through storytelling.

After my screening at Eric Harvie, there was one only one thing to do: gather up friends old and new, former AFW alum like Sarah and Boomer, and grab a pint at Maclab, and talk about what story to tell next.

Filmmaker Ian McCluskey is an alumni of the Adventure Filmmakers Workshop at The Banff Centre. His film, Voyagers Without Trace, is currently being screened around the world on the Banff Mountain Film Festival World Tour. 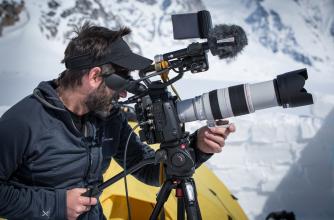 The film "Citadel" follows two alpinists as they attempt the first ascent of the north-west ridge of the famed mountain. We caught up with filmmaker Alastair Lee about the making of the...
Read More