The New Face of Canadian Music 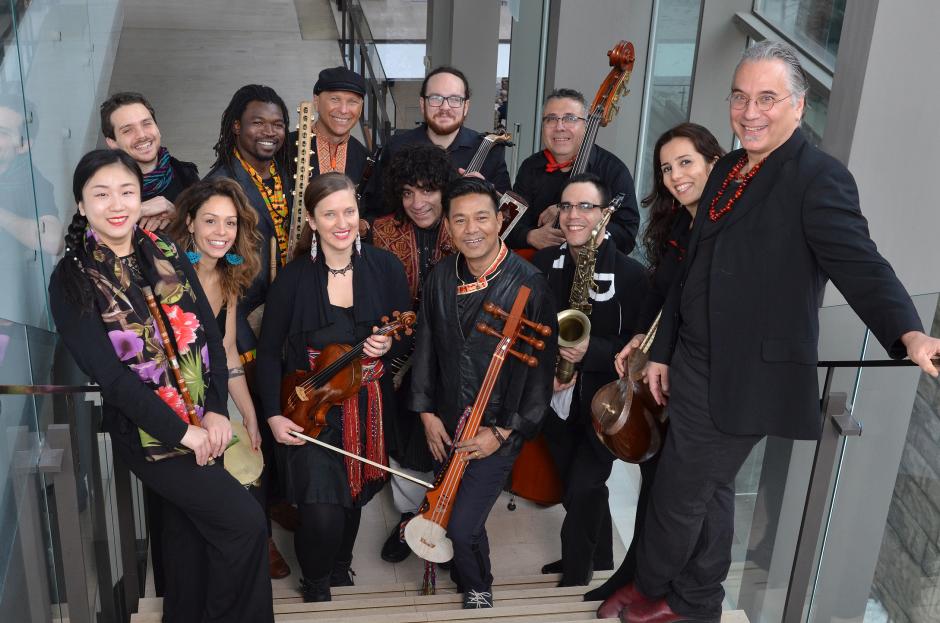 In today’s climate of social and political turbulence, cultural exchange and a diversity of perspectives are more important than ever. On these grounds, the New Canadian Global Music Orchestra (NCGMO), a Toronto-based ensemble made up largely of new immigrants to Canada, can be called one of the most accurate and integral portraits of modern Canadian society.

Each of the Orchestra’s 12 musicians traces his or her heritage to a different country. Members cone from all over, including Iran, Brazil, Greece, India, China, Cuba, and Burkina Faso in West Africa, but all have settled here in Canada. It’s fitting that Mervon Mehta, Executive Director of Performing Arts at the Royal Conservatory of Music, formed the group in Toronto, known as one of the world’s most multicultural cities.

“[The NCGMO] was always meant to be a group of new Canadians at the highest [musical] level, bringing their own traditions to form what we hope is a new sound for Toronto in 2017,” explains Mehta. The orchestra is a concept he had been toying with for the past five or six years before finally putting it into action. Given Toronto’s abundance of ethnic musicians, instead of sidelining them, Mehta wondered, “what if we put all those people into a close unit? Canada 150 was a good excuse to do that.”

In the spirit of Canadian community, Banff Centre President and CEO Janice Price extended a timely and irresistible proposal to the NCGMO: a recording residency in their top-quality facility, as part of a musical tour to Western Canada this fall.

“When we learned of Mervon Mehta's work with the New Canadian Global Music Orchestra, we quickly offered our partnership and support,” explained Price. “With our shared vision to support, celebrate, and showcase the work of talented Canadian musicians, Banff Centre for Arts and Creativity and the National Music Centre are ideal partners to present the New Canadian Global Music Orchestra and their authentic representation of Canada’s diversity.”

Mehta’s vision for the recording residency is clear: “We want to leave after five days with enough in the can to mix 60 minutes of great tunes, to promote the band for more touring.” Certainly, Banff’s altitude will put the artists in a different headspace. “There’s something about being in Banff–working all day, all night [towards] a common purpose. You’re completely concentrated on what you’re doing.”

The bulk of the Royal Conservatory of Music’s 131-year history centres around classical music, but Mehta’s big side project shifts the focus onto a broader platform. “We have to continue to raise awareness of Indigenous culture in every mainstream arts organization. Is there more we can do? Absolutely. Are we late? Absolutely. But I see a turning [point].”

The NCGMO’s musicians are keen stewards of Mehta’s cultural mandate. Violinist and violist Alyssa Delbaere-Sawchuk is part Métis and both the contemporary and Indigenous worlds she inhabits share a spirit of collaboration which informs her performance decisions. Incidentally, her self-professed spirit animal happens to be the social hummingbird: “I go forward and then backward, bringing the past into the future, a sort of migration. I was trained both as a classical and a folk player so that I can bridge the gap and lead when necessary.”

Delbaere-Sawchuk’s musical work centres around community outreach and she often finds herself taking on that leadership role — a typical NCGMO rehearsal sees her translating discussions from English to French, explaining notational concepts to members who may not read written music, and otherwise facilitating musical exchange for the group. In line with the Indigenous spirit of inclusion, she explains: “Nobody is bigger than anyone. Everybody has space [for] what they need to represent and to feel comfortable.”

With two well-received concerts in June under NCGMO’s belt, Mehta is anxious to get the show on the road. His next big concept? A European tour, where “there are markets that would love to have us.” It’s an ideal occasion to “show [Europeans] what pluralism and diversity mean to Canada.”

NCGMO has already brought together important musical epicentres in Canada and bridged world cultures. For that reason, it is an initiative that audiences can cheer on from coast to coast to coast.

You can see the New Canadian Global Music Orchestra live at Studio Bell in the National Music Centre in Calgary, Friday, September 29 at 7:30 p.m.

Jennifer is a recent Master's graduate in piano performance. She is the Interim Deputy Editor of Musical Toronto.