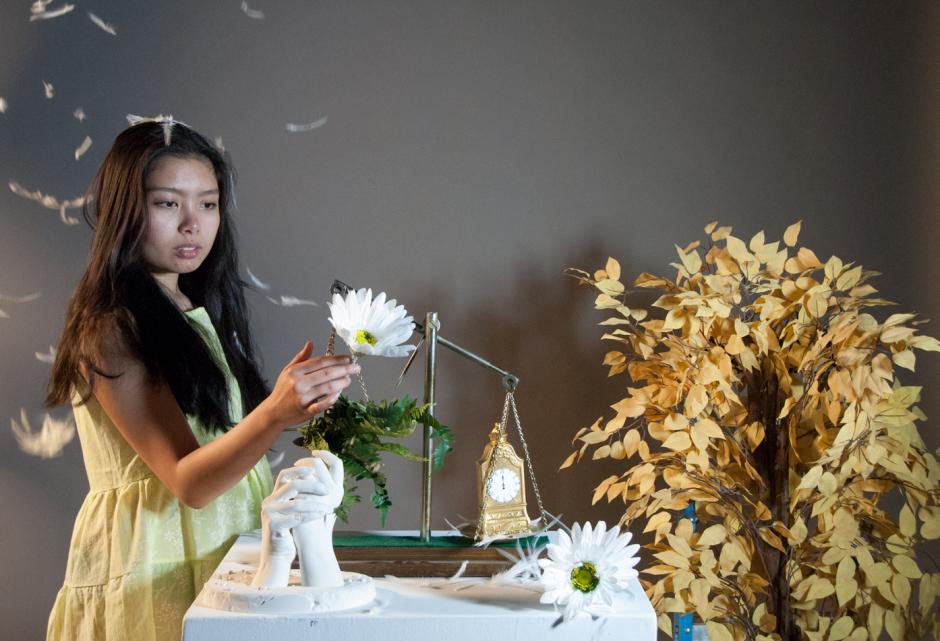 In a historic lodge in the heart of Banff National Park, seven artists stand beside their work, nervously waiting for their friends and family to fill the room. They adjust and then re-adjust the placement of each piece, taking into consideration everything they have learned about curatorial practice and critical discourse over the last four months.

This is The Group of Seven…Reborn, a contemporary art exhibition at Cascade Lodge No. 5 featuring grade 10, 11, and 12 students from Banff Community High School. For the past semester, these students have been in-residence at Banff Centre for Arts and Creativity learning skills in photography, sculpture, digital arts, and curatorial discourse from Banff Centre artists and staff.

It’s just one of many community outreach initiatives offered at Banff Centre. Called Art 11, 21 and 31 Senior Level Art Students in Residence, the program offers three accredited advanced art courses developed within the Alberta Education curriculum, each worth five credits. Students can use the credits to achieve their high school diploma and apply for post-secondary education. Now in its fourth year, the program has provided many young artists with the skills to think critically about the role of art, how it comes into being, and how people respond to it.

“Since I started teaching the art program [at Banff Community High School] 15 years ago, I’ve wanted to work with Banff Centre,” says Michelle Lefroy, who helped to establish the Art 11, 21 and 31 program with Banff-based ceramic artist Cam Fisher in 2013.

In the first years, she says, the program was more collaborative with lessons taking place both at Banff Community High School and Banff Centre. Now, they happen exclusively in Banff Centre’s exceptional Visual and Digital Arts facilities.

“Now the students feel that much more comfortable being at Banff Centre,” says Lefroy.

“When it comes time to talk with other artists-in-residence, they feel like they aren’t just guests anymore.”

This year, students were asked to investigate site-specific artwork as it relates to Banff. With critical discussions around who controls the popular narratives and who is excluded, the students responded to five main themes: site, narrative, mythology, symbolism, and community. Their first assignment: create a ceramic vessel that reflects their personal perspective on an element of living in Banff. 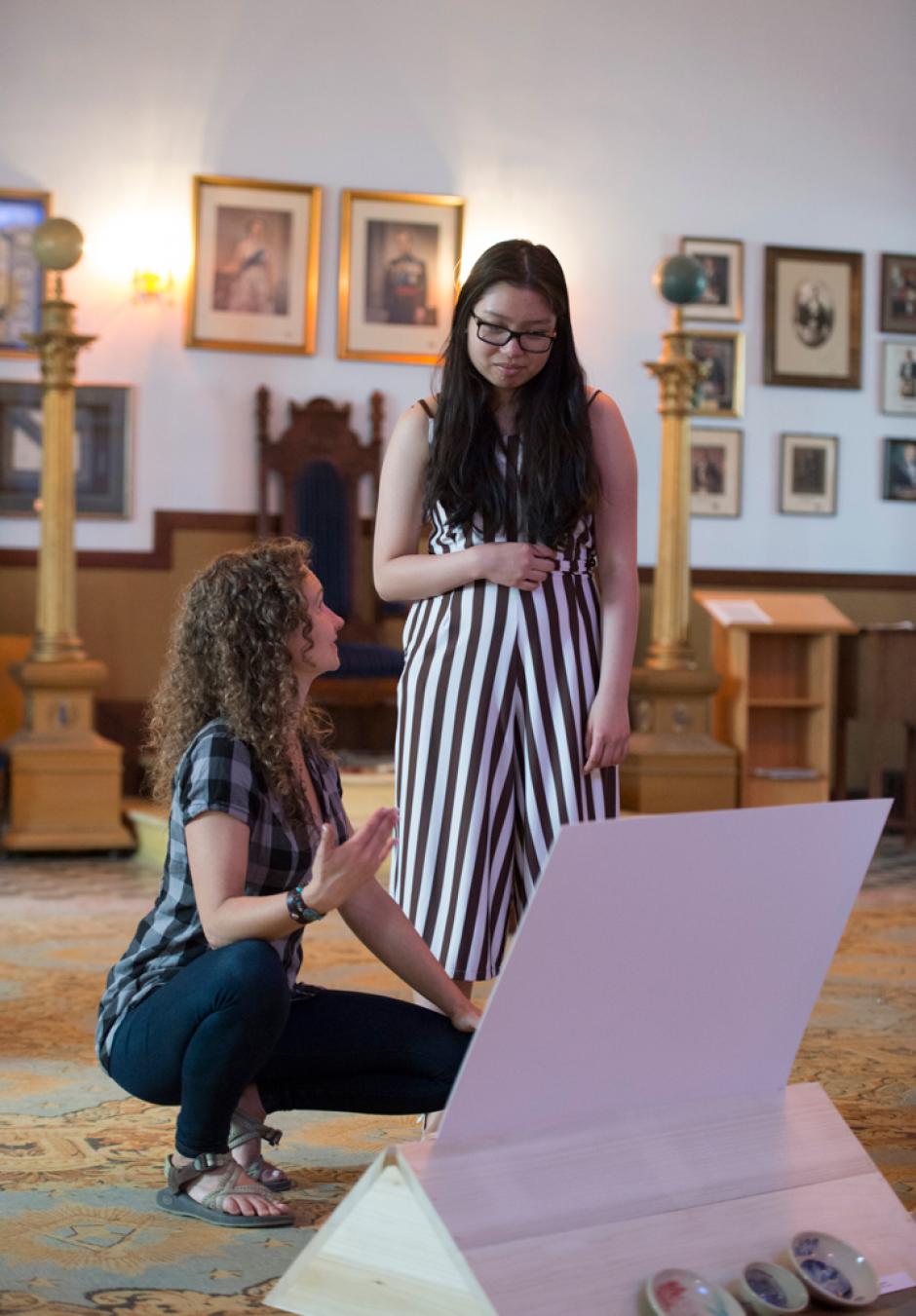 It was a fitting assignment for Andrea Dela Cuesta, grade 11, who came to Canada from the Philippines two years ago. She created a tree and bench sculpture representing her roots in the Philippines and her adolescence in Banff. The sculpture, she says, is intended to hold jewelry and small personal items that reflect new things she has discovered.

“Around the tree, there’s a circular bench which is very common in the Philippines. It’s circular because back then I was really closed-minded, so it’s a barrier to the tree which stands as me,” she explains. “When I came to Canada, I grew and became more open-minded and learned a lot of things. The accessories represent the future that may happen to me or knowledge that I have found.”

Building on the same theme, the students’ next assignment was to create a contemporary still life that considers the symbolic identity of their experience of Banff. In response, Dela Cuesta photographed a scale representing the transition from childhood to adulthood with time on one side and nature on the other. She included herself in the photo wearing a green dress surrounded by floating feathers, meant to “represent the subconscious.”

In the end, the program helped Dela Cuesta develop as an artist, though, she’s not sure she’ll pursue fine arts as a career.

“Canada has a lot of opportunity, but in the Philippines, there’s none – so I want to try everything,” she says.

Whether or not she goes on to pursue fine arts, Lefroy is confident the skills Dela Cuesta learned will stay with her. “As lifelong learners, it doesn’t stop here.”