The Sculptor Who Smashed Her Work to Fight Climate Change 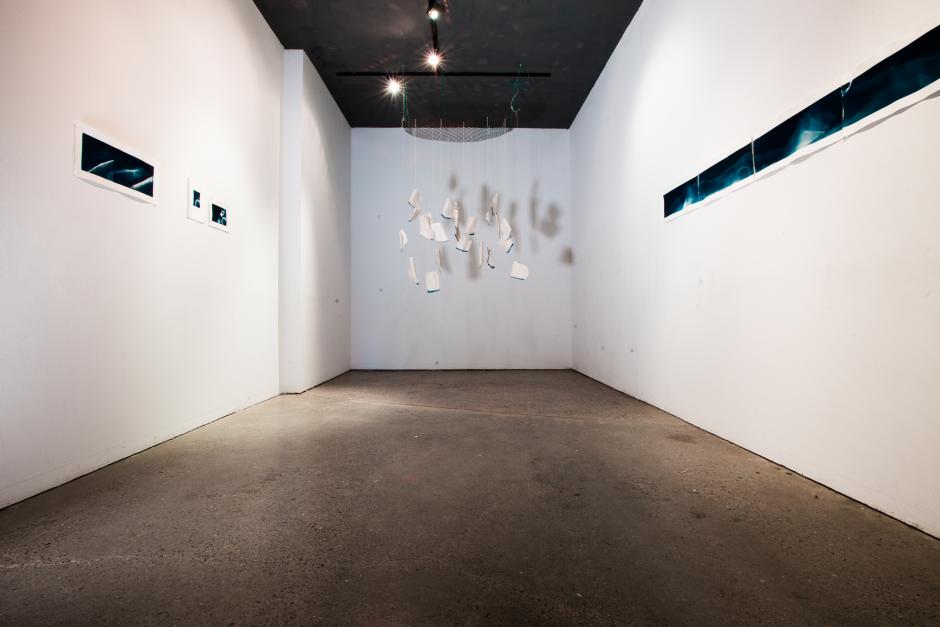 It was five trees that led Tyler Burton to Banff.

Five massive Sequoia redwoods, hundreds of years old, that had always been part of the landscape around Lake Tahoe, where the Los Angeles-based artist would often visit as a child.

Until last summer, when they were gone — cut down to the ground.

“I was devastated. I thought it was like a loss of old, dear friends,” Burton said.

“I grew up going to this cabin and I always saw these trees. They were huge. And they weren't dead. I still don’t know why they were cut down.”

She left the site where the trees once stood. But the sculptor was back the next day with her clay. She took impressions of what was left of the trees “to somehow capture their spirits.”

It was Burton’s attempt to mark the effects people have on the environment. Eventually, it led her to want to do the same for the Rockies’ disappearing glaciers.

As part of an independent Visual + Digital Arts residency at the Banff Centre this fall, the sculptor travelled to the base of the glaciers to take impressions of the mountains surrounding town. Those imprints were turned into porcelain pieces that were filled with water, frozen and hung by string from the ceiling.

As the ice melted, the ceramics fell loose and smashed against the ground, adding to a growing pile of shards underneath. To Burton, the sound of the cracking porcelain held an eerie similarity to the echoing crash of ice falling from the glaciers.

The artist also embedded small pieces of plastic water bottles in the ice, which were revealed as the ice disappeared. Burton, who used to spend hours picking up discarded plastic after her kids’ soccer games, has always had a hostile relationship with water bottles — she sees them as an “unnecessary” assault on the environment.

Burton calls the piece an experiment, a personal reaction to what she saw on that hike last year. But she hopes it can also serve as a way to encourage people to think about climate change and the fate of the environment.

“I think it affects people on an emotional level, rather than on an intellectual level. I think, first of all, people think 'Oh my god, the work is just crashing it is being ruined. It's unexpected.’”

Some of the lessons came as a surprise to Burton herself. The original plan was to suspend the dozen ceramic pieces individually. However, she found a chunk of metal grid to attach them to instead. The result: as every piece fell, it caused all the others to sway precariously.

“It’s like how global warming affects everything down the line … it's not isolated.”

Burton never knew when the pieces would drop, or exactly how they would fall. The uncertainty, she says, compliments what it is like to work with ceramics.

Burton plans to use the ideas taken learned from the piece for a larger installation in Los Angeles.