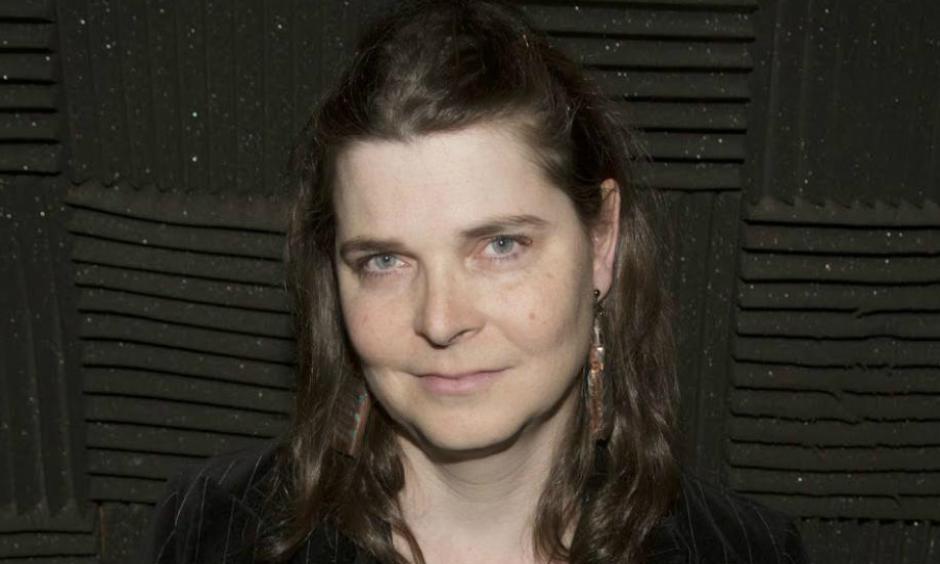 Jess Rowland wants you to really think about the sound of nails on a chalkboard.

“For me, and I think for a lot of people, that makes us want to run screaming,” says Rowland.

“Now imagine you took that exact same sound, but instead it's a sample on a keyboard. You would probably not get the same feeling.”

In both cases what’s going on in our ear is the same, but when the sound is paired with the image of nails on a rough surface we have a stronger emotional reaction.

“I think of sound not just as what’s going in our ear, but as the vibrations in our body, physical actions and gestures, and cultural context,” she says.

A composer and artist with a day job in a neuroscience lab, Rowland is investigating what we hear and how we understand it. She spent time wrestling with this concept last month at the Banff Centre as part of the Banff Musicians in Residence program.

“We’re not neutral, we’re not passive,” says Rowland. “To be alive is to be engaged with the world and so much of what I do is trying to help that to happen by exposing the way sound is made.”

Her latest work is a piano piece composed of all the sounds a piano makes aside from notes. It’s a feedback loop of the sound of the lid opening and closing, the pedals pumping and the keys being released.

These sounds are nearly always present in a piano piece, but the audience rarely hears them. Rowland thinks this might because they’re not really listening.

To Rowland, hearing — the physical processing of vibrations of the eardrum — is clearly distinct from listening, which is an active mental process. Differentiating the two is a major part of defining the emerging field of sound art.

The most famous piece of sound art is John Cage’s 1952 composition, “4’33.” It’s four minutes and 33 seconds of silence — or, more precisely, of audience noise in three movements. However, the field wasn’t given a name until the 1980s and didn’t take off until the arrival of mainstream electronic music.

The art form draws attention to the vast amount of noise we tune out in daily life. We tolerate poor MP3 sound quality and live in cacophonous concrete cities, rarely pausing to notice the world of sound around us.

In fact, Rowland, who teaches a class on sound art, assigns her students the exercise of just listening. She insists that, unlike vision, which she believes we’ve maxed out, our sense of hearing still has a large potential to be developed.

“I could look at that wall for 15 minutes and not have that opening of experience you would have if you tried to listen,” Rowland says. 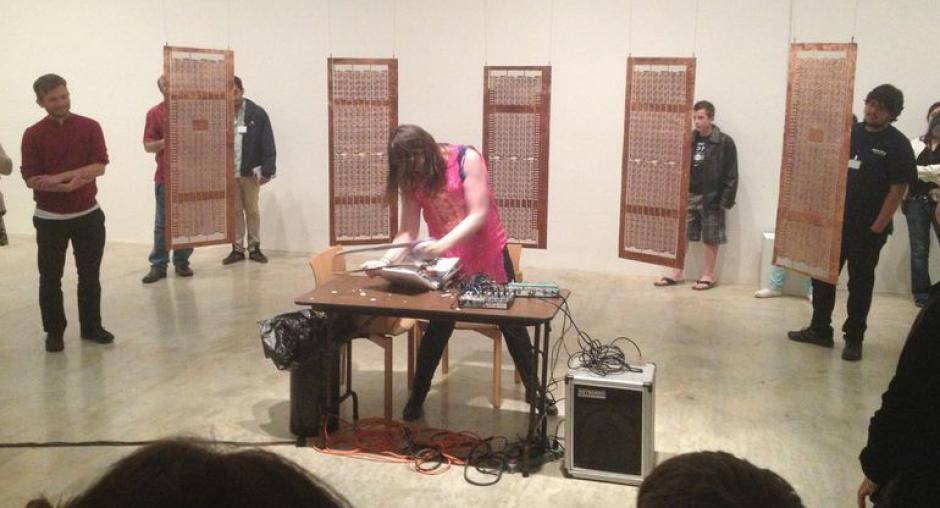 This process of training the brain to listen is where her role as manager of a neuroscience lab feeds into her art. Her interest lies in how our brains themselves can be musical instruments, in that we all physically process sound in the same way, but how we perceive what we hear varies with the individual.

She experimented with this idea in a tribute to Alvin Lucier’s renowned sound art piece, “I am Sitting in a Room.” Lucier recorded himself speaking in a room, then continued to play and re-record that track so it took on the ambient sound of the room. Rowland took this concept, but instead fed her track through an algorithm meant to mimic the way our ears filter sound.

We all perceive the vibrations on the surface of our ears the same way, so neuroscientists have been able to build a mathematical model to recreate that process of filtering sound. Rowland took this research and used it to alter the frequencies of her sentence in the same way that our ear would. What happens after that transformation is up to our brains to parse out and understand.

This piece was a departure for Rowland because it was a process piece, set up like a science experiment instead of composed using a musical strategy. She had an initial condition, then cycled through repeating patterns, and ended with unexpected results.

It was also different in that it was an opportunity for her to bridge the worlds of art and science. Experts often draw artificial lines around their respective fields, but Rowland says they should come together more since she uses both to understand the world.

Rowland’s work centres on this idea of disrupting normal patterns to stretch our understanding. During her 18-day stay at The Banff Centre, Rowland had a break from the persistent buzz of New York, full-time access to a piano, and the peace required to create three new works.

With each piece, Rowland hopes her audience learns to experience sound in a deeper way.

“I hope their ears get bigger.”