From Studio to Centre Stage: Ballet BC's 'Romeo and Juliet'

If there’s one thing almost every artist cherishes – something nowadays very hard to get – it is time. Time to dream, time to nurture an imaginative seed, time to explore its potential. And not just any kind of time. To be valuable to an artist it must be focused time, free from the distracting buzz of everyday existence.

Through its range of residency programmes, Banff Centre has been offering artists exactly this for many decades. The range of programmes and the titles they bear reflect the evolving needs of artists. What has remained constant over the years is the promise of an artist-focussed sanctuary where the clean air, inspiring surroundings and extraordinary facilities act as a potent stimulus to creativity.

It’s the reason Emily Molnar is looking forward to an intensive two-week production residency early 2018 that will allow Ballet BC, the company she has led since 2009, to bring its new production of Romeo and Juliet to life. During Ballet BC’s stay, 38-year-old French choreographer Medhi Walerski will have the rare opportunity of taking what he and the dancers have prepared during many weeks in the troupe’s Vancouver studio and shaping it over an extended period into a finished stage production.

“The transition from studio to stage is crucial,” explains Walerski.

“A new piece only comes to life on stage and to have this amount of time to keep experimenting, seeing what works and doesn’t work, is a dream come true for a creator.”

During its production residency Ballet BC will have full access to both the Margaret Greenham and Eric Harvie theatres while also making final adjustments to Banff-built sets and lighting. Common sense would suggest that this would be common practice where a new production is involved but the reality is very different. No ballet company in Canada owns its own theatre. They are always paying rent to use someone else’s. Even if a theatre had free dates available, the cost of renting it for two non-performance weeks before a premiere would be unaffordable. Sometimes ballet companies are only able to manage a couple of stage rehearsals before the curtain goes up. It’s thus not uncommon for new productions to be tweaked continually during their premiere runs, simply because there was not enough preparatory stage time.

“Giving more time to something provides the opportunity to do it better,” says Molnar, who apart from her regular position at Ballet BC is also Banff Centre’s Artistic Director of Dance, providing vision and guidance for all its dance-related programs.

“In North America it’s an unheard-of luxury to have this kind of opportunity,” Molnar continues. “Banff really supports the research and development of new work and it makes a big difference in the outcome.” 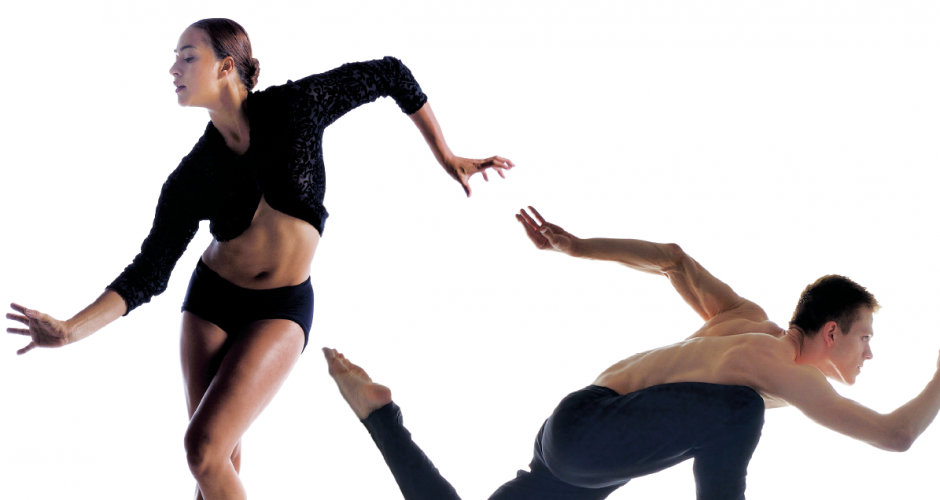 Banff Centre is known for its orientation towards contemporary artistic practice, collaboration and interdisciplinary experimentation. In this context Ballet BC and Medhi Walerski’s new Romeo and Juliet are a perfect fit. Under Molnar, the company has established an enviable reputation for pushing at the perceived limits of contemporary ballet. Its dancers are fearless and the choreographers who work with them are equally energized to explore new creative possibilities.

William Shakespeare did not invent the tale of two young lovers whose fate it was to fall victim to the hatred between their rival clans. Scholars suggest the core of the tale extends back many centuries. Even so, it is Shakespeare’s late 16th-century play that has made Romeo and Juliet universally familiar; so familiar that it has been adapted for opera, musical theatre, film and, of course, dance.

There were ballet versions of Romeo and Juliet long before Russian composer Sergei Prokofiev in 1935 composed a score that now propels almost every subsequent dance adaptation. Romeo and Juliet productions abound, partly because it’s a deeply affecting human story and because, as Molnar points out, Prokofiev’s “is one of the most beautiful scores for dance.”

Molnar had been considering the challenge of presenting Romeo and Juliet for several years but with Ballet BC’s emphasis on presenting new work Molnar wanted to find a choreographer who could craft a production that “would belong to us.”

“I had already done three shorter works for Ballet BC,” Walerski explains. “When Emily suggested Romeo and Juliet I almost thought she was joking. I had never made a full-length story ballet. But I had always loved the music and we started talking about it seriously.”

“Medhi is the perfect choice for this,” says Molnar. “There’s a very humanistic quality to his work that is ideal for the story.”

Although there’s still much work to be done before Banff Centre audiences are given the chance to see a February 10 avant premiere of Ballet BC’s Romeo and Juliet, Walerski is willing to share some of its features. Ballet BC’s regular roster will be augmented by about a dozen students from Vancouver’s Dance Umbrella professional training programme. Yet, even with a cast of as many as 30 dancers, Walerski’s will not be the kind of long, sprawling, period-costumed Romeo and Juliet favoured by the big classical ballet companies. Ballet BC is a neo-classical troupe and Walerski’s production, specific neither in its period or place, will be shorter – probably under two hours with just one intermission – and more symbolic and abstracted than a routine narrative rendering of the story.

“There are very strong ideas that come out of the play,” says Walerski, “ideas that are universal and can connect with who we are now. It’s a story that still resonates and it’s a gift for me to work on it with a company I’ve come to know well and admire for their work ethic and artistic integrity.”

Michael Crabb is dance critic of the Toronto Star. In 1990 he spent a one-month arts journalism residency at Banff Centre.