Taking Risks On and Off the Wall 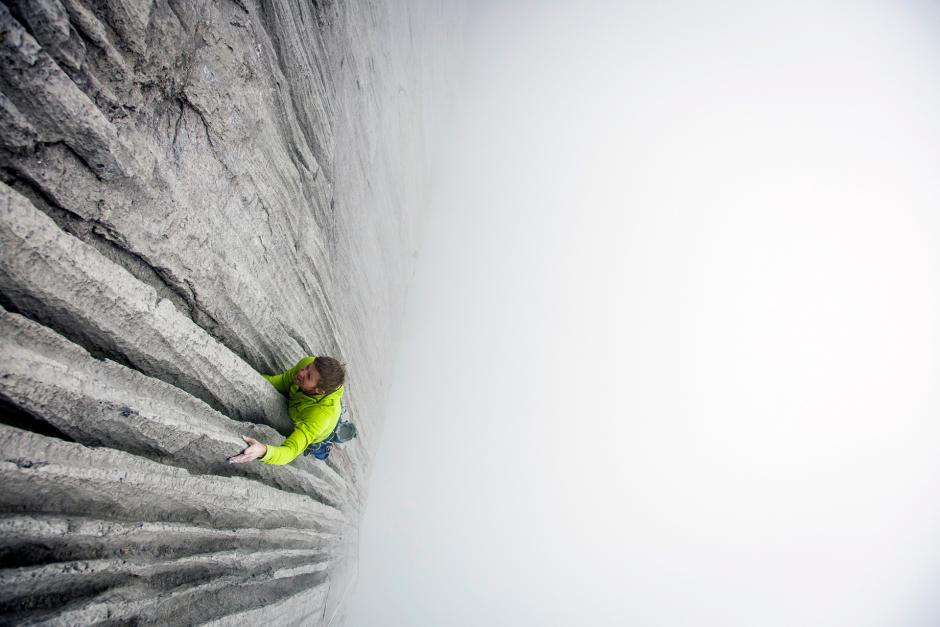 Taking risks is a normal part of Tommy Caldwell’s everyday life. Risk, of course, is relative. World-class rock climbers like Caldwell often say that what they do is not dangerous at all, but in fact, very calculated and safe. “I view risk a something that creates clarity and flow,” says Caldwell. “I think true life experiences always involve a bit of risk.” There are ropes and protection in place to save you from a life-threatening fall but, of course, but what about the things that are out of your control?

Caldwell and a team of climbers never expected to be kidnapped while making an ascent of a big wall in Kyrgyzstan, but for six days in August of 2000 they were held hostage by militants. Eventually Caldwell was forced to push one of their captors off a cliff to escape. After surviving that ordeal, he later chopped off a finger in an accident, putting his career in jeopardy, and confronted the break-up of his marriage — plenty of challenges to endure in one’s lifetime.

More recently — more fortunately — Caldwell, along with world-famous climber Alex Honnold, put up a speed record on The Nose, a difficult route on the iconic Yosemite rock face. They completed the 1,000-metre route in an incomprehensible one hour and 58 minutes, when it takes most parties three or four days.

All these events involved a certain level of risk, first assessed and often set aside. But Caldwell applies the same lessons he’s learned on and off the wall to his own creative practice as a writer. A 19-day media circus ensued after Caldwell completed the first free ascent of the Dawn Wall in Yosemite; the world was eager to hear his personal story. The next thing he knew, he found himself in New York City at a big publishing house signing a book deal. Writing The Push: A Climber’s Journey of Endurance, Risk and Going Beyond Limits, his memoir about that ascent, was another kind of risky business for Caldwell, but one he was ready and willing to take on.

“Memoir writing and public speaking do a decent job of fuelling my appetite for risk. They require a similar leap of faith and a belief that it’ll all work out in the end,” he says.

“My ambition to write a book was supposed to be a search for truth.”

After learning about Caldwell’s writing project, Banff Centre for Arts and Creativity offered him and his co-author, Kelly Cordes, a two-week residency in the Leighton Artists Studios — time to reflect, polish, and complete the book. The experience opened new doors for Caldwell, expanding his ideas about what challenge and risk really mean. It offered a new focus, not unlike climbing itself — so Caldwell committed to the project much the same way.

“After arriving at Banff Centre I felt equally single-minded. My climbing gear sat unused in a duffel bag next to my bed. I wrote 16 hours a day and for the first time in my life I wasn’t even tempted to go climbing,” he says. “When my brain felt tired I hit the reset button by going on short runs up Tunnel Mountain. Inevitably, while running, more ideas emerged and I constantly had to stop to jot down notes. The ideas turned themselves into sentences, then pages, and chapters.”

The Push is a compelling and gripping narrative. There is an honesty to Caldwell’s writing that treads on risky, private territory. His vulnerability is evident and he embraces it. “In climbing, we often think that we are working towards a goal, a summit. But when we get there we find little more than hollowness, uncertainty,” he says. “Maybe that’s okay, because uncertainty seems to be a precursor to euphoria, and euphoria a precursor to uncertainty. So maybe our search for summits and truth will not bring us to the end, but in fact, back to the beginning.”

Stepping out onto the ledge of the unknown realm of writing, Caldwell may have found his new medium.