Writer Paige Cooper reflects on her returns to Banff Centre 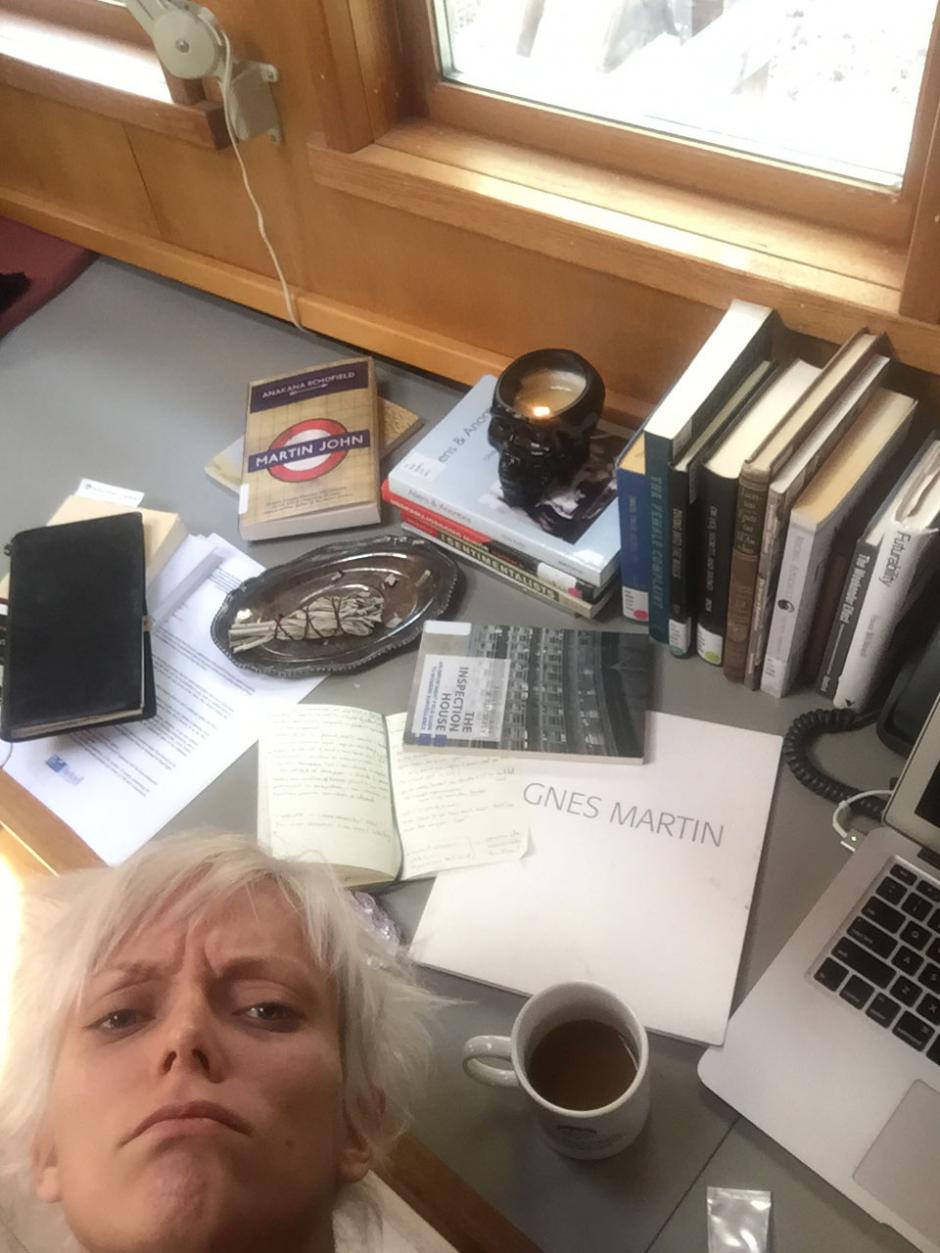 Paige Cooper's debut collection of stories Zolitude was longlisted for the 2018 Scotiabank Giller Prize and is a finalist for the 2018 Governor General's Literary Awards.

The last time I was at Banff Centre—October 2017, a month in a Leighton Studio—I took a late-afternoon walk up Tunnel Mountain. I’d just arrived after five years away from the mountains, and a view from a peak seemed necessary to situate myself, spiritually or psychically. I was feverish with a new cold, courtesy of the plane from Montreal, and the air felt alien. Montreal was hot with autumn, but here winter was edging in.

The air’s thinness made the sky colder but the sun sharper, and I was sweating under my coat. I took it off. It was strange to experience the air here as thin, when I’d never noticed its thinness before, always wondered about thinness’ adequacy as an adjective. Though I remember a British milliner arriving at the Paul D. Fleck library once and gaspingly asking when her lungs would adjust. Later I saw her smoking out front of Lloyd Hall. I’d be smoking out front of Lloyd Hall myself, nine years after she set the example.

On the path, two people were picking their way down the incline above me, and one of them was Rachel Cusk. She’d just been shortlisted for the Giller Prize and I’d forgotten she’d be here, teaching fiction. I kept calm. I edged around her shyly and respectfully, like she was wildlife I didn’t want to disturb. Five minutes later I recognized the next descending human: my junior high sex-ed teacher.

When I got to the top, sweating like Hans Castorp in The Magic Mountain, I joined the brightly-jacketed tourists and took a few pictures off that sharp and shocking ledge. Across the way, Rundle’s gentle tail relaxed into the Bow River. It was an unfamiliar angle on a deeply familiar mountain. If I walked along its twelve-kilometre spine, I’d be standing over the house I grew up in. 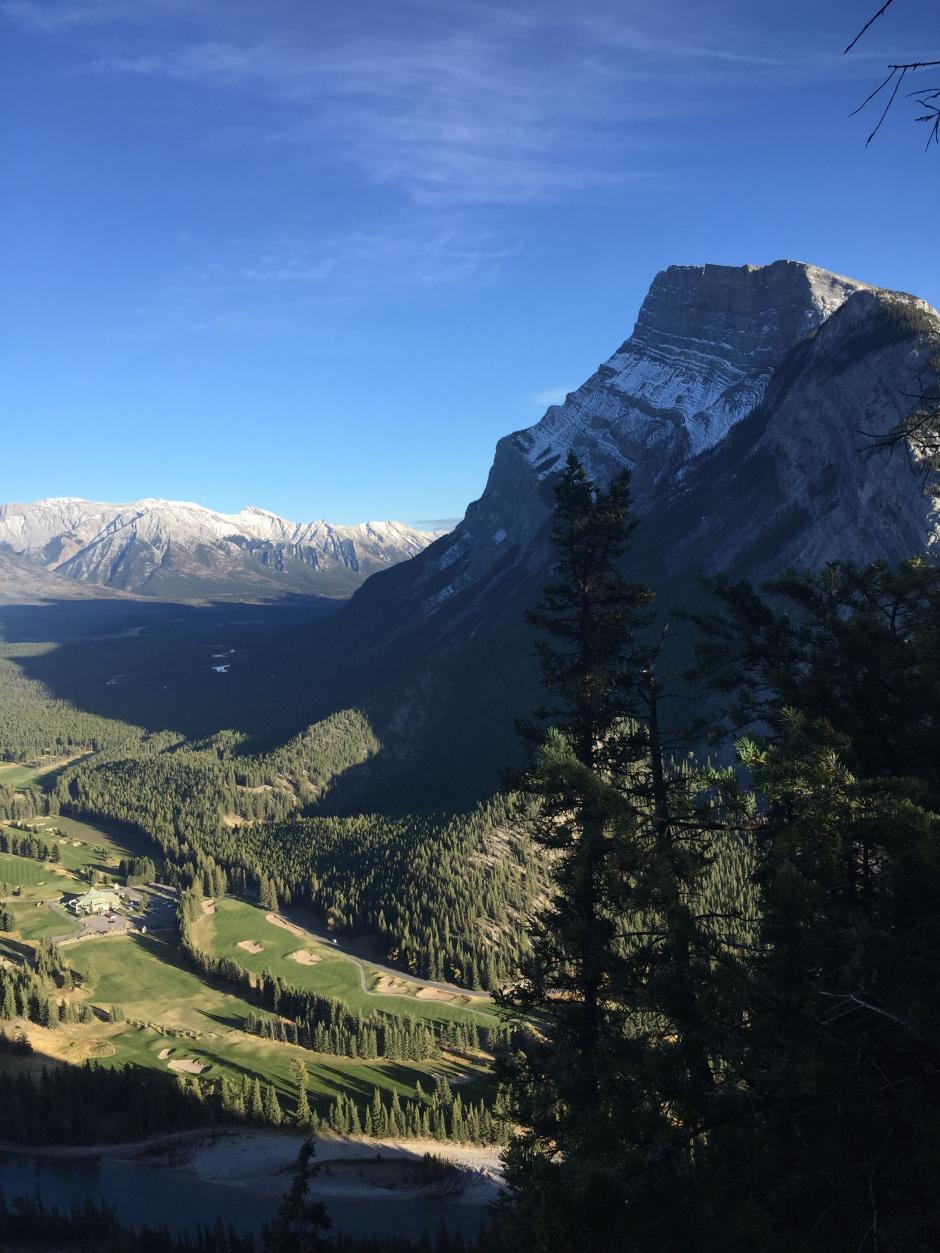 When my dad arrived in Banff in the mid-70s—a scowling hippie with a long black beard and a settled antagonism towards police officers—his first job was driving the laundry truck at the Centre. Every few years he’ll remind me that when he got arrested—“Obstruction,” is all he’ll say—Don Becker (of Don Becker Residence fame) wrote a letter to the warden at Spy Hill attesting to my dad’s good character. The letter didn’t do much. Dad stayed in jail for a few months, came back, and saw my mother sitting in the park beside the Bow River, across from the post office.

By the time I was sixteen I didn’t exactly know my way around the Centre, but when I volunteered for Wordfest—which, at that time, held events in Calgary and Banff both—my assignment was escorting authors to their events.

Slightly incompetently, I was walking an Australian or American author past the newly-built Professional Development Centre when I commented on the tree trunks that angle out from the building’s walls. “Ugh. So wasteful,” I probably said, adolescently zealous. “They’re not even necessary.”

“It’s called architecture,” the writer retorted. He did not speak to me again for the rest of our small walk.

This was the first time that I considered when, exactly, aesthetics might trump morality.

It’s difficult for me to not be earnest and nostalgic about Banff and its mountains. Fortunately, the alpine sublime resists emulsification with most forms of sentimentality (Travel Alberta ads aside). I’m not a rock-climber or a back-country hiker—I will never have the skill or gear required to traverse Rundle’s twelve kilometres and seven peaks—so the most I can do in these mountains is look at them. It soothes me that they don’t look back.

Because my parents left the Bow Valley years ago, worn down by tourists and tourist-town economics, when I visit now I am a tourist. This is the standard you-can’t-go-home-again narrative, but heightened by the supreme desirability of the home itself. Many people, upon visiting these mountains, want to call this place home. They want to look at the mountains many thousands of times, not just a few. If they are free enough, or rich enough, they do so.

I’ve returned to the Banff Centre three times as an adult—once as a librarian, once as an aspiring writer, and once as a professional writer. I have one staff card and two artist cards, the most recent of which I always carry in my wallet, sentimentally.

I am a tourist—bearing a debt in carbon and water, historical violence, habitat erosion, population density—but because Banff Centre exists, when I come here I am also a writer. I have the card to prove it. I’m tempted to look at it as the site of a flawed redemption, but more realistically it is a dialogue. The mountains don’t change and they don’t look back, but I still come here to look again. If looking is like asking, they don’t answer. 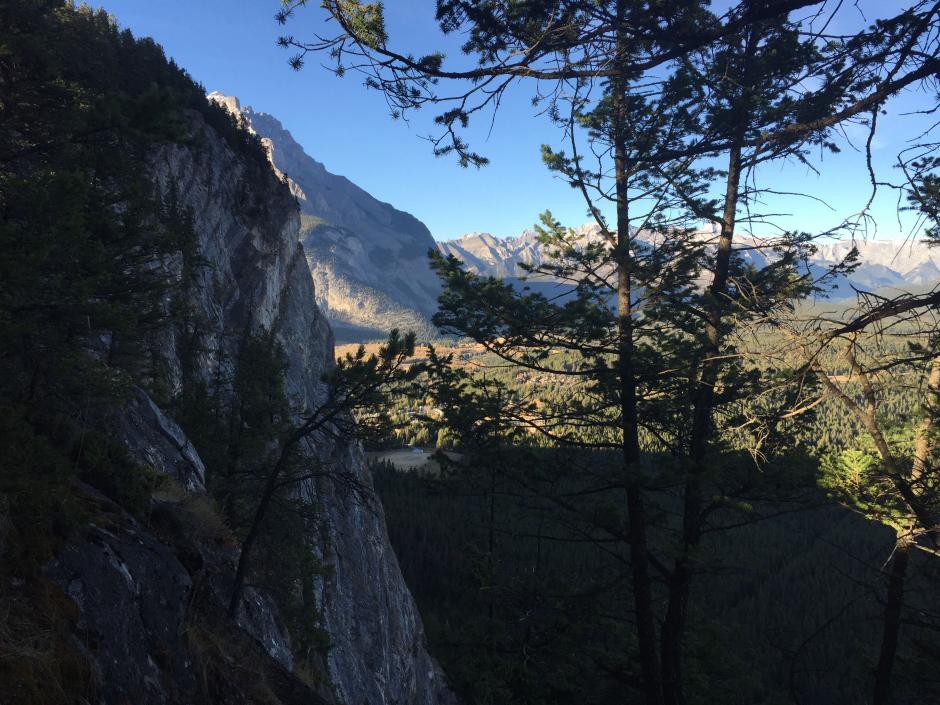 When I was a librarian—or actually a library clerk, doing a four-month practicum in between the two years of my Master’s degree—the Paul D. Fleck Library was located in the basement of Lloyd Hall. Writers, artists and staff came through, undismayed by the pink upholstery and plastic sheeting sheltering the stacks from plumbing leaks. I recognized their names from undergrad lit classes. Once I asked Anton Kuerti how to spell his last name. “I’m sure you get that a lot,” I joked, but he didn’t laugh. I was duly embarrassed half an hour later, when I googled him. (I am not a rock-climber and I am also not a musician.) This was the library that ruined me for all other libraries.

That summer a writer was very kind to me. I was under the impression that he came often to Banff Centre. In my memory, this was because the Rockies reminded him of the mountains of Kashmir, where his first books were set. He walked up Tunnel every afternoon, after writing through the morning. He was close friends with another librarian, and through her he learned that I was a writer. I was not a writer, at that time. I had given up writing because I’d been told that my stories, mostly about young women, were self-indulgent, and I’d internalized this idea.

But this kind writer went for a walk with me on my lunch break, and asked me serious, pointed questions about my practice and I avoided answering. Does anyone read what I write? (Not really?) What am I working on? (Oh, like, you know.)

As we descended the trail into the valley behind Tunnel, I slipped in the pine needles and grabbed his hand. It was an instinctive jolt. His hand was warm and dry. For years I winced whenever I recalled that childish, flailing grasp. I never worked up the courage to email him a story, or even to say thank you, though nine years later I still think of that single conversation.

The writer told me that there are things you can write when you are young that you can’t write at any other point in your life. He told me to write.

More than any other place, when I return to Banff, I do.