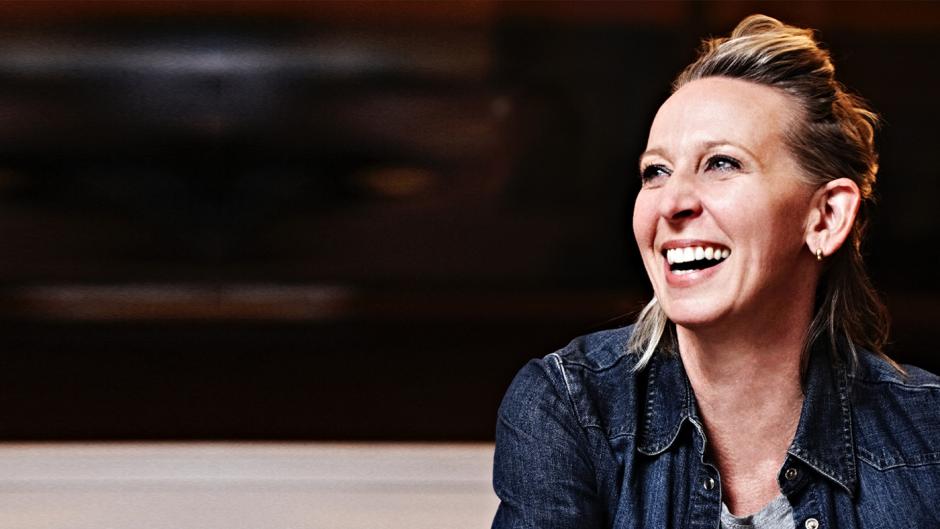 When Gabrielle Hamilton was writing her bestselling memoir, Blood, Bones & Butter: The Inadvertent Education of a Reluctant Chef, she was also running her acclaimed New York restaurant, Prune. The result was a five-year journey that didn’t include a lot of sleep, but paid off with awards, accolades, and many copies sold.

She continues to live with one foot in the kitchen and the other at the writing desk, though she says both versions of herself are one and the same—one side always informing the other.

Gabrielle joins us on campus as faculty for the Literary Journalism program. We caught up with her to talk developing a voice as a writer, and how to make time to write when it seems like there’s none.

You’re a bestselling author with rave reviews under your belt from Michiko Kakutani and Anthony Bourdain—something most writers can only dream of. But you were an award-winning chef first. Is there a hierarchy between author and chef for you?

I think I revere writing and the literary fields more than I revere cooking. So that’s the only hierarchy in my mind. What do I adore, bow down at the altar of? It’s writers and good writing.

Why writing more than cooking?

It’s more moving. It’s been more instrumental in giant life answers. It’s more satisfying and necessary for me. But, don’t get me wrong, I really, really love to cook and clean because it helps out with the writing.

Have you found a lot of similarities between the creative aspects of cooking and writing?

On the contrary, I find them completely antidotal to each other. One really helps out with the other but because they’re so opposite. Writing is so alone and often unfinishable. You can’t finish it in time, you have to wait for it to come to you, or the story has to reveal itself. Cooking—that’s so social and in a group. You can just cross off the prep list and be ready at 5:30 when the doors open. It’s very satisfying in that way.

I think it’s also great to be in a kitchen where you’re having tangible, sensual experiences. Your hands are touching wet things, and warm things, and cold things, textures that really live and can be held. And that’s really nice to have something tangible when you’re, by contrast, trying to write something that’s floating around in your damned brain and you can’t actualize it. Conversely, too many days of having your hands in the salad bin and you’re like, ‘This is fucking tedious. When do I get to do something bigger with my brain?’ I think they help each other out.

Is there anything about being a chef and owning a restaurant that prepared you for the rigour of writing a book?

I couldn’t have predicted it, but in fact the experience of being the arbiter of the quality of a plate or a dish passing in front of you before it makes it to the guest has been so helpful as a writer. I think many writers...you’re waiting for the teacher or the editor to tell you when you’ve written your “A” paper, or your perfect poem, or to admire your phrase, or to tell you it’s a little clunky at the last paragraph.

Many, many, many years of trying to never let a plate get to the customer too salty, or over-toasted, or burnt, or dry—I know the difference between a good plate and a bad plate, so I found that very helpful when turning to book writing.

I’m objectively able to tell the difference between good writing and bad writing, I don’t need to wait for an authority figure editor to tell me. I can just get all over it myself. It’s whether you’re willing to face the truth and work with it, which I am.

You talk a lot about that idea of writing the “real truth"—what does that mean to you?

I guess I can always tell when I’m...not lying, but you can just tell when your writing is dead. You’re posturing, you’re using words that aren’t yours, you’re saying something because you think it’s charming to say it that way, or you want an experience to look like this but if you bear down a little further you’ll realize the truth that it didn’t quite look like that. If you’re good at putting words on a page, you can really fake yourself out.

It seems like such a natural instinct. You want to make yourself look good and you want to tell your story in this beautiful way. How did you dig down and wrench that truth out of yourself?

What’s funny is that it’s actually the least hard. That’s when you know you’re telling the truth truth, when there’s no conflict in your body about it whatsoever. Whenever you read something on the page that’s either too exciting, or you’re just so proud of it, or you’re worried about it, or you’re bored by it—for me at least, whenever I’m having any bodily electricity around any word that I put on the page, I know that’s the place I have to go back and find out what I’m not telling the truth about.

Whenever I’m really telling the truth it is dead silent neutral in my body. It’s so objectively true that there’s no arguing, and my body doesn't argue with it.

You wrote your book over five years while you owned a restaurant and had a family. A lot of writers these days, I think, spin a similar number of plates at once—how did you balance everything? How did you manage to get that book down on the side?

I wrote in the same way that I approached sleep—whenever there was an opportunity. When your kids falls asleep in your arms nursing, that’s probably a good time for you to let your eyes shut too. Or you’re awake and the kids are asleep so you grab a book light and scramble some stuff down on the page, or you’re sitting on the subway and there’s a stop and quickly you start to write. You sort of catch it as you can. I did a lot of that. That’s sort of how you get the bulk of it done.

And then when you have to go back and do the real bridge-building and blowing up some of those bridges because they didn’t work and rebuilding them—I think I left my kids at their father’s for two weeks and locked myself in the house to actually put the thing in order. It’s kind of like a guerilla writing. I think it’s not ideal, either. That’s how I did it, but I wouldn’t recommend it. It doesn’t give you time to let the paint dry to see what the real colour is. I think it’s better to go at it a little bit each day and then go do something else.

You completed your MFA in fiction writing. Do you think you could have written that book without attending the program?

One hundred percent. I don’t think I learned anything about writing in writing school, frankly. I was given something when I was very young. I don’t know where this comes from, but I was born with a voice and I’ve always had it and I think in writing that’s the biggest leg up you could ever have. A lot of people don’t have a voice.

Do you think it can be cultivated, or do you have to be born with it?

I don’t know. It’s the same in cooking. You always talk to people when you’re interviewing them—“Tell me about your point of view on food. What do you cook? If you didn’t work in my restaurant, what would you cook? What do you cook at home? What’s your cooking voice?” And they’re often just cooking what their chef before them cooked. Which, of course, you learn to write like your teachers or cook like your chefs. But you can always tell when someone has a strong point of view of their own. It’s exciting when you encounter it. You also have to show up and put the sentences on the page properly, but it really helps out.

You’re faculty for the Literary Journalism program. Why do you think programs like this are important for writers?

The importance is multiple. For one thing, it’s very validating to be accepted to one. Especially for writers who sort of wander around in the wilderness of their own insecurity all the goddamn time. To get away from your regular grind is of a magnitude I can’t even describe.

I also think it’s really fun to let other people make mistakes and then you get to run back home and not make them yourself. And conversely, to observe what succeeds in other people’s pieces and to cop the strategy for your own. I love a group setting once in a while to just kind of fail and succeed without burning. 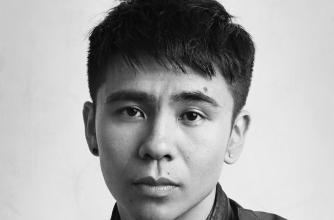 Ocean Vuong on Why Reading Will Always Be a Political Act

Ocean Vuong is a poet and essayist whose first book of poetry, "Night Sky with Exit Wounds", is a multi-award-winning bestseller. We caught up with him when he was faculty for the Literary...
Read More