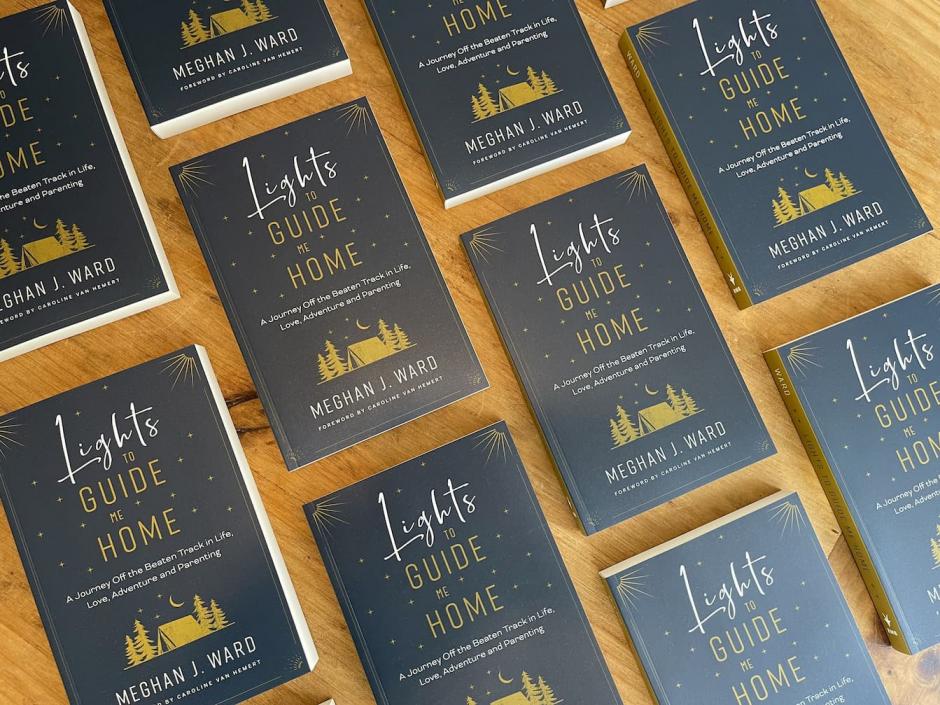 I didn’t set off to write a memoir. Nor did I know what I was getting myself into when I agreed to do it. Several years prior, my book had started as a short, blog-turned-book about outdoor parenting — one that didn’t even have a working title even after I had compiled most of the content.

But at times the stars align in ways we can’t ever predict. It took just six words to turn everything around for me. Six words spoken to me in 2018 at my annual check-in with my publisher from Rocky Mountain Books at the Banff Centre Mountain Film and Book Festival. We were discussing the book’s progress when he chimed in with a thought that would dramatically change my trajectory:

“I think this is your story.”

With that phrase, and a contract in place four months later, I had the opportunity to tell a story I didn’t even know I wanted to tell. It was the story of a period of time in my life, spanning 17 years, in which I carved out my own identity amidst family expectations, my responsibilities as a parent to young children, and my marriage to an ambitious travel and landscape photographer. The book had morphed from a surface-level series of blog-style essays into a deeply personal full-length book about transition and change, navigating off the beaten path, and suffering, at times, for the life I envisioned for myself and my family.

The title for that book came to me early in the memoir-writing process: Lights to Guide Me Home.

I discovered through the writing process that there would be two journeys simultaneously present on the page: the inner journey and the outer one. As the chapter outline came together, I realized the memoir would take the readers on a trip around the world from ski touring in the Arctic to backpacking the Caribbean, hiking in the Himalayas, adventuring at home in the Canadian Rockies, and travelling to some of the world’s most remote islands (with children in tow). Each location gave me a different lens to look at what was transpiring in my life, the world around me, and within myself — my thoughts, fears, yearnings, and reflections.

There was a third journey that transpired, one that isn’t described in the pages. Many memoirists describe how therapeutic it is to write one’s story. At times writing about my own life was like crawling into a meat grinder, at other times like prancing through a flower-filled meadow. The journey that was digging into old memories, putting myself back in my old shoes, and keeping each throughline connected required a tremendous amount of work, both mental and emotional. All the while, my intention was to ensure the reader felt like they could enter the story with me, which added another dimension to the process of writing this book.

Perhaps that’s a fourth journey right there — the one that transpires for the person reading the pages.

Lights to Guide Me Home is just one woman’s story, but I think many readers will be able to relate to the idea that there is power in dismantling expectations and rewriting our own narratives so that we can reach out and create a life that is meaningful and true to us. That’s the heart of this book, with some wild travel experiences and escapades thrown in for good measure.

Call it a memoir with an adventurous soul.

Meghan J. Ward is an outdoor, travel and adventure writer, and a Fellow of the Royal Canadian Geographical Society. She has written several books, as well as content for films, anthologies, and some of North America’s top outdoor, fitness and adventure publications. Meghan's travels around the world have taken her backpacking, island-hopping, and exploring off the beaten path, often with her children in tow. She lives in Banff, Canada, with her husband, Paul Zizka, and their two daughters.

Join Meghan sharing stories from Lights to Guide Me Home, in-person at the Festival on November 3rd. 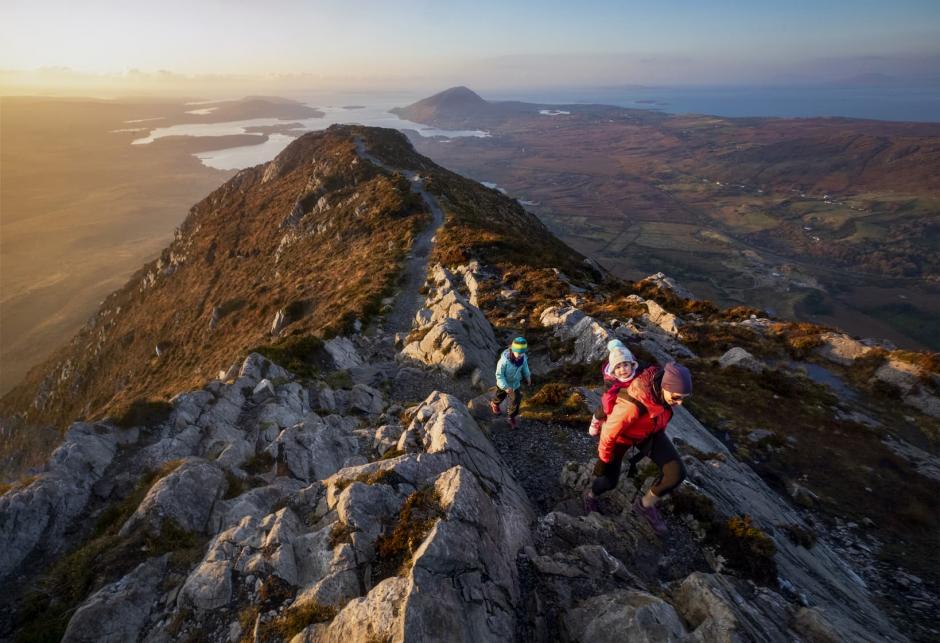 The blue sky of daytime began to fade into the yellow haze of late afternoon. The sun reached down and warmed our faces and we never felt a drop of rain. I reached the summit only an hour after departing the trailhead, and knew from experience I should wait for Paul. Léa was in good spirits, especially when I let her free on the broad summit trail, so there wasn’t a rush to get down. Paul would want to take photos and I wanted some of the family. The light was magical, with a gradient sky now blending to white near the horizon. I had so rarely hiked in view of the ocean, any ocean, and breathing in sea air from the top of a peak felt invigorating even as the warmth of the day began to dissipate.
When the other two arrived, we took time for our pictures. Paul photographed from the summit, while the rest of us stood on a lower shoulder of the peak where our bodies could be silhouetted against the silver sea.
An hour later we were on our way back down and I felt Léa’s body go heavy.
“I’m going to plod on ahead,” I said to Paul. It was our usual plan when Léa was napping on the trail.
“Enjoy the quiet,” he said, alluding to the fact I would be leaving him on his own to absorb the bombardment of facts that accompanied Maya wherever she went.
“See you down there,” I said, and picked up my pace.
Léa was now fast asleep, soothed by the constant rocking as I walked down Diamond Hill. The sky turned to purple and the horizon glowed yellow and orange. Then the sun set and we hiked through dusk, past brown grasses and rocks made darker as the light dissolved with the day. Maya and Paul were well behind me now, but I could see his headlamp lighting their way. Any hint of light then faded to darkness and I clicked my headlamp on too.
Apart from my footsteps and breathing, I had total silence. I had satisfaction. And contentment. The most I’d had in a very long time. I no longer felt the total entanglement I had on Rapa Nui, where I could barely see myself anymore. I simply didn’t care as much about who I was and who I was not, about trying to appear like I had it all together. And I didn’t care anymore about proving that I hadn’t lost anything to motherhood. That shift had happened naturally; the illusion was like a canyon, eroded over time. Eventually, the water broke through and flowed where it was meant to. Some of it came to heart matters and learning what was actually important to me. And some of it was in my head. Because, thinking logically, you can’t add two children to your life without moving something out.
And there on Connemara any hint of struggle faded away to an hour of peace, all to myself, as my daughter slept and I walked us down from the bliss of an afternoon spent up high. In a rare moment on that trip I was left to my own thoughts without chatter or crying or interruption.
I wondered if Léa, the youngest of our clan, thought about home. Does she wonder if she’ll ever return? As an adult I found it was easier to accept or adapt to my circumstances the more “knowns” I had available to me. I knew travel was temporary, so I accepted the discomforts and adjustments because it was just for a few days or weeks. I knew that eventually I’d go home where I had all my belongings, my house, my usual routines. I tried to live in the present because, otherwise, I’d miss out on the trip I was actually on.
But Léa seemed to respond more to the immediate as if nothing else existed. Whatever was in front of her became a fixation, fear or joy. At her age, she was a master of living in the present. She adjusted quickly as long as her basic needs were met and we weren’t throwing too many curveballs her way at once. We, her family, were the familiarity she required to feel secure. And perhaps those cheese puffs she loved so much.
An hour later, we all reunited at the trailhead and tucked into a local pub for dinner before the drive back to Galway. Around the table sat four tired and happy faces. Old photographs, fishing nets and vintage nautical equipment clung to the walls, and lobster cages hung from the low ceilings.
Over fish and chips we recounted that sunset on Diamond Hill, the way the golden light shimmered in the low grasses and how the ocean looked purple and silver all at once.

Excerpt from Lights to Guide Me Home, by Meghan J. Ward. This excerpt has been edited slightly for context. 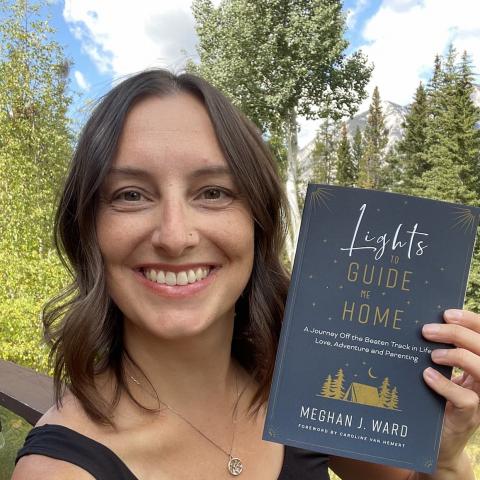 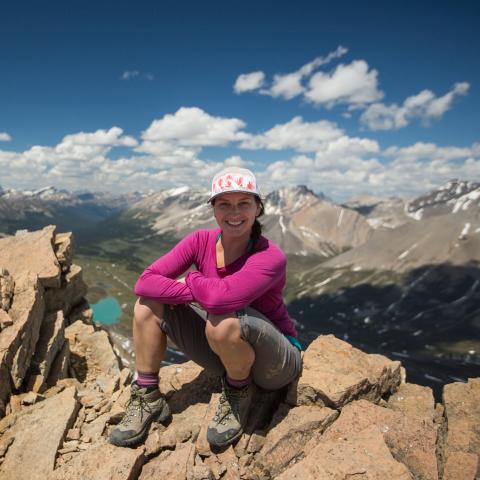 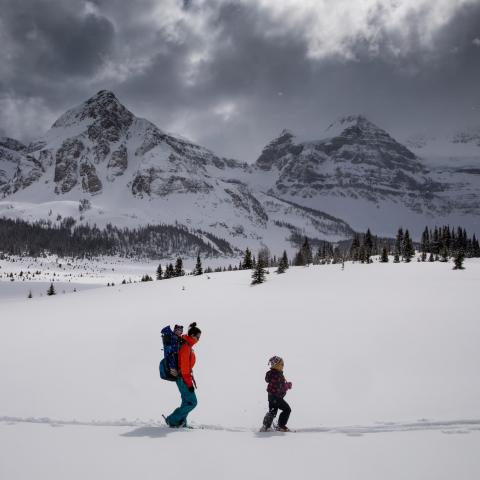