Bottles Under the Influence 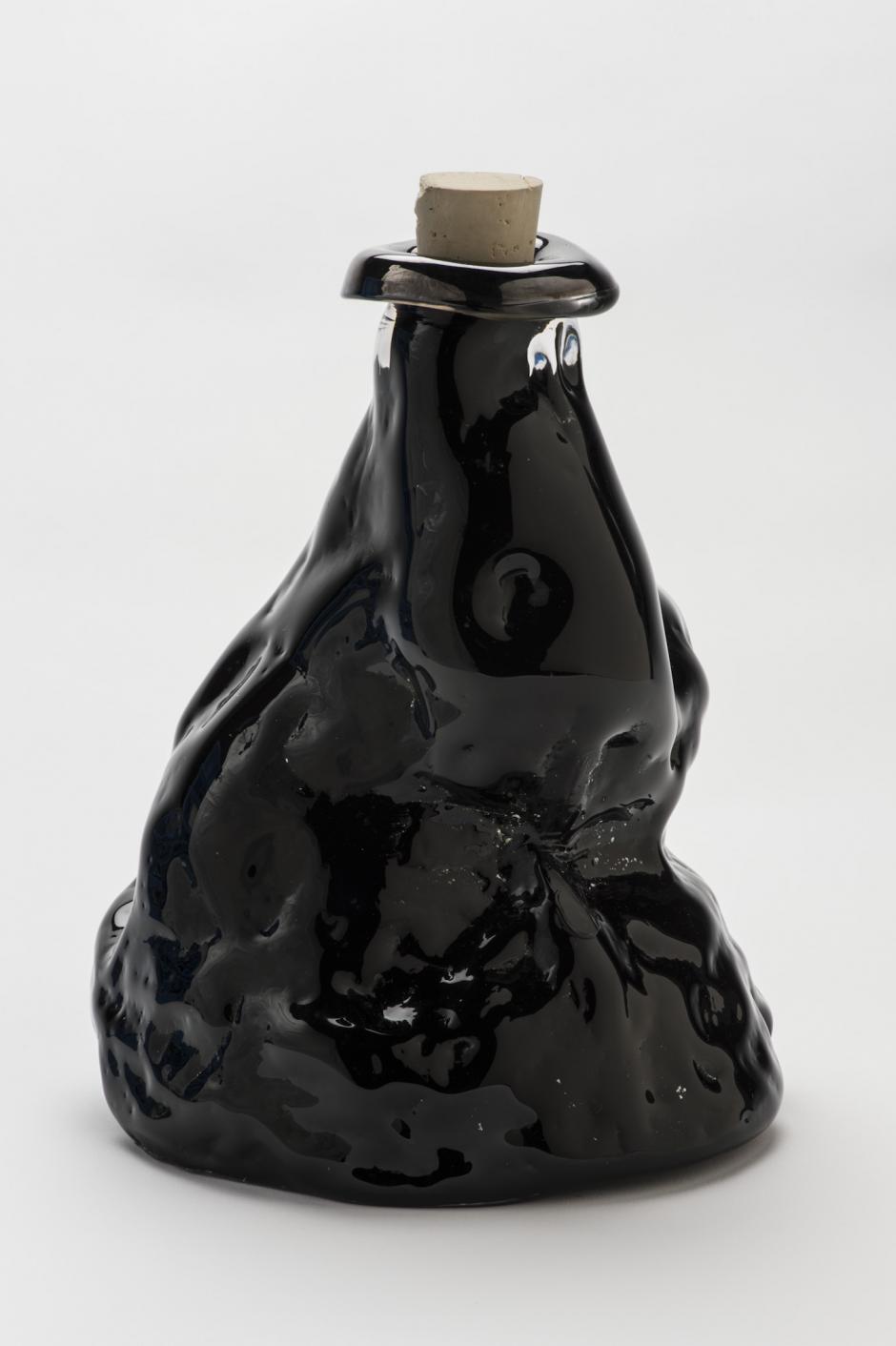 Julia Feyrer and Tamara Henderson work across film, sculpture, writing and bookmaking. The body of work in this exhibition took its starting point from Feyrer and Henderson's collaborative 16mm film Bottles Under the Influence (2012), made with bottles from the collection of the Historical Museum of Wine & Spirits in Stockholm. The bottles are documented, staged, positioned, studied, projected on, tucked in bed, drunk from, and shot at. Like bodies made of glass, they appear headless, armless, and footless, with lips and necks. These vessels hold the contents of the film.

Bottles Under the Influence is an exhibition of interconnected film sets: a pest detective's office, a dream-world press bar, a sleep-inducing herb garden, and a cinema. A 16mm film of the same name as the exhibition plays in the cinema, shot and researched by the artists at the Historical Wine and Spirits Museum in Stockholm.

Embedded within the sets are a series of glass blown bottles that simulate bodies, appearing headless, limbless, mutable, and distorted. They become a cast of characters that are staged, observed, projected on, used, and destroyed. Animating this collection of bottles is Feyrer and Henderson's artists' book Bottles at the Round Table(2013), published by Perro Verlag Press, Mayne Island.

Prior to the opening of the exhibition, the gallery served as a mise en scène where the artists filmed a yet-to-be finished sequel to Bottles Under the Influence. With the residual presence of objects and sets haunting the space, the exhibition becomes a place to contemplate the dormant period between the making and the viewing of a film. This emphasis on latent production is a response to and a reconsideration of the immediacy of the contemporary moving image.

Julia Feyrer's exploration into objects that relate to the human body extends across 16mm film, sculpture, sound, and photographic methods such as the daguerreotype. Feyrer considers devices and objects such as the clock or the camera as apparatuses to understand and measure time. Tamara Henderson's practice is based on recordings of the unconscious that follow an oneiric, or dreamlike structure. Drawn from processes of hypnosis, nocturnal fieldwork and altered states, Henderson's experiences are manifested into sculpture, furniture, and film sets. The objects possess a spectral quality, one that addresses the absence of a conscious experience.

Feyrer and Henderson began working together in 2009 while studying at Frankfurt's Städelschule. As the first public exhibition of their collaborative practice, Bottles Under the Influence investigates the corporeal and the temporal, summoning an in-between space that conflates dreams and reality.

Tamara Henderson is an artist from Sackville who lives and works in Stockholm. Her work has been included in group exhibitions at dOCUMENTA (13), Kassel (2012); Botkyrka Konsthall, Tumba (2009); the Frankfurter Kunstverein (2007); and the Ursula Blickle Stiftung, Kraichtal (2007). Forthcoming exhibitions of her work took place at Western Front, Vancouver and the Kunstverein Nürnberg, both in 2013. 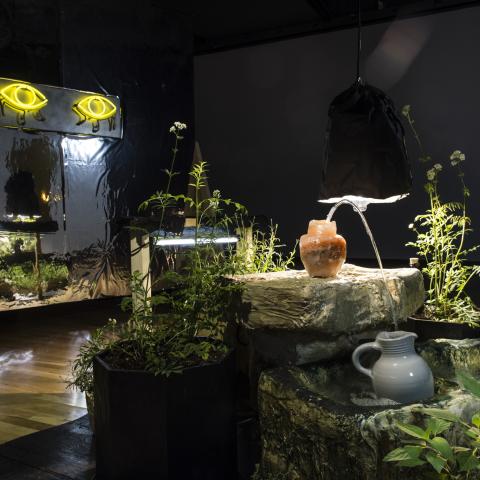 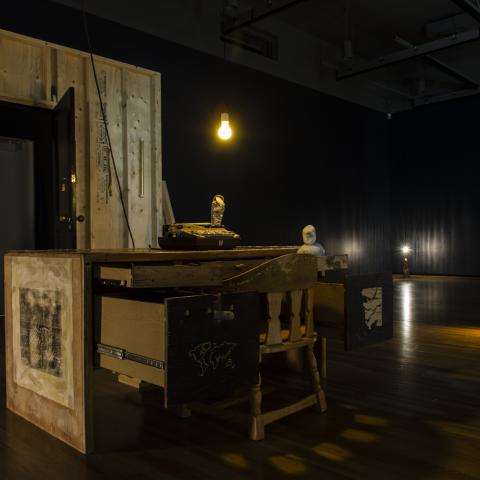 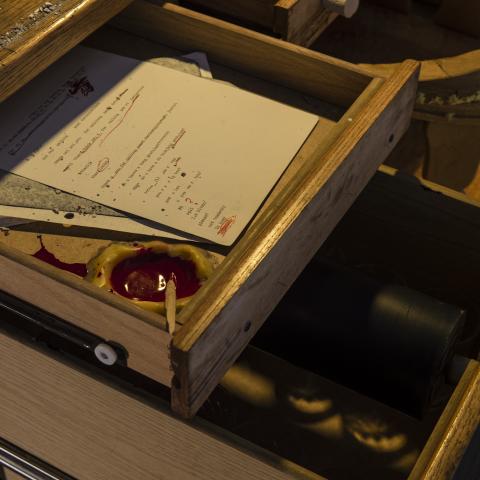 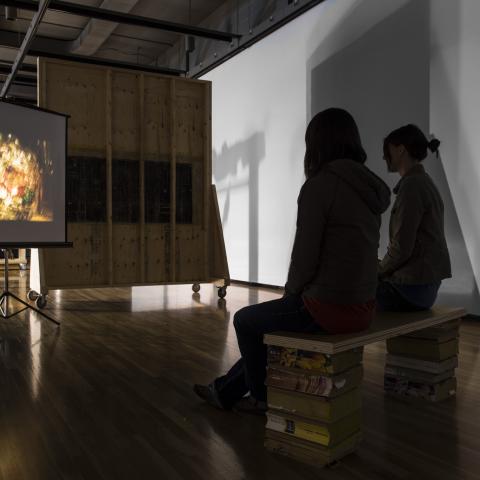 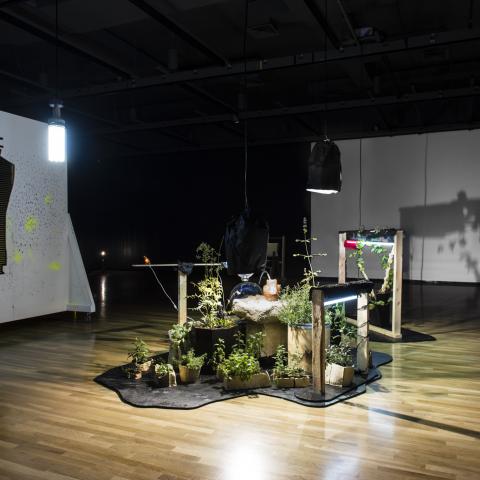 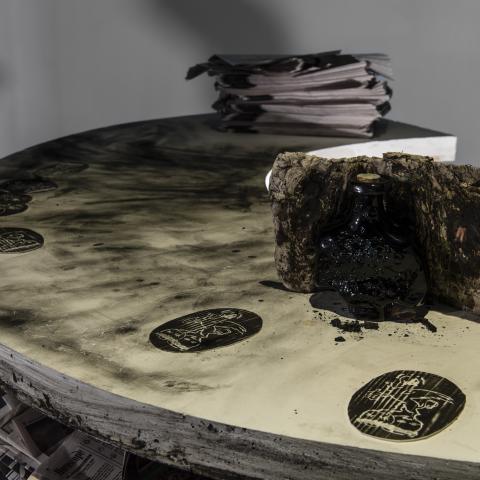