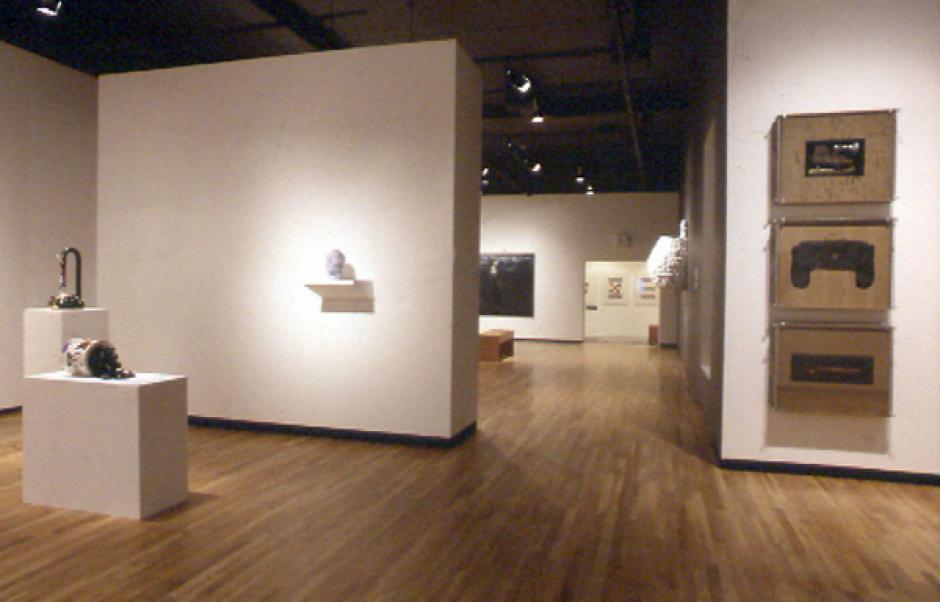 Change has seemed rapid and revolutionary in the three Baltic republics of Estonia, Latvia and Lithuania. Perhaps it is not too soon to consider the implications of such transformation – what has been altered and what remains the same – being rooted in traditions that are centuries old and transcending the rise and fall of governments.

Refleksija means "reflection" in Latvian and Lithuanian. As the title suggests, the artists in this exhibition reflect on the changing conditions in their societies. Separated by languages and cultures but bound together by geography and historical events, the contemporary artists in this exhibition from the Baltic republics convey the shifting contexts of their lives.

Six of the artists have created new works while in residence at the Banff Centre for the Arts. Their art examines culture and its social context, however, each artist sees very different forces – tradition and history, the environment, political change, common human experience – influencing their work. They use a variety of mediums that includes painting, silkscreen, sculpture, photography, performance, ceramics and installation to manifest their visions and critiques. In different ways, they express skepticism, humour and imagination.

Presented here is a range of practices developed in countries where communication with the west has been restricted. Since the independence of the Baltic republics from what was the Soviet Union, over the past few years the exchange of ideas with artists from these countries has stimulated discussion, awareness and debate on all aspects of cultural practice. This selection brings forward some of the issues that artists have grappled with.

Juris Bergins is a ceramist living in Latvia who graduated in design from the Art Academy of Riga in 1985. Originally a mural and portrait painter, he has been exhibiting since 1985 and his ceramic works are in many Baltic collections. In the winter of 1992 he was a resident artist in the ceramics program at the Banff Centre and has been represented in the Contemporary East European Ceramics exhibition in Philadelphia. His work uses popular forms to symbolize the politics of daily life.

Andris Breze has been active as a printmaker, graphic designer, sculptor and installation artist since graduating from the Art Academy of Riga. In 1984, he was involved in a seminal exhibition that took place in Riga’s cathedral, one of the first bold showings of installation art in Latvia. He has been represented in many Baltic exhibitions including major biennials and triennials, and significant Baltic exhibitions abroad. Working with found materials, Breze creates sculptures from objects with a past, re-evaluating the meaning of cultural remnants.

Valts Kleins took up photographic studies in Leningrad in 1980 after studying theatre and pantomime. In 1984, he worked three years for the Culture Ministry where he coordinated activities of amateur photo groups in Latvia. In 1987 he became one of Latvia’s first independent photographers and furthered his work with a stipend from the USSR Cultural Foundation. His work has been exhibited in Japan, North America and Europe as well as Riga. In his photography, Kleins extends the limits of social documentary, often involving his subjects in an interactive way, as in his project with troubled youths.

Leonards Laganovskis studied at the Art Academy of Riga from 1973 to 1979. He later managed a discotheque and worked as a set designer for the state theatre in Riga and as official mural painter for the state festival. He has been an active organizer of art exhibitions and has had solo and group exhibitions of his own work in Europe. He was an artist in residence at the Kunstlerhaus Bethanien in Berlin where he has been represented by Wewerka & Weiss Galerie. The personal experiences of growing up under a soviet system in a Latvian culture fuels his conceptually oriented, often ironic work.

Dace Liela graduated from the Art Academy of Riga in the department of monumental painting and received a stipend from the USSR Artists Union for further studies. Active as a painter and a book illustrator, she has exhibited internationally, and was represented by Sovavant-garde Gallery in Moscow and Tea Fisher-Reinhard Gallery in Berlin. Her works are in numerous private and public collections including the Latvia State Museum and Tretjakov National Gallery in Moscow. Her work refers to historical painting that she infuses with a contemporary realism.

Gediminas Urbonas studied sculpture at the Art Academy of Vilnius and received a scholarship to further his studies in Austria. In 1988 he began exhibiting his sculptures in Lithuania and working with the performance group “Zalias Lapas.” Since that time he has been represented in several Baltic exhibitions in Europe and has made his solo and collaborative performances in Lithuania and abroad. He creates actions and sculptures that investigate old traditions, rituals and techniques, tending to use gentle humour in depicting human situations. 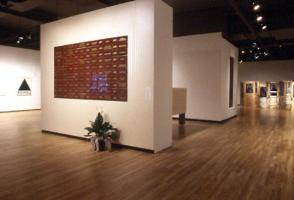 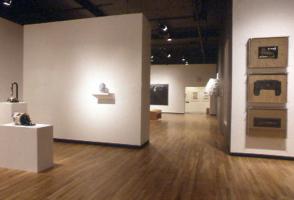 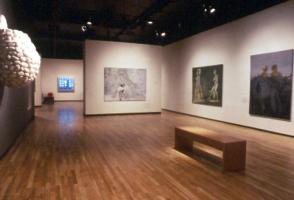