Banff, Alberta, October 20, 2011 -- Last February, at a high camp on the flank of Gasherbrum II in Pakistan’s Karakorum Range, Simone Moro, Denis Urubko, and Cory Richards completed the first winter summit of one of the country’s 8,000-metre peaks, and Richards took his camera. He captured an immediate, personal view on an expedition that scraped the limits of endurance for all three, with days in a sheer deepfreeze, and a sudden, near-fatal avalanche on the descent. Director Anson Fogel, impressed with Richards’ handheld footage, edited the story together to create Cold, one of the most anticipated films that will screen at the 2011 Banff Mountain Film and Book Festival. The screening will accompany a live onstage talk about the Gasherbrum climb by Richards and Moro.

Cold is one of 73 film finalists chosen for the 2011 Festival, which runs October 29 to November 6, 2011, at Banff Centre in Banff, Canada. Over the nine-day festival, audiences will experience the world’s best films chronicling the passions and obsessions of mountaineers, endurance and extreme athletes, and environmental and cultural advocates.

Opening weekend October 29 and 30 begins with a selection of mountain environment films, including White Water, Black Gold, David Lavallee’s portrait of the mighty Athabasca River, which runs through Alberta’s controversial oil sands region. Dianne Whelan’s feature documentary 40 Days at Base Camp gets inside daily life at the base of Everest, tearing apart many of the myths that have sprung up around the world’s highest peak, and Wolves Unleashed, by Alberta filmmaker Andrew Simpson, shows the bond between an idiosyncratic animal trainer and his pack of wolves.

Opening Weekend audiences will also see one of the hottest snowboard films this year, The Art of Flight, screened for the first time in Canada with Dolby 7.1 Surround Sound. The weekend finishes with Australian adventurer Tim Cope’s four-part series, On the Trail of Genghis Khan, that follows his three-year, 10,000-km journey to discover centuries of nomadic life from Mongolia to Hungary. Cope will be at the screening to introduce his film.

The next night, Banff Centre’s biggest theatre will fill with fans of the steep and deep. The Snow Show on November 2 brings in the best of the year’s ski and snowboard films, including the Rocky Mountain Sherpas’ ode to deep powder and pristine winter environments, All.I.Can, a glimpse into the world of big-mountain legend Xavier de le Rue in This is My Winter, and a close connection between two of the world’s top freeskiers in Ryan Fenson-Hood and Sam Giffin’s Downhill Affair:A Love Story.

On November 4, the Festival features a large-scale screening of Cold, along with films in competition, including Ben Stookesberry’s Kadoma, the story of South African kayaking guide Hendrik Coetzee’s fateful trip down the Lukuga River. The beautifully shot Broken Tail is a multi-year chronicle of the life of one of India’s last wild tigers, a film which is competing for the Festival’s new award for Best Film on Mountain Wildlife and Natural History. The weekend of November 5 and 6, audiences get two full days of screenings – including the newest Sweetgrass production, Solitaire, which chases adventure through South America, and the whimsical 23 Feet, about the many adventure-seekers who choose to live on the road. Director Steve Dunsky’s Green Fire is a feature about legendary American conservationist Aldo Leopold, author of A Sand County Almanac. Climber, artist, and filmmaker Renan Ozturk takes his camera to the harsh sands of the Republic of Chad, following climbers including Alex Honnold and Mark Synnott in Towers of the Ennedi.

High-flying U.K.-based climber Leo Houlding will be on-stage on November 5 to talk about his recent exploits in Yosemite, and introduce a screening of director Alastair Lee’s film The Prophet, starring Houlding and a big chunk of Yosemite stone. Later, audiences can catch more films, including the world premiere of director Ed George’s Chasing the Light, made by a collective of artists, photographers, musicians, and river guides on a February trip down the Colorado River, and Journey on the Wild Coast, which tracks a young couple as they spend a year traversing – by foot, kayak, and ski – from Seattle to the Aleutian Islands.

Created 36 years ago, the Banff Mountain Film and Book Festival has become the premier event of its kind in the world. The Festival showcases the world’s best films, books, and photographson mountain subjects – climbing, culture, environment, wildlife, exploration and adventure, and sport – and attracts the biggest names in mountaineering, adventure filmmaking, and extreme sports as presenters and speakers. More than 70 films are screened during the nine-day festival, and  international juries will award more than $50,000 in cash and in-kind prizes, including post-production and audio engineering services from Banff Centre.

About Banff Centre for Arts and Creativity: Thousands of artists, leaders, and researchers from
across Canada and around the world participate in programs at Banff Centre
every year. Through its multidisciplinary programming, Banff Centre provides
them with the support they need to create, to develop solutions, and to make
the impossible possible. Moving forward, the Centre will disseminate the art
and ideas developed in Banff through initiatives in digital, web, radio, and
broadcast media. 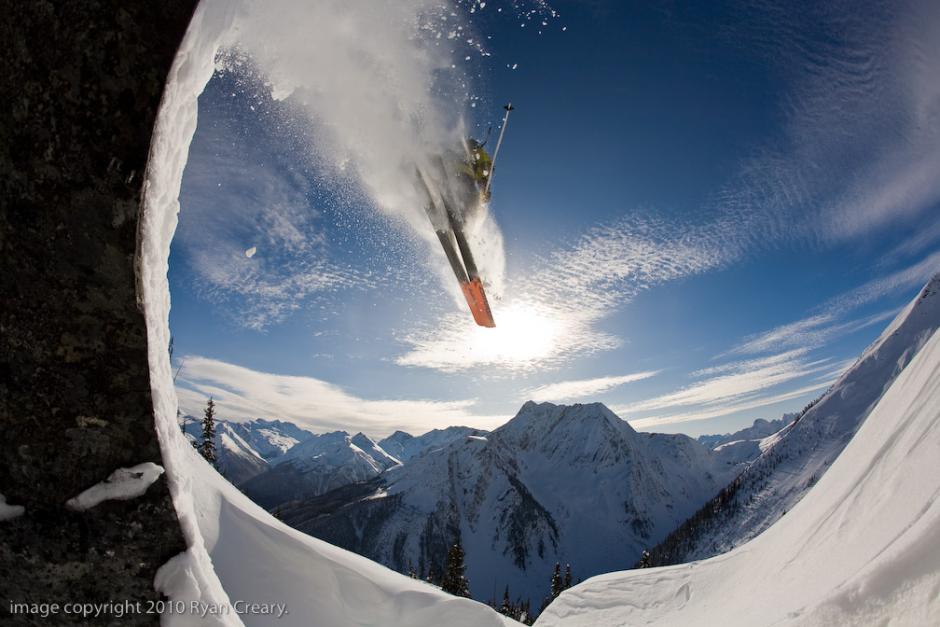