EDMONTON, AB, January 25, 2016 — After reviewing more than 260 applications, travelling 4500km and meeting with artists from across the province, 24 have been selected for the 10th Alberta Biennial of Contemporary Art set to open in the summer of 2017 at the Art Gallery of Alberta and Walter Phillips Gallery.

The Art Gallery of Alberta and Banff Centre for Arts and Creativity’s Walter Phillips Gallery are jointly organizing and co-presenting the 10th Alberta Biennial of Contemporary Art. The exhibition will exist in two parts and open first in the summer of 2017 at the Walter Phillips Gallery and at the Art Gallery of Alberta on September 22, 2017, with public programming at both sites throughout the exhibition’s duration.

The cohort of artists will meet this summer with the curators for the Alberta Biennial Sessions, an intensive series of workshops at Banff Centre to further develop their artworks and expound upon the exhibition themes.

This is the first time that artists have been brought together in such a way prior to the Biennial.

The 10th Alberta Biennial of Contemporary Art is generously sponsored by ATB Financial.

Kristy Trinier is a Curator at the Art Gallery of Alberta. Trinier curated Future Station: 2015 Alberta Biennial of Contemporary Art, as well as exhibitions at the AGA and Enterprise Square Galleries. Her previous roles include Public Art Director at the Edmonton Arts Council, where she managed the City of Edmonton’s Public Art Collection, related exhibitions and public art programs and Grant Writer at Banff Centre.

Trinier has written for Canadian Art, Momus and other arts publications. She holds a Bachelors degree in Visual Art and English from the University of Victoria, and a Masters degree in Public Art from the Dutch Art Institute (DAI, ArtEZ Hogeschool voor de Kunsten) as a Huygens scholar in The Netherlands.

Peta Rake is the Curator of Walter Phillips Gallery and the Banff International Curatorial Institute at Banff Centre. She has curated exhibitions at ISCP (New York), Oakland Museum of California (Oakland), CCA Wattis Institute for Contemporary Art (San Francisco), Luggage Store Gallery (San Francisco) and the Esker Foundation (Calgary). She writes regularly for C Magazine and her texts have appeared in Canadian Art, Fillip, and Blackflash among others.

She has previously worked at California College of the Arts and Steven Leiber Archive (San Francisco) and the Institute of Modern Art (Brisbane). She holds a Masters in Curatorial Practice from California College of the Arts, a Bachelors degree in Creative Industries from Queensland University of Technology and was the 2014 Curator Award recipient from ISCP in New York. 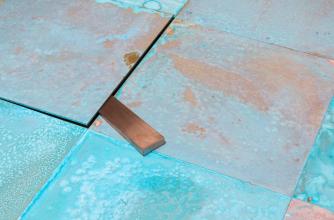 Still Alive is a residency that invites diverse responses and engagements with the genre of still life. Guided by past and present theories and practices but not restricted by them, this... 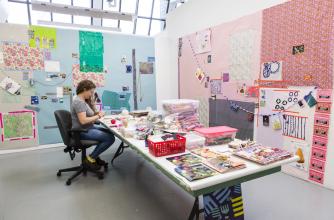 Seek retreat from the everyday and engage in an international community of artists from all disciplines for an intense period of creativity which defines summer at Banff Centre. Summer Studio...