The Actors Prepare: A Backstage Look at Pre-Show Rituals 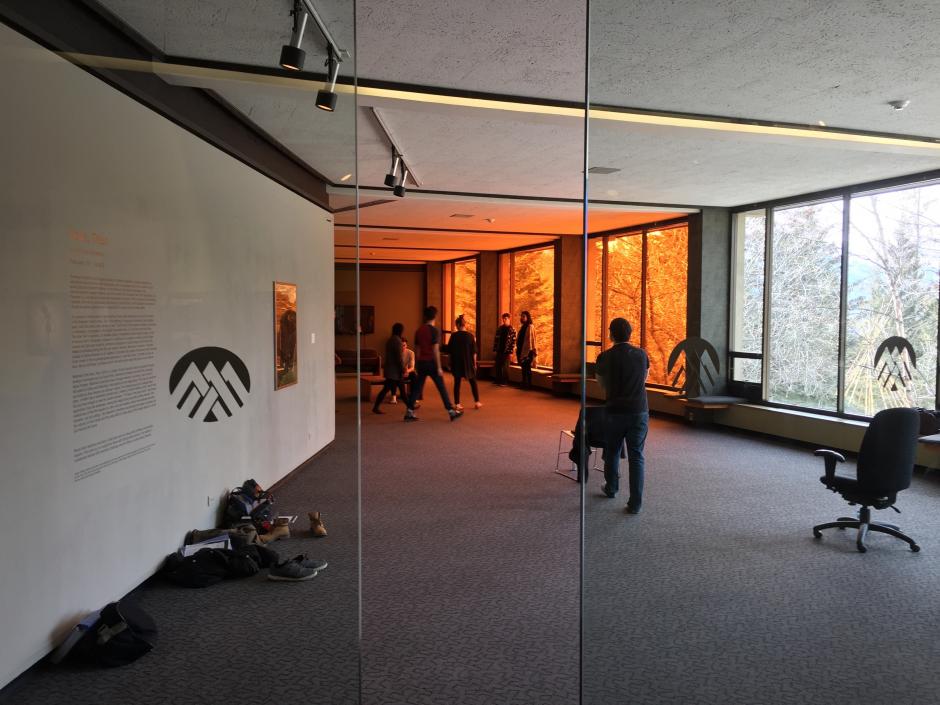 Participants in the Banff-Citadel Professional Theatre Program rehearse under a wash of orange light.

The Banff/Citadel Professional Theatre Program is wrapping up its final weeks for another year. Twenty-four emerging professional actors spend four weeks at Banff Centre undergoing intensive training in their craft and preparing and rehearsing a full-length production (West Side Story this year) before heading to Edmonton for final rehearsals and performing the show at the Citadel Theatre.

It takes a lot to give a good performance. Hours upon hours of rehearsal, practicing lines, learning blocking and choreography, figuring out how your character walks, talks, and thinks; all of this comes together for those brief moments you walk the stage to create a fully-fledged character. However, all of the weeks you’ve spent preparing and creating will come to nought unless you can bring that character to life on stage. From my own university theatre experiences, I can tell you that your performance on stage is directly affected by the time immediately preceding your first entrance.

I turned to the professional actors in residence during the Banff/Citadel Professional Theatre Program to find out what their pre-show rituals are. What surprised me was that nearly everyone’s initial response was, “well it depends!” It depends on the show, it depends on the size of the production, and it depends on the day. However, despite the myriad variables, there are several things that stay the same no matter what the show or day requires.

A vocal warm-up is probably one of the first things that come to mind when you think of actors getting ready backstage.

Scales, trilling, humming, and otherwise strange vocalizations are completely normal in this context. Dialects and accents require other special considerations. Travis Seeto plays Pepe in this production. “For shows that have dialect — like West Side Story for us Sharks being Puerto Rican — I like to get there early so I can start and get my dialect going and feeling natural. You have to warm up the dialect, it’s a pretty big shift in the way you talk…You still have to be honest when you are acting and connect and all that. The dialect, if you use it properly, can be a really great way.”

This all seems pretty normal and natural to me. An actor’s instruments are the body and the voice — both have to be in peak condition to give the best performance possible. However, Eric Dahlinger broadsides me with his pre-show vocal warm-up technique: “I tend to talk with a cork in my mouth.” While I puzzle over the inclusion of a choking hazard to his warm-up routine, Eric goes on to explain: “It brings your diction forward. The cork goes in long-ways like it would into a wine bottle…that is the ideal position of the jaw for speaking English. You speak around it and you just talk to your friends like that. It kind of relaxes the jaw a bit and brings your diction forward and helps you drop into the centre of your pitch a bit better. I’ve heard of many Shakespeare actors at Stratford doing it.”

Even for performances that are light on dance, every actor I spoke to identified warming up their body as an essential part of their pre-show preparations. For some, it’s simply stretching and limbering up, perhaps a bit of dance to raise their energy and improve the mind-body connection. Others, like Grant Landry, take a much more athletic approach. “I sometimes bring my rings and do some pull-ups, push-ups, and headstands and that sort of thing,” he says.

For dance-intensive shows, the physical warm-up becomes much more involved. Jess Vandenberg (Gratziella, in West Side Story) will spend up to 20 minutes each in variations of splits to warm up for very kick-intensive shows.

Getting into the right “space.”

This is where I find the really interesting stuff happens. Being on stage requires a shift from your everyday mindset. These pre-show rituals are the touchstones that allow an actor to comfortably make the transition from regular life to performance mode.Jordan Mah spent the last four years in a professional dance company and found his pre-show rituals helped him connect with the physical space he’d inhabit for the next few hours. He’d do his makeup and ensure all of his stuff was pre-set for the show, and then at the 30 minute call, would head out to the stage. “I would kinda just sit in the middle of the stage and look up to the lights, and look to the audience and get a feel of the space again.”

For Travis Seeto, the act of physically transforming into his character helped him make the transition to the necessary headspace. “I did a show where I had to wear a very in-depth makeup and costume, and a wig, which is a bit unusual for a guy these days, so I had to get to the theatre and hour and a half early to get it all done. I found that a really great way to drop in to that show. I loved being there that early for that show, doing the makeup, doing the wig and all that stuff really got me into it for that show.”

When I asked Travis if there was one thing that he had to do before every show, he confessed that music is a big part of his preparations, as it is for many of his fellow actors. Sitting next to him, Krystal Kiran agrees. “When I’m doing my pin curls [so I can wear a wig] and my makeup I always have my headphones in,usually listening to something inspired – in the vein of the show. So I’ll probably be listening to a lot of Latin music [for West Side Story].”

Artists, perhaps unfairly in part to tales of rock stars’ riders, have garnered a reputation of being oddly selective about what they will eat back stage. Eva St Clair Moniz has seen it herself. “I know a lot of people are like no dairy, no chocolate, no sugar and weird things like that.” However, being backstage at Vancouver Opera and seeing Sally Dibblee, noted Canadian soprano, take a shot of milk before her act may have changed her perspective. “I used to be really super, super restrictive as to what I ate before a show, and now I pretty much eat anything,” she laughs.

I found her Sally Diblee story surprising, as most singers will avoid dairy in the hopes of protecting their voices from the strain of nightly performances. Within this group of actors, the preferred methods of voice protection are also liquid: Vitamin Water, regular water, and ThroatCoat tea came up, but the favourite was far and away Ninjom cough syrup. A combination of honey and echinacea, with some hot water…apparently, it can’t be beat.

I asked if there was any one particular thing they had to do before going on stage, a true “ritual” or superstition to ensure they have a good show. “I always say a prayer before I go on,” says Eric Dahlinger. “A small prayer. I’m not very religious in any way, but, you know…I don’t think it ever hurts.” A very practical approach.

Ben Wardle’s ritual is a little less spiritual, though equally as practical, especially in dry climates like Banff. “I’ll always try to remember to put on Chapstick before I get on stage,” he says. “I don’t want to be in a scene with someone and lick my lips, because it might look weird.”

George Krissa admits to being superstitious in the rest of his life, “but not much in theatre stuff. I feel like we do have so much time to prep that you just do what you did before and you’ll be good.”

Despite all these commonalties, all the actors I spoke to agreed that you can’t be tied to certain routine or set of actions and have your performance hinge on that. “I think that’s what we are learning at Banff Centre: that every day is different and you have to be true to the day,” reflects Travis.

Krystal Kiran agrees, “[if you are not able to be flexible] you are not working from an honest place. I think that if you are open to the fact that every single show is going to be different and everyone is having a different day than they had yesterday and you’re having a different day…that’s where you have to go from. I think a lot of the ritualistic stuff is like…wanting to control. I’m learning that here. Wanting to control, trying to shed that a little bit. And just be like: okay, every show is going to be different.” 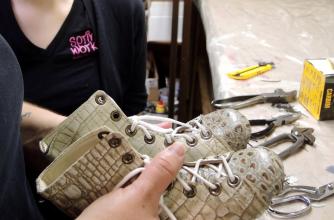 These Boots Are Made for Learning

Banff Centre's summer Theatre Boots and Shoes team shows us how a boot evolves from 2D pieces of leather to something you'd actually wear.
Read More