BANFF, AB, November 13, 2018 – Banff Centre for Arts and Creativity is thrilled to announce the promotion of Jacqueline Bell to the position of Curator at Walter Phillips Gallery, effective November 1, 2018.

“It is truly an honour to take up this new role. The legacy of Walter Phillips Gallery is one that I have a profound respect for, and I'm delighted to start this new chapter with the organization,” said Bell.

In this role, Bell will be responsible for organizing exhibitions and associated public programs for Walter Phillips Gallery, as well as developing programming for the Banff International Curatorial Institute, alongside Visual Arts Director, Brandy Dahrouge.

“Jacqueline is an incredibly gifted and generous curator, respected by the many artists and colleagues she has worked with during her four years at Banff Centre. I am thrilled she will be taking on the role of Curator to lead the Gallery's exhibition programming and the programming of Banff International Curatorial Institute,” said Dahrouge.

Bell has been with Walter Phillips Gallery since 2014, most recently serving as Acting Curator. Recent exhibitions include If the river ran upwards (2018), featuring the work of Silvina Babich, Alana Bartol, Diane Borsato, Carolina Caycedo, T’uy’t’tanat-Cease Wyss and Anne Riley, and Genevieve Robertson; as well as the current Walter Phillips Gallery exhibition, THE CAVE by Young Joon Kwak, including works by Marvin Astorga, Shawna Dempsey and Lorri Millan, Adrian Stimson, and Kim Ye. Over the past four years at Banff Centre, she has also organized the exhibitions Between Us (2015); Improvise Everything (2016, co-curated with Justin Waddell); and the exhibition and performance, Everything I Say Is True (2017) by Kite. Prior to joining Banff Centre, Bell contributed to a number of projects and exhibitions at LACE (Los Angeles Contemporary Exhibitions).

Established in 1976, Walter Phillips Gallery bears the name of a distinguished printmaker and painter who, from the 1930s to the 1950s, played a seminal role in the development of the visual arts program in the Banff School of Fine Arts. For contemporary artists, particularly those en-gaged in alternative forms of practice, Walter Phillips Gallery remains an essential and principle site where art is presented to an audience for critical reception.

About Walter Phillips Gallery: Walter Phillips Gallery is exclusively committed to the produc-tion, presentation, collection and analysis of contemporary art and curatorial practice. For contemporary artists, particularly those engaged in alternative forms of practice, Walter Phillips Gallery remains an essential and principle site where art is presented to an audience for critical reception. In an effort to ensure a broad and balanced representation of the different areas of research at Banff Centre for Arts and Creativity, the Gallery displays and collects: painting, drawing, printmaking, sculpture, ceramics, textiles, photography, and new media-based works. 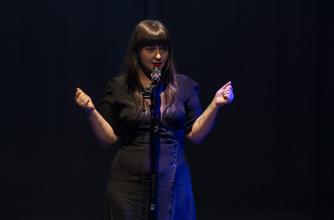