Banff Centre celebrated the 40th anniversary of the Midsummer Ball this weekend with a total of $1,270,000 net raised, one of the highest results in Banff Centre history. Donations continue to pour in and the final count will be available at the end of the week. The Midsummer Ball is the largest arts fundraiser in Western Canada, and put a major focus on Alberta artists who have succeeded through Banff Centre programs, including Jens Lindemann (Edmonton born trumpet virtuoso and Order of Canada recipient), Shauna Rolston (Edmonton born cellist, and one of Canada’s most celebrated musicians), and members of both the Calgary Philharmonic Orchestra and Edmonton Symphony Orchestra.

The Midsummer Ball weekend plays a critical role in raising money for Banff Centre’s Artists’ Fund, which provides emerging and established artists with the education, mentorship, and inspiration they need to realize their creative potential. All proceeds go directly towards Banff Centre’s arts programs and supporting artists on their creative journey.

“We are grateful to our donors and sponsors for their support of this weekend of artistry in the Canadian Rockies,” said Janice Price, President and CEO of Banff Centre for Arts and Creativity. “Banff Centre is Canada’s largest postgraduate arts and leadership training institution, which attracts more than 4,000 artists and leaders to our campus every year for life changing programs. The funds raised will allow us to continue this important work.”

Held over three days, the annual fundraising event draws over 300 influential leaders, arts supporters, and philanthropists from across Canada to Banff Centre’s stunning campus on Treaty 7 territory in the Canadian Rocky Mountains. The Ball is an unforgettable fusion of intimate performances, conversations with artists, and outstanding cuisine – all in support of the talented artists who attend Banff Centre’s world-class arts programs.

“It’s a joy to share all of the artistic activity on campus with our major donors throughout the Midsummer weekend. We get to show the impact our educational programs make on the careers of Canadian artists,” said Howard Jang, Vice President of Arts and Leadership at Banff Centre.

“The generosity of our donors allows Banff Centre to offer more than 120 courses every year in arts and leadership,” said Sarah Nelems the newly appointed Vice President of Development for Banff Centre. “Without this fundraising weekend, and ongoing support we wouldn’t be able to serve nearly 4,000 artists and leaders who come to our programs every year.”

For highlights from the 40th Midsummer Ball Weekend at Banff Centre,
visit banffcentre.ca/support-us/midsummer-ball 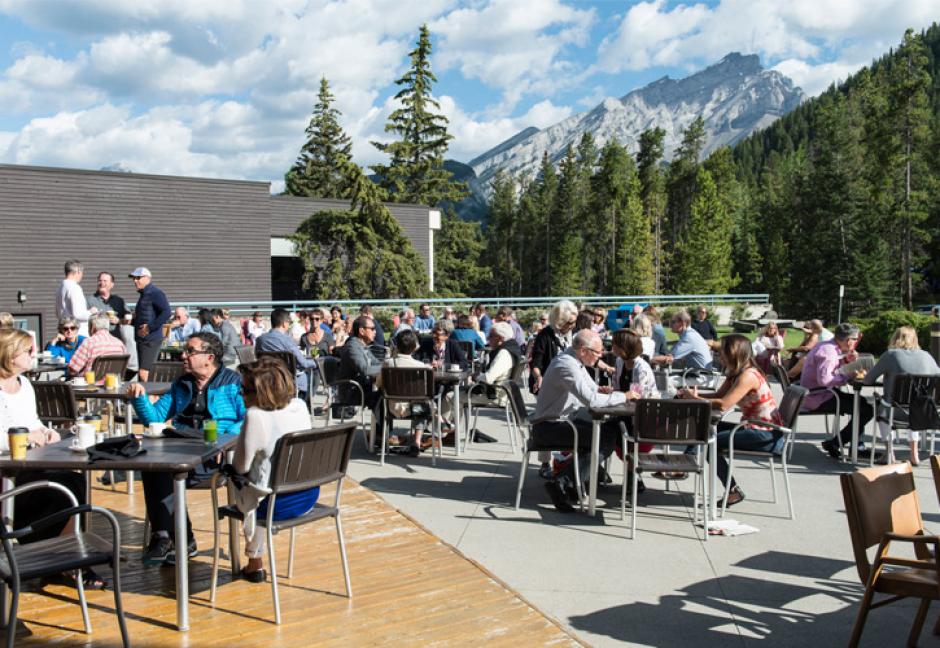