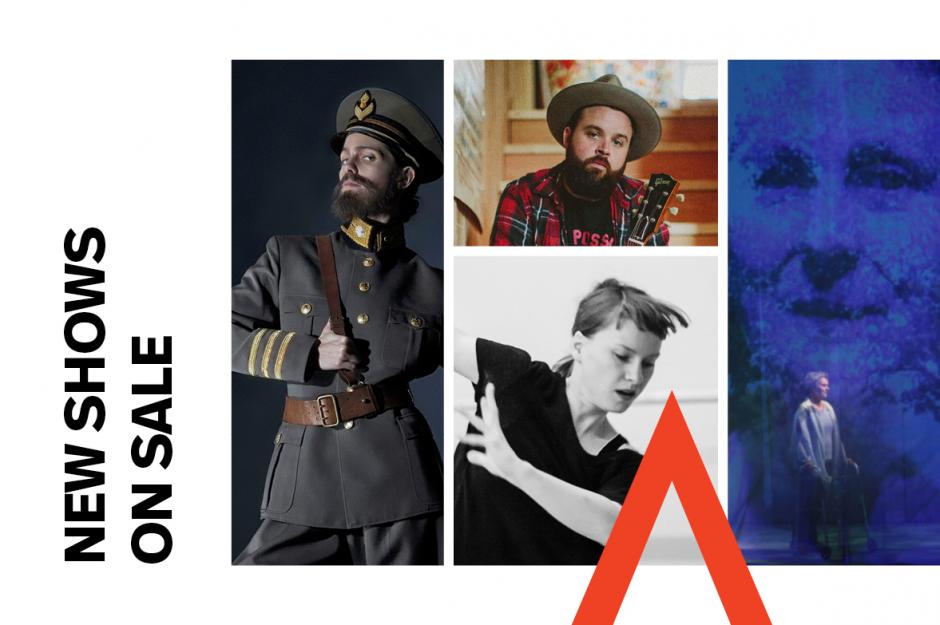 Banff Centre for Arts and Creativity is excited to present an eclectic fall and winter season filled with a roster of the very best in contemporary dance, music, comedy, and visual arts. The season showcases a series of artist talks, family fun events, and intimate performances by mainstage acts. Tickets are on sale July 11 at 12 noon on /fall-winter-2018.

Kicking off the fall season on September 22 will be Bow Valley favourite, roots musician Leeroy Stagger. This special evening will be the first in a series of mainstage folk and roots acts performing in Banff Centre’s most intimate venue, The Club. On October 6, folk-acoustic trio, Primary Colours featuring Kim Richey, Doug Cox, and Linda McRae will perform on The Club stage, where their beautiful vocal harmonies and instrumental prowess will be enhanced in the intimate setting. The intimate concert series continues with folk musician Sam Baker (October 14), and roots musician-songwriter Colin Linden (October 18).

October 4 brings iconic Canadian folk singer-songwriter, Ron Sexsmith to the Margaret Greenham Theatre. Sexsmith was named Songwriter of the Year at the 2002 Juno Awards and most recently received positive reviews of his latest release, The Last Rider.

Comedy is in this season with shows from some of Canada’s favourite comedians. This Hour Has 22 Minutes alum Mary Walsh (November 9) will take the stage with her unique comedy stylings. Keeping the laughs coming will be a special night of comedy featuring Bruce McCulloch from the cult classic comedy troupe, Kids in the HalI and Cathy Jones from This Hour Has 22 Minutes (January 26).

Events at Banff Centre are deeply connected to our artistic programming and participant residencies. One of the most talked about dance companies around, Kidd Pivot led by Crystal Pite and Jonathon Young, present the avant premiere of their latest production Revisor (February 13 and 14) which was workshopped in Banff. Renowned choreographer and dancer Peggy Baker presents the avant premiere of Who we are in the dark (March 9) ahead of the world premiere February 21 in Toronto. The performance is an immersive production of daring contemporary dance; supercharged live music; and sophisticated design elements from artists working with pigment, projection, and light.

Celebrate the opening of the newest exhibition, THE CAVE, with exhibition curator Jacqueline Bell and artist Young June Kwak.

Written by Daniel Brooks and directed by Kim Collier, The Full Light of Day is a provocative film and theatre experiment that pushes the use of media in theatre and examines the crucial choices Canadians face today.

Do not miss one of North America’s most cherished family acts as Sharon & Bram make Banff one of their final stops ever. The beloved musical act presents their classic sing-along concert suitable for kids of all ages.

Canadian folk and country singer-songwriter, William Prince from the Peguis First Nation in Manitoba has been on the rise since the release of his debut album Earthly Days in 2015. In 2017 he

won the Juno Award for Contemporary Roots Album of the Year and Western Canadian Music Award for Aboriginal Artist of the Year in 2015.