Billy-Ray Belcourt on Poetry as Protest 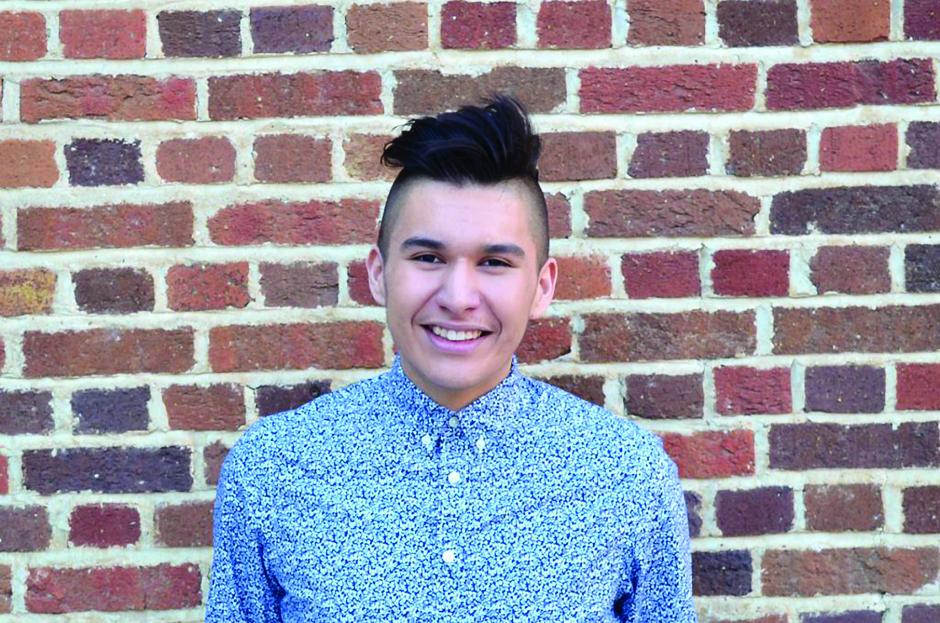 Part poet, part theorist, Billy-Ray Belcourt is ceaselessly impressive. The writer from Driftpile Cree Nation is the first ever First Nations Rhodes scholar. His first book of poetry, This Wound is a World, delves into themes of queerness and Indigeneity, and was named the best work of Canadian poetry for 2017 by CBC Books. Billy-Ray is now undertaking his PhD in the department of English and Film Studies at the University of Alberta. He was also the recipient of the 2017 P.K. Page Founder's Award for Poetry. He joined us at Banff Centre as guest faculty for the 2018 Winter Writers Retreat. His next book, NDN Coping Mechanisms: Notes from the Field, is due out in fall 2019 and is a mix of poems, mini-essays and digital art.

You're a poet, essayist, theorist, and academic. Which of those titles comes first for you? Is there a hierarchy?

I'm a poet who accidentally became an academic. At this point the poetry and the theory blend into each other. They can't easily be distinguished. And I think that poetry and theory have always been some sort of bedfellows. They require one another, they're beholden to one another. Something about poetry that really fixes my attention [is] its refusal of clarity—where the theoretician has to carefully and cleverly elucidate an argument, elaborate a thesis, that others can (who have been trained in the same discipline) follow along with. Whereas the poet is the one who has to resist the...I'd call it the savage want of transparency, that flattens meaning. And so maybe poetry is more of a punk, anti-authoritarian project.

If you’re a poet first, and became an academic accidentally, is poetry like an antidote to that friction?

I think so. If nothing else, poetry has made me loathe the world more. There's a line in my new book where I say “prove to me that she who despises the world is not also transfixed by it,” and I think that is more autobiographical than it would suggest. Maybe that's how I think about my poetic practice, my artistic practice—as a sort of dialectical clash between loathing and transfixing, or fixation. In order for one to hate something you have to know enough about it to be able to have that sort of emotional orientation to it. And so, similarly, poetry has given me a sense of criminality that is not about the law but about a more fugitive or furtive sense of being in the world.

Maybe poetry is more of a punk, anti-authoritarian project.

Your theoretical and poetic practice inform each other, but they're completely different. How do you differentiate your two practices, and do you have to get into a certain space for each?

I feel unconventional in the sense that I don't think I have a sort of writerly routine. I don't necessarily have a place I feel like I need to be to write. I sort of write everywhere and anywhere at any time. I don't think that I am able anymore to say that what I'm writing is scholarly versus poetic. It will frustrate instructors in a university who feel intimidated by poetry. I think that's what it is. I actively try now to not split the two.

The identities that you inhabit and also investigate in This Wound is a World, like queerness and Indigeneity, each have their own lexicon that are used by those communities and also about them, separately. You’ve said that words are emotional architectures. How do you play with those languages to make something of your own?

I've begun to think about poetry as a practice that enables one to pit language against itself. There's something about semiotics in particular—the practice of meaning-making—that can't be trusted, I think. So when I say something like, in a poem of mine called “Love is a Moon Time Teaching”:

We don't necessarily have the ideational context anymore to signify what comes after it. I think what I'm trying to do is to chase after un-locused meaning—meaning that is of the world, and installed in objects as if it were always already there. I think that language invites its own dearticulation. There's always an excess to it, and I think that's what a poet ought to probe.

Words are imbued with so much terror that they shock, or harm those they are hurled at.

Do you think that [semiotics] can't be trusted because we get to root it in our understanding of something, without investigating further?

We have, on the one hand, racist speech. Words are imbued with so much terror that they shock, or harm those they are hurled at. On the other hand, we have the reappropriation of pejorative speech, so how “queer” has now come to signify everything—or nothing—that it once did. Or how it sort of proudly maintains this flexibility in the wake of a history that was toxic. This just suggests that language has the power to subjectify and to de-subjectify, and I don't think I'm interested in doing one over the other.

I'm interested in a more post-structural project of de-subjectification. Uprooting the [what poet and essayist] Anne Boyer called “self-abolition.” Poets are always in a struggle against self-abolition, which to me means that you have to be careful. There's the appeal of being in a struggle for the sake of struggling, so you can't be for everything and for nothing. But you can sort of teeter at the edge of nothing and everything. And I think that's where meaning is. 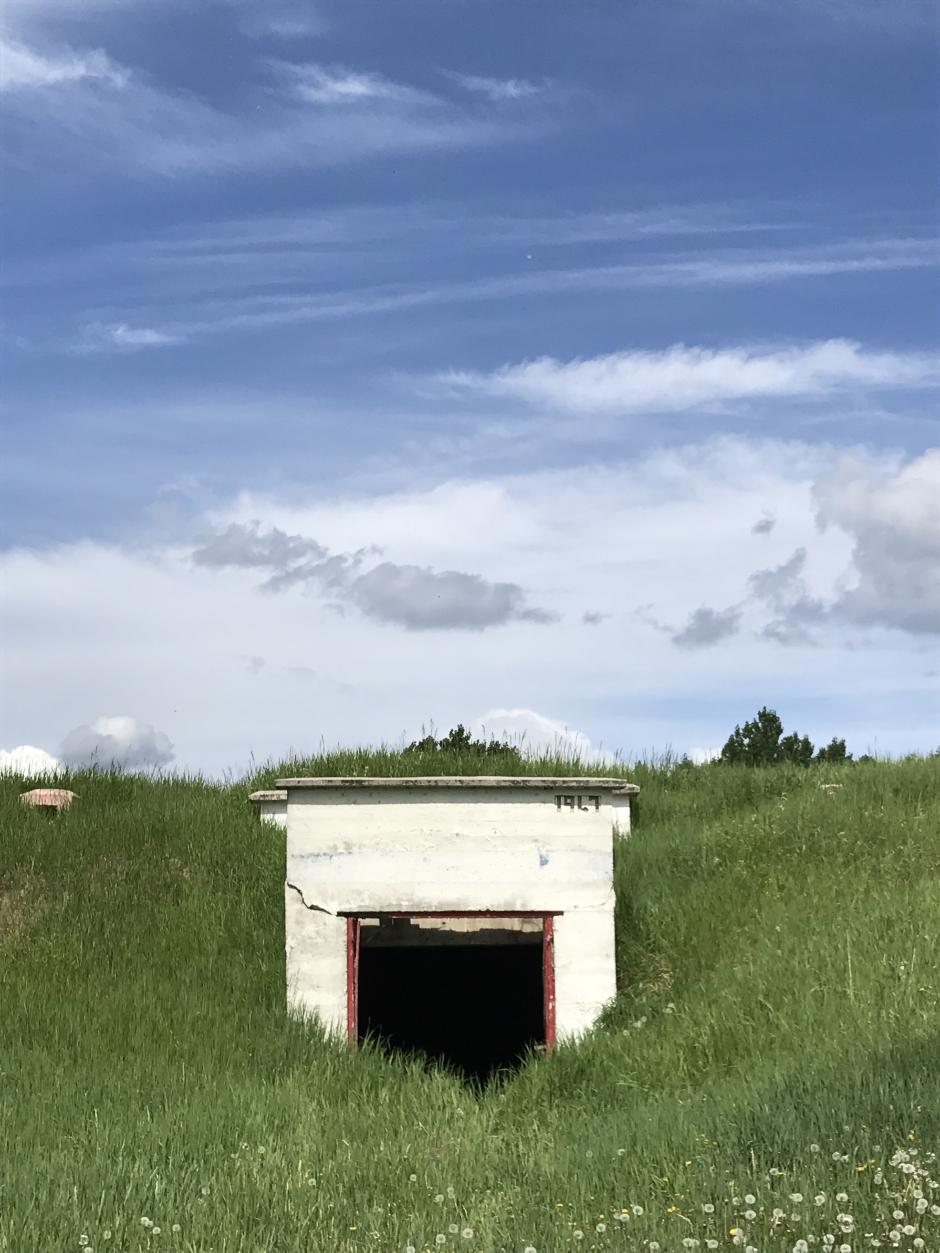 This photo, titled 1947, shows the remains of a residential school in Joussard, Alberta. 1947 was taken by Billy-Ray Belcourt in 2017.

There are a lot of recurring themes and words in your work, such as desire, armpits, and un-bodying. Are there ideas or themes that you tend to fixate on?

I think so. I think I have an analytic arsenal which includes a set of key words that anchor my thinking. I think probably the most recurring one is the world. The world is, I guess, the unit of my analysis.

I have seen poets talk about key words as trap doors, because they're easy to get stuck in, and that can prevent artistic growth. But I think of the book as a sort of a node, in and of itself. And I think that it can containerize words as well. And maybe these words are just merely evidence of that stage of my writerly career. But also these words like “world,” “desire,” “the body,” these are words that we can't stop thinking about because they're both sites of constitution and breakage. They can be illimiting or suffocating, and all these things at the same time.

There’s a haunting thematic that comes through in This Wound is a World. Is that related to your thesis, “The Indigenous Paranormal”?

It's similar. The thesis of my dissertation is that we are in the afterlife of the horrors of 21st century settler governance that is called “The Paranormal.” So I think of it not simply as a genre of writing, filmmaking, or art-making that renders ghosts, but as an actual epoch or a temporal geographic formation in which all of us live. To me that has to do also with the concept of the supernatural. If you break down the supernatural it means or connotes “that which precedes the natural.” I'm thinking less of the ghost as a metaphor to conceptualize Indigenous life, for example, and more as a material condition.

We can see this for example in the slow killing of Barbara Kentner, [an Indigenous woman who died after being struck by a trailer hitch that was thrown from a passing car], in Thunder Bay. How she was sort of made to live at the edge of life in front of the cameras of national broadcasting corporations for weeks. That sort of intimacy or proximity to death—which is like an elongated process of dying as a sort of present participle—as something that is unfolding, is endemic to Indigenous social worlds everywhere.

There is also Colten Boushie, and Tina Fontaine is back in the news right now. What is art's role in shaping that political conversation, and how do you see your work fitting into that?

[Poet] Dionne Brand has argued that poetry is at the core of where the world gets articulated, and so I've sort of inverted that to say that poetry is where the world gets de-articulated. Art enables us to strip the world of its logics, to lay bare, to expose its vulgarities, its paradoxes, and at the same time—and this is not novel to say—it allows us to envision what could come next. Or what already is, but in a sort of makeshift way.

Writing, especially poetry, exposes so much about the poet.

At a reading during your time at Banff Centre, you gave very personal introductions for all of the participants. How do you connect with people you're working with?

I had read all of their work earlier that week and that gave me a very clear sense of not only who they are, but also what they want—what they put out into the world. That's how I was able to speak about them in that way. Because writing, especially poetry, exposes so much about the poet. As part of my pedagogy as faculty, [I wanted to] not only provide a sort of consultation, a sort of writerly relationship, but also I wanted to be someone with whom they could have fun or with whom they could visit, or laugh, and eat.

I wanted not merely to replicate a sort of student-teacher hierarchy, but to treat them as peers, colleagues, and as people who share a sense of what it is to want another world. I, of course, gravitated towards poets and writers who think of writing as a political practice as much as it is an artistic or creative one. I think it's shocking to me and disappointing that we don't always speak about our peers and our colleagues in a way that is caring, thoughtful, and sort of draws out their special qualities.

What I think makes Banff Centre particularly special, is it enables one to be with other writers which is not necessarily something we get to do, unless at a reading or at some sort of conference or writer's gathering. But this allows us to be [together] in the most intimate and simplistic sense, and to sort of flower a friendship.