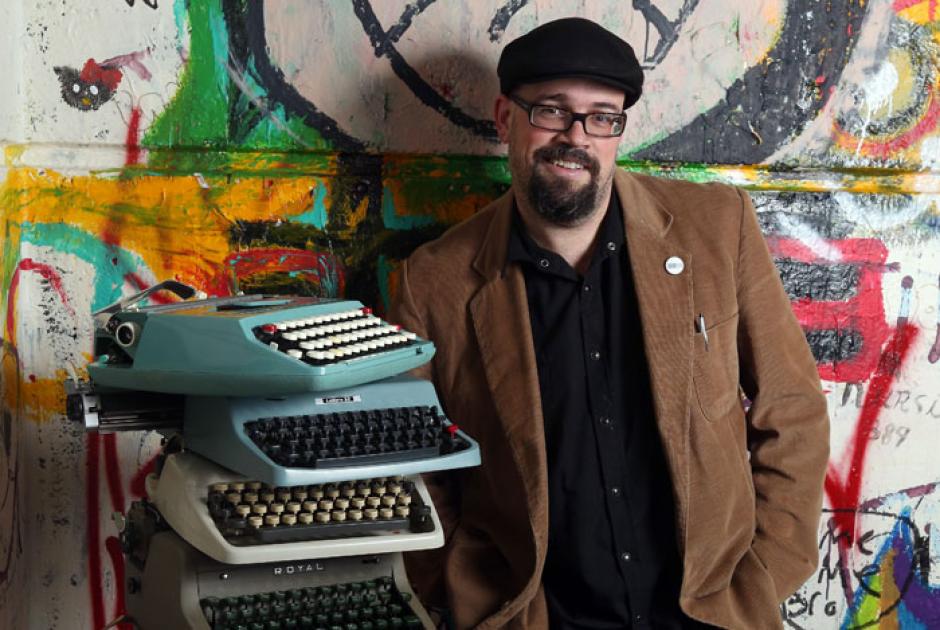 BANFF, AB, October 9 – Derek Beaulieu, an award winning professor at the Alberta College of Art and Design and Mount Royal University, has been appointed the next Director of Literary Arts at Banff Centre for Arts and Creativity. Beaulieu will take up his post on October 15, 2018 and is thrilled to be taking on this important role. Born in Montréal, Beaulieu moved to Calgary as a young boy and has built his career here.

“I grew up in Alberta, and have worked with the artistic and literary community here and across the country for decades. I believe that Banff Centre is unique in Canada as a place where writers come to explore their craft and be mentored by some of the most illustrious figures in literary arts. I am thrilled to get this opportunity to add to the rich legacy of literary arts at Banff Centre,” said Beaulieu.

As Calgary’s former Poet Laureate (2014–16), Beaulieu enjoyed being a cultural ambassador for the literary and visual arts, something he will continue while at Banff Centre. An award winning instructor, Beaulieu has taught creative writing and contemporary literature. A prolific author, editor, and visual artist, his work has also been exhibited internationally in over 20 solo and group exhibitions.

“We are so pleased Derek is joining our team at Banff Centre. It’s exciting to have an author and artist from Alberta to lead Literary Arts. We know Derek will succeed magnificently in this new role,” said Janice Price, President and CEO of Banff Centre.

“Derek impressed us all with his passion, ideas, and commitment to the regional, national, and international literary world. Derek is widely celebrated for his lifetime achievements, his depth of experience as an educator, and as a published writer. He is also a builder of community and an advocate for the role art can play in shaping our understanding of who we are that made him a perfect fit,” said Howard Jang, Vice President of Arts and Leadership of Banff Centre.

Derek Beaulieu is the author and editor of 20 collections of poetry, prose, and criticism including two volumes of his selected work Please No More Poetry: the poetry of derek beaulieu (2013) and Konzeptuelle Arbeiten (2017). His most recent volume of fiction, a, A Novel was published by Paris’s Jean Boîte Editions.

Beaulieu lives in Calgary with his wife and daughter and will be relocating to Banff this fall.