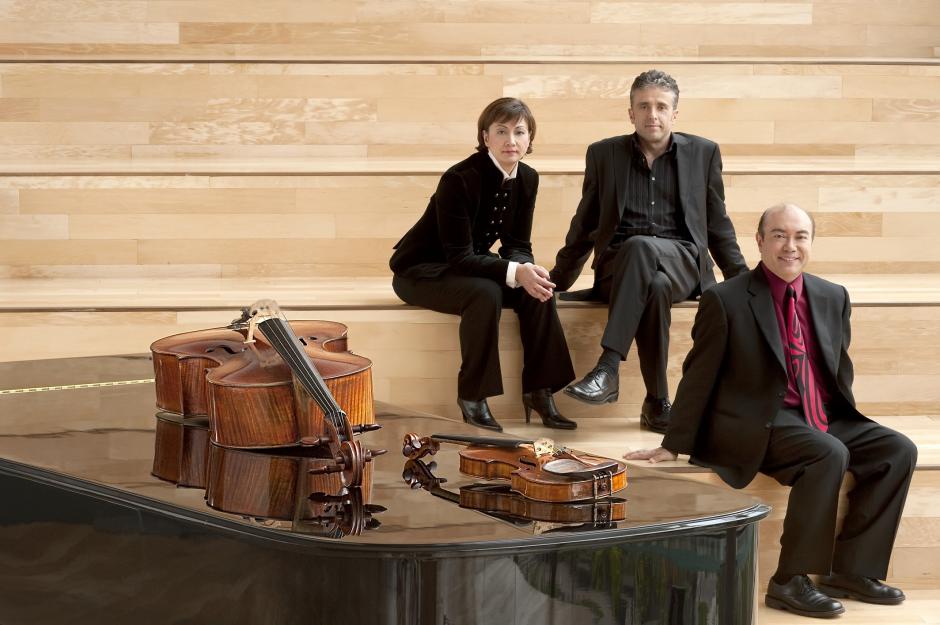 BANFF, AB, February 1, 2019 — Banff Centre for Arts and Creativity is thrilled to announce the appointment of the Gryphon Trio as Directors Designate of Classical Music Summer Programs beginning in 2019-20.

The Trio, comprised of Annalee Patipatanakoon (violin), Roman Borys (cello), and James Parker (piano), first met at Banff Centre as summer music students in the 1980s. Thirty years later, they will take on full leadership of Classical Music Summer Programs at the close of the 2019 summer season following the successful completion of the three year tenure of Co-Artistic Directors Claire Chase and Steven Schick. The Gryphon Trio’s first full season of education, performance, and audience engagement at Banff Centre will begin during the summer of 2020.

“The Gryphon Trio is a Canadian success story. The ensemble has impressed international audiences with their dynamic performances, and has firmly established their reputation as one of the world’s leading piano trios. Not only are they great musicians but also great teachers, all serving as artists-in-residence at the University of Toronto. They’ve also played a leadership role in the transformation of Ottawa Chamberfest from a festival presenter to a year-round arts organization. We are excited to see what they will achieve at Banff Centre,” said Janice Price, President and CEO of Banff Centre.

The Gryphon Trio has made a major impact on the cultural life of Canada. Borys will continue to serve as Artistic and Executive Director of Ottawa Chamberfest, the most successful Chamber Music Festival in North America with more than 100,000 audience visits each year. The Banff Centre appointment will help build cultural bridges between major arts organizations across the country including Banff Centre for Arts and Creativity, Ottawa Chamberfest, and the music program at the University of Toronto.

“Our goal at Banff Centre is to develop the next generation of cultural leaders. The Gryphon Trio will inspire our participants through education and performance to succeed as creative entrepreneurs not only in Canada but internationally. We want to share the success the Gryphon Trio has achieved at Ottawa Chamberfest and at the University of Toronto with participants at Banff Centre,” said Howard R. Jang, Vice President of Arts and Leadership at Banff Centre.

“Banff Centre is a cornerstone of our careers. We met at Banff, as summer students in the 1980s, and have since taught, recorded, and performed there. As we continued to evolve as an ensemble, Banff Centre provided the inspiration and support that we needed to realize our most ambitious projects. Annalee, Jamie, and I are now very excited to pay it forward. We consider it a great honour to assume the leadership of Classical Music Summer Programs in 2020. A very special homecoming, this appointment inspires us to conceive programs that nurture vision, fuel passion, and allow classical music program participants to build on the strengths of the past with the skills and perspectives required to engage audiences in the future. We follow in a long sequence of artists and mentors whose leadership has defined Banff Centre in remarkable ways and look forward to initiating a new chapter in our relationship with the storied arts school,” said Roman Borys, on behalf of the Gryphon Trio.

Named after a mythical creature known since classical antiquity as the guardian of treasure, the Gryphon Trio was formed in 1993 with the artistic vision of honouring the past while building the future of classical music. The Gryphon Trio continues to impress international audiences with repertoire that explores traditional to contemporary, European classicism to modern-day multimedia.

The Trio has released more than 20 recordings on the Analekta, Naxos, and Ondine labels featuring a comprehensive cross-section of core classical and contemporary works.  In addition, the Trio has commissioned and premiered more than 85 new works by contemporary composers. Their illustrious catalogue of work has received top honours including two Juno Awards for Classical Album of the Year, and the prestigious 2013 Walter Carsen Prize for Excellence in the Performing Arts from the Canada Council.

Patipatanakoon, Borys, and Parker all met at Banff Centre as music students in the 1980s. With their appointment at Banff Centre, the members of the Gryphon Trio enjoy a full circle moment, as they bring their vision, pedagogy, and leadership to Banff — continuing Banff Centre’s legacy as a centre for excellence in classical music education, creation, performance, and audience engagement.

Building on the success of Claire Chase and Steven Schick, two of North America’s most innovative artists, Banff Centre will continue to produce Evolution of the String Quartet, a cutting edge educational program in 2020.

For the final season of their tenure in 2019, Claire Chase and Steven Schick will continue their commitment to performance and study with innovative master classes and world class concerts. Their contributions will add to the richness and legacy of the Summer Music program at Banff Centre with 6 newly commissioned works this summer.

“Our participants from around the world loved learning and performing with Claire Chase and Steven Schick during their tenure,” said Jang. “We are thankful that two of North America’s most innovative artists made such a major impact here over the past three years.”

Banff Centre is Canada’s leading post graduate arts and leadership training institute, and attracts nearly 4,000 artists and leaders to its campus in the beautiful Canadian Rockies every year to learn and create new works of art.  Situated on Treaty 7 territory, the Centre offers more than 120 courses each year in multi-disciplinary arts and leadership training, and presents more than 400 shows featuring cutting edge works from both Canadian and international artists. More than 75,000 artists have trained, created or performed at Banff Centre since 1933.

For more information about the Summer Music program at Banff Centre visit: banffcentre.ca/summer-music-programs

About the Gryphon Trio: The Gryphon Trio formed in 1993, shortly after meeting as music students at Banff Centre. Having firmly established itself as one of the world’s preeminent piano trios, the Trio is committed to redefining chamber music for the 21st century. The Trio tours regularly throughout North America and Europe and enjoys longstanding relationships with Music Toronto, the Chamber Music Society of Detroit, Ottawa Chamberfest, and others. Major orchestras have also engaged the Trio to perform triple concertos including the National Arts Centre Orchestra, Toronto Symphony, Vancouver Symphony, and San Francisco Symphony. The Gryphon’s prolific recording catalogue includes over 20 releases and is an encyclopedia of works for the genre. Deeply committed to community engagement, education and the development of the next generation of audiences and performers, the Trio leads masterclasses and workshops at universities and conservatories. The Trio’s groundbreaking outreach program, Listen Up! has inspired and engaged sixteen communities across Canada to collaborate on large-scale multifaceted arts creation projects. Gryphon cellist Roman Borys is the Artistic and Executive Director of Ottawa Chamberfest, which engages artists and audiences from all over the world through its Summer Festival, Concert Series, and Community Engagement and Education pillars. Annalee Patipatanakoon and Jamie Parker serve as the festival’s Artistic Advisors in addition to their responsibilities at the University of Toronto Faculty of Music, where Parker is the Rupert E. Edwards Chair in Piano Performance and Patipatanakoon is Associate Professor of Violin and Chamber Music. Gryphontrio.com 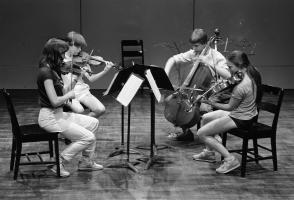 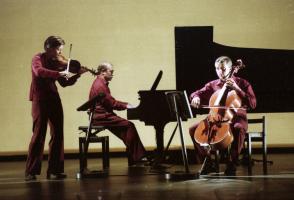 Annalee, Roman, and Jamie in Constantinople, 2004 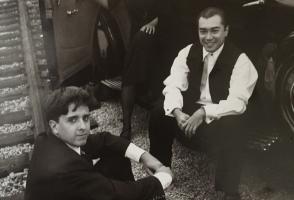 Gryphon Trio on the road, courtesy the artists.