BANFF, AB, August 3, 2016 – Rock climbing has never seen the likes of these women. Both are known for their trailblazing ascents of The Nose, the Eiger, and the Matterhorn; for establishing record-breaking speed climbs, for possessing a steely dedication to their craft; and, for helping to shape the world of rock climbing. The Banff Mountain Film and Book Festival is proud to announce Lynn Hill and Catherine Destivelle as headline presenters for the 2016 Festival.

Festival Director, Deb Smythe, said this year’s lineup of film and book events and presentations appeals to all audiences. “Some people have a passion for adventure, others like filming or writing about them and others just love seeing the stories unfold from the comfort of an armchair in a theatre”, she said. Programming Director, Joanna Croston added: “We are thrilled to have an incredible lineup of adventurers, writers and filmmakers this year to cater for all of these audiences by bringing everyone’s love of adventure together.”

The Banff Mountain Film and Book Festival takes place from October 29 – November 6th, 2016, and is hosted by Banff Centre for Arts and Creativity in Banff, Canada. Over 75 films are presented at the Festival where audiences get the opportunity to meet, ask questions, and learn from the world’s finest climbers, photographers, writers, explorers, and more.

The full schedule is available online and tickets can be purchased at  www.banffmountainfestival.ca or Banff Centre Box Office from August 3 at 12 p.m.

Sonnie Trotter is one of the world’s most accomplished rock climbers, becoming the first Canadian to climb both 5.14c and 5.14d. Trotter has made first and second ascents of some of the hardest traditional climbs in the world including Cobra Crack in Squamish, Canada. Trotter joins us on the Banff stage to talk about life on the sharp end.

Presentation followed by the North American premiere of Mirror Wall.  In 2015, filmmaker Matt Pycroft, and a team of climbers including Leo Holding, climbed a new route on the North West face of the Mirror Wall, a 1200 metre peak in remote Greenland. Pycroft joins us in person to talk about succeeding in the face of challenging conditions, illness, and prowling polar bears.

KONELĪNE: our land beautiful is a sensual, cinematic celebration of northwestern British Columbia, and all the dreamers who move across it. Set deep in the traditional territory of the Tahltan First Nation, KONELĪNE explores the complex issues of land use and the intrinsic beauty of nature as one of Canada’s vast wildernesses undergoes irrevocable change.

Followed by more films in competition.

Photographer Florian Schulz’s mission is to connect the marine landscapes along the pacific Coast of North America. Bringing his latest book, The Wild Edge, to Banff, Schulz talks about the captivating 13,500 kilometres journey that has taken him ten years to complete.

Radical Reels has become more than just a night of awesome extreme sports, crazy athletes, and mega-adrenaline feats on a massive screen. It’s an annual highlight, a Banff tradition that is full of wacky antics, outrageous stunts and high octane films – with climber and filmmaker Cedar Wright returning for his second year as emcee.

This event begins with the presentation of the Banff Mountain Book Competition 2016 awards. Catherine Destivelle is one of the most celebrated alpinists of all time. She was climbing some of the highest peaks in the Alps by the age of 17 and was unbeatable at world cup competitions in the late 1980s, but was then drawn back towards the realm of mountaineering. She has since made solo winter ascents of the Eiger, the Grandes Jorasses, and the Matterhorn. Destivelle presents her story, in her own words, of a life climbing and the feats she’s achieved, including her unprecedented 11-day solo first ascent of the West Face of Les Drus in Chamonix, as well as cutting-edge ascents in Pakistan and the Himalaya.

David Stevenson is the author of the fiction collection Letters from Chamonix which won the Banff Mountain Book Award for Fiction in 2014. Stevenson, who has been the book reviews editor of American Alpine Journal since 1995, will be speaking about his newly-published essay collection, Warnings Against Myself.

Jeremy Jones is arguably one of the most interesting and influential snowboarders in the world. He is equally as famous for his creativity, commitment, and courage in the mountains as he is for humanitarianism and social responsibility. The new star of many films and author of the new book, No Words for the Way Down, Jones is also the founder of Protect our Winters, a non-profit dedicated to reducing the effect of climate change.

Helen Mort is a contemporary poet and one of England’s greatest exports. She also has a passion for trail running, climbing, and landscapes. Mort’s first collection, Division Street, was shortlisted for the T.S. Eliot Prize and her new collection, No Map Could Show Them, was created during the Banff Mountain and Wilderness Writing Workshop.

Ines Papert is one of the world’s strongest alpinists, following in the footsteps of legends in Patagonia, the Rockies, and at home in the Alps. She is four-time Ice Climbing World Champion and the first woman to climb the mixed grade of M11. She has shifted the realm of what is possible and has shown what it means to be an extreme climber and mother.

November 4 – Voices of Adventure: An Interview with Paul Pritchard

In the 1990s, British-born climber Paul Pritchard was at the top of the international climbing scene. After winning the Boardman Tasker Award for Mountain Literature in 1997 for Deep Play, he spent his prize money on a climbing tour that found him ascending the Totem Pole in Tasmania – where he was hit by a boulder, sustaining a traumatic brain injury that left doctors questioning whether he would walk or talk again. Despite this prognosis, Pritchard has made remarkable progress and joins climber, writer, and psychologist, Geoff Powter, for a conversation about recovery and possibility.

Lynn Hill is a living legend. In 1983 she changed the definition of what is possible in rock climbing with her first free ascent of the most famous big wall climb in the world, The Nose on El Capitan in Yosemite. The following year, she free-climbed it again, that time in less than a day. Over 19 years later, Tommy Caldwell and Hill are still the only two people in the world to have succeeded in making an all free one-day ascent of The Nose. She joins us in conversation with renowned Australian-born climber and author, Greg Child.

Is there anything in the mountaineering world that accomplished Russian climber Denis Urubko hasn’t done? He has climbed all fourteen 8,000 metre peaks without supplementary oxygen, claimed the speed record up Mt Elbrus, won the Piolet d’Or twice and has summited two 8,000 metre peaks in winter. Urubko joins us in Banff for an engaging interview with award-winning writer Bernadette McDonald.

Full film line-up and Book Competition finalists will be announced in October. For more information on the 2016 Banff Mountain Film and Book Festival, please visit www.banffmountainfestival.ca.

Banff Mountain Film and Book Festival Partners: The Banff Mountain Film and Book Festival is presented by National Geographic and The North Face, and sponsored by Deuter, Clif Bar, Bergans of Norway, Treksta, and Mountain House, with support from  PETZL, World Expeditions, Kicking Horse Coffee, Lake Louise Ski Resort and Summer Gondola, Mammut, Banff and Lake Louise Tourism, MEC, and the International Alliance for Mountain Film.
About Banff Centre for Arts and Creativity: Founded in 1933, Banff Centre for Arts and Creativity is a learning organization built upon an extraordinary legacy of excellence in artistic and creative development. What started as a single course in drama has grown to become the global organization leading in arts, culture, and creativity across dozens of disciplines. From our home in the stunning Canadian Rocky Mountains, Banff Centre for Arts and Creativity aims to inspire everyone who attends our campus – artists, leaders, and thinkers – to unleash their creative potential and realize their unique contribution to society through cross-disciplinary learning opportunities, world-class performances, and public outreach. www.banffcentre.ca 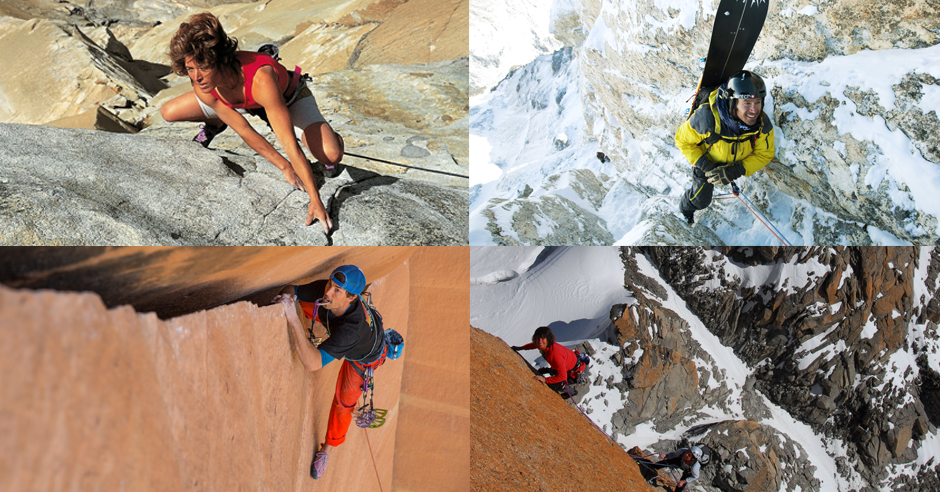