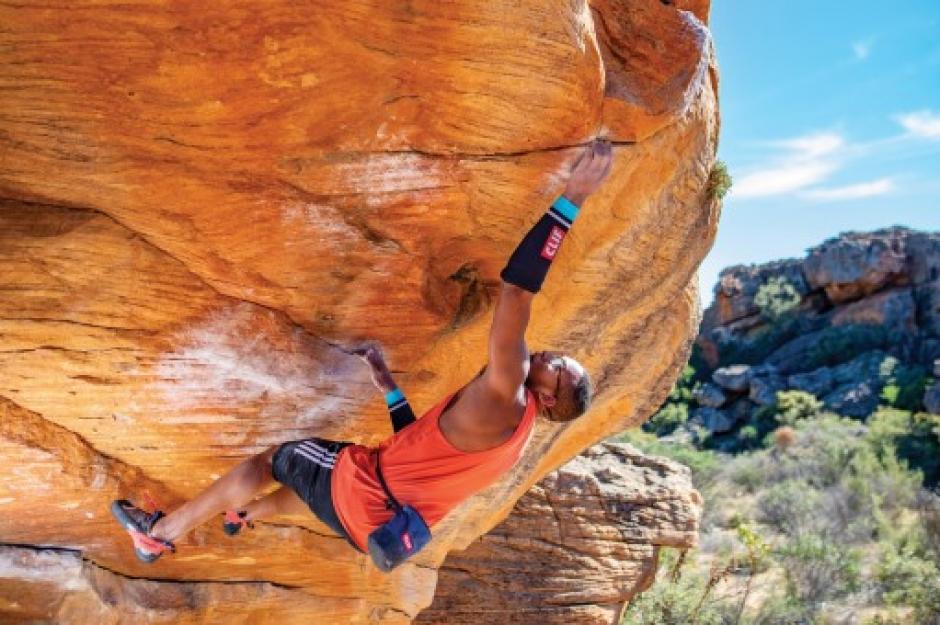 Kai Lightner is a climbing powerhouse. He’s climbed multiple 5.14 routes, won countless competitions at National and Continental levels, and Banff audiences will remember him from past festival films including 5.14c and Young Guns. And now Lightner aims to use his climbing skills to support and encourage others in the BIPOC (Black, Indigenous, and People of Colour) community to explore the sport he loves by making it more accessible.

Lightner joined us in Banff for the 2019 Festival and was part of our Climbing Through Barriers panel discussion. A conversation led by diversity-in-the-outdoors advocate James Edward Mills that included panelists Bethany Lebowitz (Black Girls Climb), Mikhail Martin (Brothers of Climbing), Erynne Gilpin (Indigenous Womxn Climb), and Lightner. The conversation was rich and informative and a great stepping stone for bringing the conversation to the Banff community.

Ten months after his Banff appearance, I called up Lightner and he spoke to me from his Aunt’s home in Atlanta, Georgia.  He’d decided it was safer to be there than in Boston, MA where he is attending university and where COVID-19 had taken a hold over the city and its residents. I wanted to talk to him about his new non-profit, Climbing for Change.

Recently Lightner founded Climbing for Change because he realized that long-term change in the outdoor industry is what was needed to support diversity and funding for underrepresented communities and programs. I asked him why he made the decision to start the initiative:

“After talking with my sponsors and different organizations about their plan for DEI [Diversity, Equity and Inclusion] initiatives, I realized that many of them didn’t know how to facilitate the long-term changes that society was demanding from them. One-time donations were not going to cut it – a sustainable model had to be created that would establish long-term connections between corporate businesses, grassroots DEI organizations, and community leaders seeking change in their areas” He added, “From these conversations, I decided to create a non-profit organization called Climbing for Change, which aims to connect underserved communities with organizations seeking to provide opportunities and diversify the outdoors.”

Climbing for Change was still in the mobilization phase in summer 2020, but their hope is to provide seed money for competitions or scholarships for community groups for programs, or support for climbing gyms to help lower membership rates and even money for climbing expeditions.

“We wanted to provide alternatives to traditional sports like basketball and football for BIPOC communities. We wanted them to know that there are alternative sports that will get them outside.”

Lightner’s commitment and enthusiasm for sharing his love for climbing is contagious. His excitement for the cause was obvious even though we were thousands of kilometres apart for the interview.  With someone like Lightner leading the charge, I have no doubt that seeing more BIPOC on the Banff screen is inevitable and we encourage underrepresented communities to tell us their stories, send us their films, and make the world a more inclusive one.

How can Banff audiences help support Kai Lightner’s new initiative?
Visit Climbing4change.org to donate, offer services or find out how you can bring funding to your community.

From these conversations, I decided to create a non-profit organization called Climbing for Change, which aims to connect underserved communities with organizations seeking to provide opportunities and diversify the outdoors. 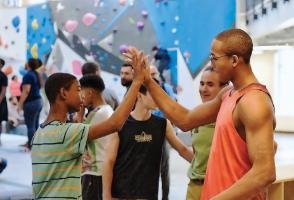 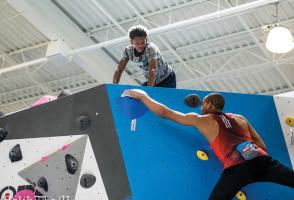 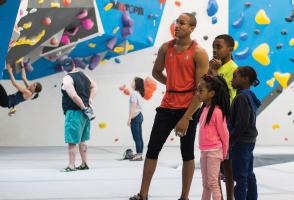