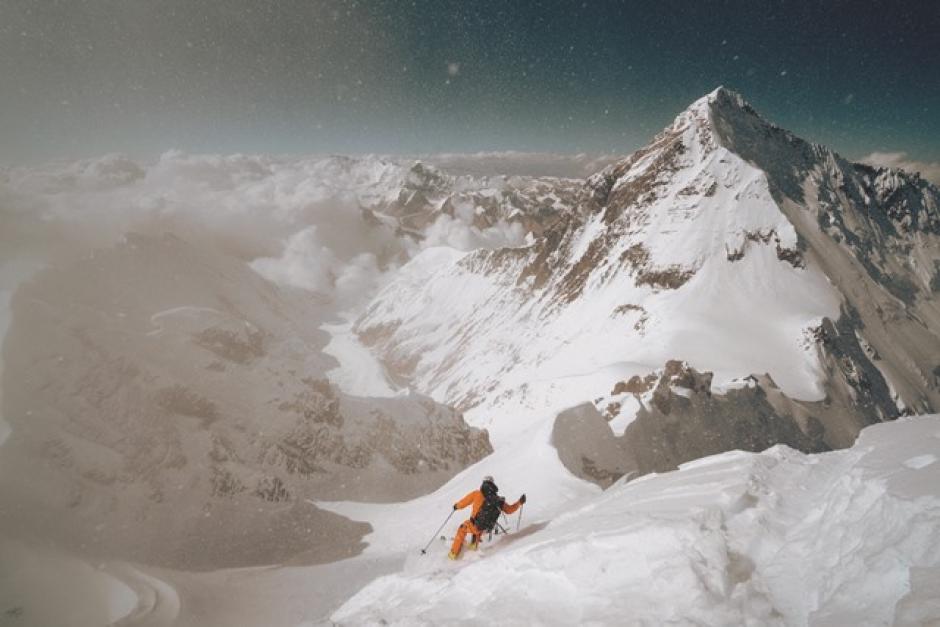 Hilaree Nelson and partner Jim Morrison’s quest to be the first to ski from the summit of Lhotse is chronicled in the 2019 film The North Face Presents: Lhotse, directed by Dutch Simpson and Nick Kalisz. The film not only tells the story of their ground-breaking descent of the 8,516-metre (27,940 ft) mountain, it also follows Nelson and Morrison as they prepare for the expedition, including a memorable trip in April 2018 to the Sierra Nevadas.

Skiing in sketchy conditions wasn’t necessarily the goal for that trip, but Mother Nature had other ideas.  “We had a tick list of steep descents for the Sierras,” says Nelson, “but, just before we arrived, there was this crazy rain event, followed by a drop in temperature that froze the mountains solid right to the top.” Nelson and Morrison were forced to change their plans on the fly. Bypassing some of the couloirs they had hoped to tackle, they spent the week climbing higher, descending on “ripple ice crust” in conditions Nelson recalls as “death-defying.”

“It was the best training for Lhotse we could have had,” she says. (Christian Pondella’s shot of Nelson and Morrison climbing a ridge during their Sierra adventure is featured on the cover of this magazine, and is the Festival’s 2020 signature image.)  “My biggest take-away from that Sierra trip,” Nelson says, “was my kit. I was using the skis and boots that I had intended to take to Lhotse, and I discovered they didn’t work in steep icy conditions. That was a huge learning in terms of getting ready.”

Strangely enough, the surface conditions during Nelson and Morrison’s historic Lhotse descent on September 30, 2018 weren’t as tricky as they had been in the Sierras. Nelson is quick to point out she’s not saying the expedition was easy – merely getting to the top of Lhotse, part of the Everest massif, is daunting. It involved weeks of climbing, setting ropes, acclimatization, and establishing high altitude camps – including traversing the Khumbu Icefall and enduring perilous avalanche conditions en route to Camp Two. “We worked incredibly hard...It was a joint effort,” she emphasizes. “The support of our Sherpa team was key – and we couldn’t have done it without them.”

Nelson describes their descent from the Lhotse summit as “not as scary as some of what we had encountered in the Sierras.”  She adds, “The hardest part was the Lhotse couloir, which is so narrow, and there are sections of the face where obviously if you fall, you’re going to go for the whole big ride. At the top, the snow conditions were different with each turn – crust and ice – so that training in the Sierras
helped a bunch."

“The biggest thing I recall from when I got to the bottom was thinking ‘that was fun’. I had just skied Lhotse and it was fun! You put your skis on, and you ski 7,000 feet in this perfect line. I was exhausted and coughing, but I was also smiling and laughing and feeling ‘we did it’. There was an incredible sense of relief, and a little bit of that sadness you get when you complete a passion project.”

Since Lhotse, Nelson and Morrison have journeyed to Mount Vinson, the highest mountain in Antarctica, and more recently – with the pandemic curtailing travel – she has been pursuing adventures closer to home. “I took my kids up two 14ers [mountains over 14,000 feet] in Colorado this summer,” Nelson says. “I’ve always looked so far and wide to do big things, but in reality, it’s all here. We’ve been making the most of what we’ve got right in our backyard.”

“The hardest part was the Lhotse couloir, which is so narrow, and there are sections of the face where obviously if you fall, you’re going to go for the whole big ride. At the top, the snow conditions were different with each turn – crust and ice – so that training in the Sierras
helped a bunch." 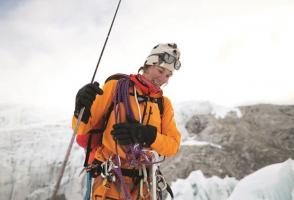 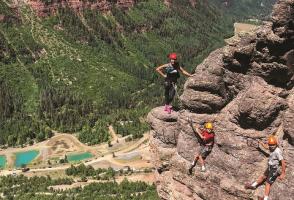 Hilaree Nelson in Telluride, CO with her kids. Photo by Jim Morrison. 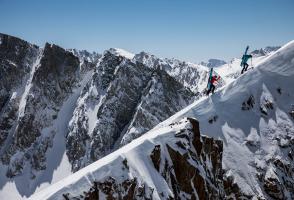