Madeleine Thien on the Writing Process Behind Her Prize-Winning Novel 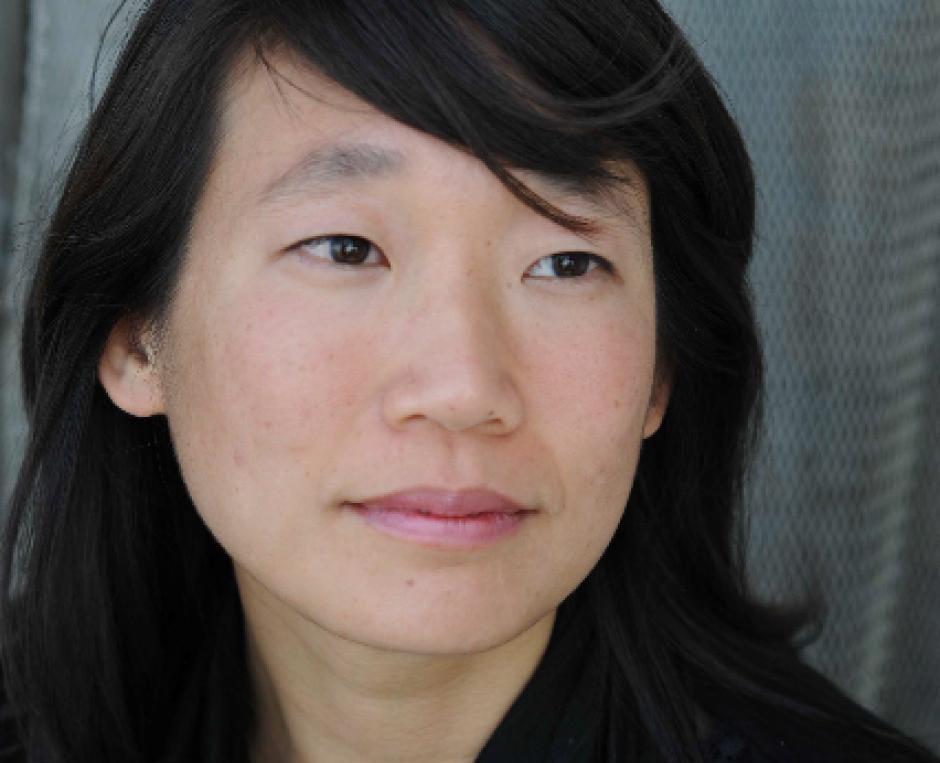 Author Madeleine Thien was faculty for our Literary Arts program, Emerging Writers Intensive in November 2016. She was also the winner of both the 2016 Scotiabank Giller Prize and the Governor General’s Award, and was nominated for the Man Booker Prize for her book, Do Not Say We Have Nothing.

The book follows three musicians at the Shanghai Conservatory during China’s cultural revolution, where they are “ forced to re-imagine their artistic and private selves,” and has been called “vivid” and “heartrendingly intimate.”

We caught up with her during her stay in Banff to talk about her amazing prizes, her writing process, and how reading in times of turmoil will set us free.

Banff Centre: Congratulations on all your wins lately! You seemed a bit speechless after your Giller Prize acceptance, and I’m wondering—now that you’ve had some time to let it sink in—how are you feeling about it?

Madeleine Thien: It hasn’t sunk in! It was November 7th, and then it was the U.S. election, and I’ve still been on tour the whole time. I just haven’t had a moment to emotionally process it. It almost feels like it didn’t happen. I don’t know when it’s going to sink in. I did deposit the cheque, so that sunk in!

You said you write because you need to understand certain things. What were you trying to understand by writing Do Not Say We Have Nothing?

I was trying to understand how this desire to change the world, to remake the world, to move toward social justice, keeps failing. Why we’re caught in this cyclical return to a desire that’s very pure and a human decision-making process that is very compromised. And is there any way out of this cycle?

Your book is about musicians, and you’ve talked a bit about how you applied the notion of musical counterpoint—the relationship between the independent yet interdependent voices—to the writing of DNSWHN. Why was it so important to you to have your characters’ voices be equal?

It’s interesting to think about equality as an aesthetic practice. Or equality as an aesthetic decision. And I wanted that in this book. The different voices rise to the surface at different points, but I was really thinking with those three in particular—the violinist, the pianist and the composer—and they each have a different voice, a different instrument, and a necessary sound. And often, for most of it, the composer is unheard. But the composer is so integral to everything. They each rise to the surface at different moments. And then in their entirety is the piece of music.

To think of equality in a literary sense is very interesting. Because it seems like usually one voice is so much more important than every other in a book.

And that frames how we see the world, too. You tend to think one voice is much more important, and we tend to stop listening for the other ones. I think I love the idea of the polyphonic novel, the multi-voiced novel.

That seems very fair to your characters. Like they’re real people.

I liked the website for your book very much—different sections for each different character. It seemed so very fleshed out. Can you talk a little bit about the process of getting to know them?

You’ve said when you start writing a book you’re never quite sure where it’s going. So I wonder, how do you start a book? What is the process for you?

I’ve never really been afraid of the blank page. I like it. You start with a line that gets stuck in your head and you see where that leads, and most of the time it doesn’t lead anywhere. But sometimes it’s like opening different doors in your brain. And you’re looking for a voice. You’re writing, and it’s you, but in the course of opening those doors it becomes someone else’s voice, and then you’re trying to figure out what it is. At the beginning there’s a lot of puzzles and a lot of listening.

When you’re listening, what are you hearing? Is it the character speaking?

If there are a lot of puzzles, does that mean there’s a lot of frustration in the beginning?

Yes, but in my process, I rarely see them as frustrating. I see them like puzzles—they’re interesting. They ask different things of you. With DNSWHN I knew that I wanted to write about Tiananmen, but I didn’t know how. And so I tapped into a memory of someone my mom sheltered when we were kids—someone who didn’t have papers. And the two things started to join together. It’s so mysterious how that happens, but it’s partly because you’re letting go and other things are coming to the surface in your mind. 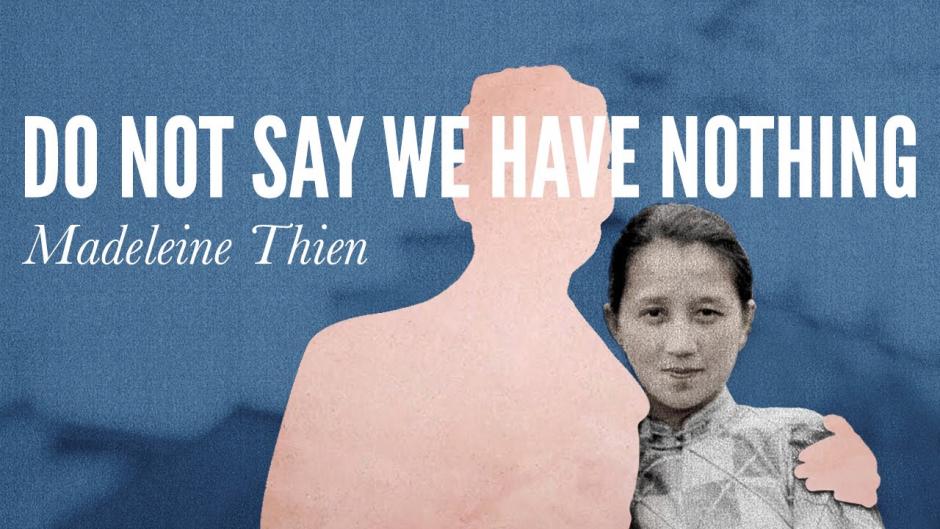 You wrote this book in a Berlin cafe for five hours a day, seven days a week. Is that your normal process?

Yes, ideally. Really dive in. I think like most writers I try to safeguard those morning hours and then do the obligatory things in the afternoons when my brain is less sharp. When I’m writing, it’s the clearest part of my day. Ideally it would be at 7 a.m. Ideally, I would leave the apartment we were staying in at 6:40 in the morning, which would get me to the cafe right when it opened, and get me to the one table that I like.

How long did it take you to write the book?

Five years. Seems pretty quick, I think. Even the one before which is only like, 140-150 pages, it took five years. I think that’s just my cycle. It takes me five years to complete something.

So you know where you’re going to be in the next five years!

It’s 2016? So I’ll be back with a book in 2021!
Did writing DNSWHN leave you with any questions that are inspiring your next piece?
Yes. And interestingly, I’m going from a very big political and narrative scope to something much more intimate. So I think I was left with questions that were a lot about intimacy, and sexuality and, in a way, the individual life lived against different forms of intimacy rather than grand societal politics. Of course, that will come in in some way. But I think in a very different way.

In times of turmoil, how does reading or writing help people?

I think it’s crucial. Reading outside of the mainstream, too. Reading long, reading deep. Letting your private thoughts take shape. I think more and more this private world is so important because it’s within the privacy of our thoughts that we can actually hold contradictions. Where we can actually not have a position, temporarily, so that we can actually hear other things. Because if you’re sort of making noise all the time, you really don’t hear anything.

Speaking of stopping to listen, I really loved the idea of communicating through nonverbal language—that idea of the importance of silence and music in your book. I’m wondering, as a writer, what interests you about these other forms of communication? How do they help you better tell your stories?

It’s good to be reminded of how language has predetermined the thought. So, we have a certain thought because we have the language for it. I think there’s a whole scholarly world of that. They use these terminologies that become very obscure to the layperson because they’re trying to find other ways of thinking. So the abstract forms sort of remind us that language isn’t our only way of acquiring knowledge—that being human is much more than language. And that we have all these other sensory and other ways of understanding the world.
But still, as a writer you have to write those feelings into language—how do you translate the notion of music as a thinking pattern into words?

You have to open it, somehow. I think making space is a big part of it—how do you make something that actually feels spatial? It’s a funny thing. You want the reader to stay with the text but you also want the reader to completely be taken away into something in their own mind. It’s both at the same time. It’s like, let’s stay together, but you should be free to depart. For awhile your thoughts go in a completely different direction. Because that’s, I think, where they then hear the music. It’s because they’ve temporarily left the text and moved into something in their own mind. We do that when we listen to music. We listen, and then our thoughts go somewhere, and then we come back and the music’s still playing.

In a piece for Maclean’s you said that your writer’s life is a life of transport. And your books take place all over the world. I’m wondering what is it about being in, or traveling to different places that really enriches your writing?

My smallness. I like that a lot. I like being smaller in a place that just sort of takes over your way of thinking and seeing and experiencing. I think it’s possible to travel and just project from your own mind onto everything, but that wouldn’t be very fulfilling. I like the kind of travelling where everything I think I know gets called into question.

And how does that affect your writing, when you feel so small?

The world becomes bigger. The ways of living become more complex. My judgment lessens, and I think that’s a big one. I think it’s different for different writers, but it’s harder for me to write when I have a strict, unbendable idea about the world. I have more creativity and more empathy if what I understand is always shifting.

Is it necessary for you to go to a place in order to write about it?

Yes. And I travel a lot, but most places I don’t write about. Just because I don’t think a lot can be known in just a few days, or a week, or two weeks. I don’t think I could do that kind of travel writing. It’s its own craft. For me, it takes months, sometimes years. Because it takes that long to stop projecting onto a place. And I think that it takes that long to see that what you saw at the beginning, which seemed like the way that things are, was just what you saw at the beginning because you weren’t perceiving other things.

Because you’re here as a mentor for the Emerging Writers residency, and the participants are working on the first chapter, what advice do you have for emerging writers working on Chapter One?

Know that it’s a beginning. It’s a doorway. It’s not something that needs to be perfect, it’s their entryway. And maybe sometimes the best thing to do with a Chapter One is not to show it to anyone. Just to follow where it goes. In this case it’s different—most of the participants have much more than their Chapters Ones so we’re talking about bigger architectural things. But I think for someone starting out, it’s a really exciting portal. And they should embrace it.

Your Giller win comes with a stay at the Banff Centre's Leighton Artists' Colony. What is it like to be awarded that time and space? What does that do for you?

It’s genius that they added this to the Giller. I think, with all of the emotional processing that goes through you—and what has been the hardest for me, which is suddenly becoming more of a public person than I’m used to—it’s a beautiful thing that they give you the gift of solitude and privacy, because that’s how you’re going to start writing the next book. It’s really a gift. And it’s a very wise gift.