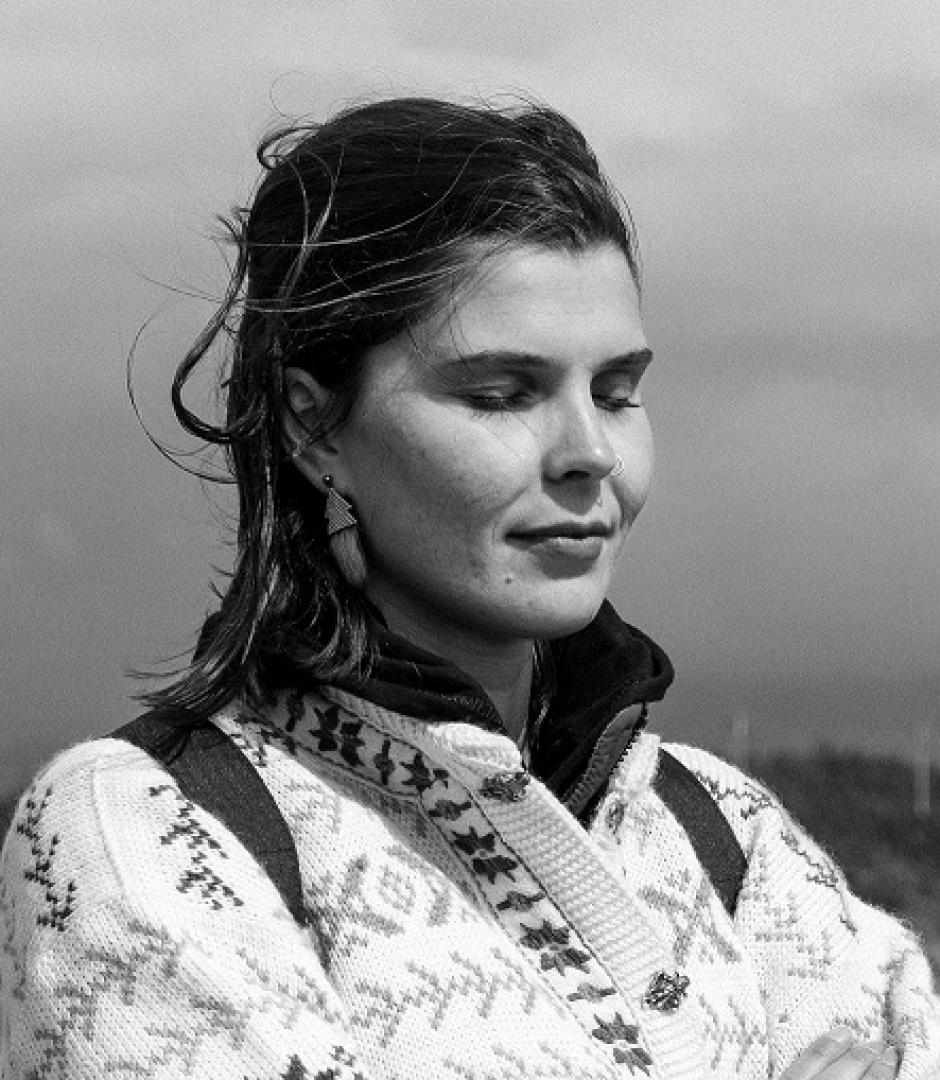 BANFF, AB, May 1, 2018 - Banff Centre for Arts and Creativity, together with the Hnatyshyn Foundation, is pleased to award interdisciplinary visual artist, Meagan Musseau (Elamstukwek, Ktaqmkuk territory of Mi'kma'ki –– Newfoundland and Labrador) the 2018 Emerging Atlantic Canada Artist Residency. Thanks to the generous support of the Harrison McCain Foundation, Musseau will benefit from state of the art visual and digital art facilities, an engaging community of artistic peers, and talks by leading artists, faculty and curators during an eight week, self-directed residency at Banff Centre, followed by the opportunity to travel across Canada for speaking engagements about her experience and project.

"I am filled with gratitude and humility upon being awarded the 2018 Atlantic Emerging Artist Residency at Banff Centre for Arts and Creativity," said Musseau. "I appreciate the Hnatyshyn Foundation and Banff Centre in their support of emerging practices from the Atlantic region and their intention to connect us with Western Canada. I look forward to a creative exchange with Treaty 7 territory, specifically Sacred Buffalo Guardian Mountain upon which Banff Centre operates."

"I am so excited to see Meagan Musseau as the 2018 recipient of the Emerging Atlantic Artist Award," said Lou Sheppard, jury member and last year's recipient. "Receiving this award has been an invaluable experience for me. With the support and resources of the award, I was able to create a work that otherwise would not have been possible. Meagan's work is compelling and important, and very much deserving of the support and attention of this award."

Musseau works with customary art practices and new media, such as beadwork, basketry, land-based action and installation to explore notions of memory, language, and the relationship between land and body, object and narrative.

"During the residency, I will create a new body of work titled Necklaces Were Broken," explains Musseau."This work is a response to a collection of Beothuk caribou bone pendants held in the vault at The Rooms provincial museum in St. John's, NL. These belongings were customarily placed in burial grounds but have been taken from the territory and put into a museum. Necklaces Were Broken will symbolically reclaim these pendants and honour the dreams and strength of our relations through artistic creation."

Valued at $30,000 each (with a commitment for three years), the Emerging Atlantic Canada Artist Residency is the result of an agreement between Banff Centre, The Hnatyshyn Foundation, and the Harrison McCain Foundation. The program is intended to help to strengthen cultural connections between eastern and western Canada by giving exceptionally talented, emerging Canadian artists the support and mentorship needed to excel in their careers.

"We are proud to partner with the Harrison McCain Foundation and Banff Centre to make this program possible. The residency provides a unique environment within which artists can learn and develop. And the speaking tour to venues across Canada, which is included as part of the residency program, offers an exceptional opportunity for Canadians to learn about our Atlantic artists," says Kim Lymburner, Executive Director, The Hnatyshyn Foundation.

About The Hnatyshyn Foundation: Established by the late Right Honourable Ramon John Hnatyshyn, Canada’s twenty-fourth Governor General, the Hnatyshyn Foundation is dedicated to promoting and funding emerging, developing, and mid-career artists and curators in Canada through grants, residencies, and prizes totaling $200,000 annually. Its programs are funded by donations from individuals, private foundations, government, including the Department of Canadian Heritage, and corporations. rjhf.com