Mucking About With Systems 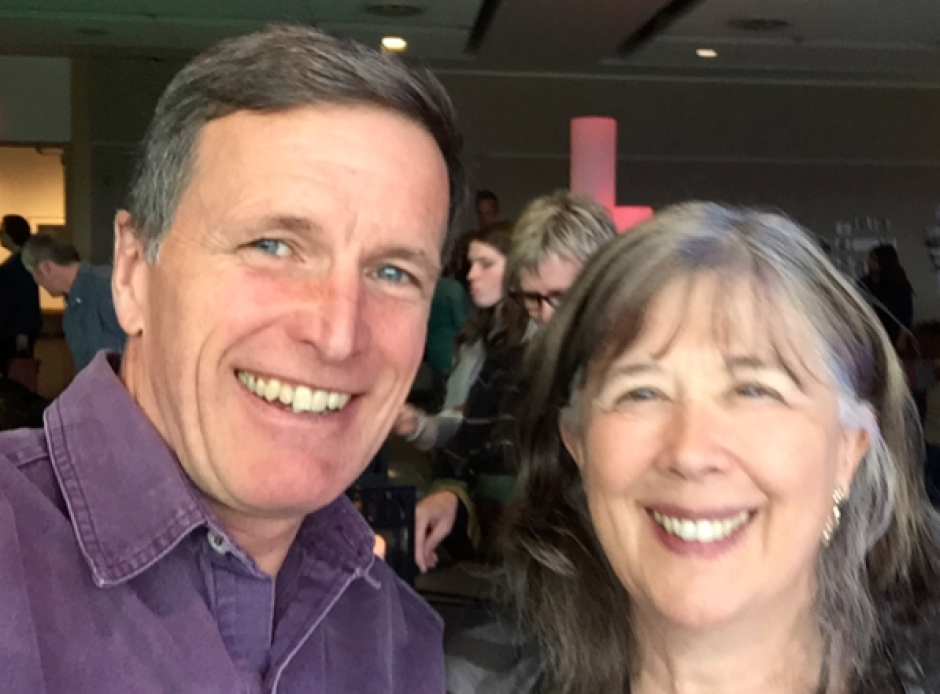 Gareth Thomson with Getting to Maybe author and Lead Facilitator,
Frances Westley

I’ve always been interested in mucking about with systems.

For one thing, I’m pretty connected to a somewhat significant system, the one that gives us life. Call it what you will – Gaia, or Mother Earth, or the Biosphere – over seven billion of us naked apes make an impact on it.  As an educator I’m convinced that education – and resulting action – can reduce that impact and help ensure it all works out okay.

I strive to create a positive impact; probably the biggest impact I’ve ever created came from mucking about with systems. Over two decades ago I wrote to Alberta's Education Minister with some feedback on proposed Elementary Science curriculum. He introduced me to an enlightened bureaucrat, I assembled an advisory group, and together we cooked up a new scheme for environmentally-themed units of study, which were wrote into law in 1996.

That was almost twenty years ago, and the curriculum hasn’t changed – which means that during this period over a million Alberta students have inched closer to environmental literacy during those crucial early grades.

I’ve been an environmental educator during all those years, designing programs that fit neatly within the system, then moving to a new job with the Alberta Council for Environmental Education that – among other things - works closely with over a hundred groups that all have their own programs, trying to make Alberta, the world, and our environment better through education.

But here’s the thing:  there are a lot of great environmental programs in Alberta; but environmental education programs do not solve all of the issues. Such programs are necessary, but not sufficient.

So what can we do? Last June I  attended The Banff Centre’s Getting to Maybe Residency to see what else might be done about this.  Early on, Frances Westley clouted me over the head with certain unalienable facts. I learned that our education programs are typical of changes WITHIN the system, while curriculum change is a great example of a change TO the system.  The difference is that if any program ends, the system merrily ‘snaps back’ to doing what it did before; whereas when Alberta Education stepped back from its work, the system had changed and began to create students who knew more about the environment and how to take care of it.

That was only the beginning of it; after four weeks, I knew more,  a lot more.  I knew about social innovation, the theory and practice of solving complex problems.  I knew how to create and use a theory of change.  I knew how to create systems maps showing the causal relationships between key stakeholders.  I knew how to read the tea leaves created by such maps, figure out where best to exert ourselves to move the system, and how to engage those with more power than us to help out.  I knew about collective impact, and the potential for working with other sectors on a common goal.

I was hooked.  Post-Residency I walked around ‘fixing people with a glittering eye’ like the Ancient Mariner, talking to anyone who would listen about the mysterious White Whale that is social innovation and systems change…

Then it was time to move from theory to practice.  In October 2015, the Alberta Council for Environmental Education (ACEE) hosted the ‘Summit to Advance Environmental and Energy Literacy’ which brought together 120 passionate educators for a day, who considered this new approach and saw its value.  They helped to create a theory of change, and then used it as an organizer for subsequent conversations.  They liked what they saw in collective impact, and asked ACEE to provide support for their work, and offered to help – through sitting on a steering committee, or individual commitments, or through a myriad of action groups.  They even said ‘Hell, yes!” to mapping the complex systems within which we work, to help figure out how to intervene in those selfsame systems.

Gareth Thomson in the company of 120 of
Alberta’ best and brightest educators, at the Summit to Advance Environmental and Energy Literacy.

Our hope is to change the K-12 education system in Alberta; we’re also committed to using these same approaches to support Alberta’s pre-school children, through a multi-sectoral program we call Get Outside and Play.

So we’re launched, together, on this noble experiment.  I’m still mucking about with systems, but (thanks to the Getting to Maybe Residency) now have some theory and language for the work, and the company of friends and colleagues on the voyage.

Wish us luck with our journey.  Better yet, let us know if you’d like to come along for the ride.

Gareth Thomson is the Executive Director of ACEE. He has over twenty-five years experience in environmental education, working for the government of Alberta and then as Education Director for an NGO. He has taught high school, served on Canmore town council, been a judge for the Alberta Emerald Awards, and volunteers for the Alberta Ecotrust Foundation on their grant review committee. He has an engineering degree, an M.Sc. in Environmental Geology, and is a certified teacher. He received a lifetime achievement award from the Alberta Teachers Association’s GEOEC, and the national ‘Non-Profit – Individual’ award from EECOM. Gareth lives in Canmore, where he divides his time between parenting two exceptional teenagers and exploring little-known hiking trails and hidden valleys with his partner Kelly.