Banff, Alberta, September 2, 2014 -- Banff Centre Press is proud to announce the release of Restorying Indigenous Leadership: Wise Practices in Community Development, a collection of essays and a foundational resource of recent scholarly work on Indigenous leadership. Edited by Cora Voyageur, Laura Brearley, and Brian Calliou with foreword by W. Brett Wilson, Restorying Indigenous Leadership is available for purchase at All Lit Up, Indigo, Amazon.ca, Amazon.com. To learn more about the publication visit banffcentre.ca/banff-centre-press

Restorying Indigenous Leadership is a diverse collection of iterative and future-oriented ways to achieve community growth that acknowledges the centrality of Indigenous culture and identity. The nine authors in the anthology share their research through non-fictional narratives, innovative approaches to Indigenous community leadership, and inspiring accounts of success.  Presenting many models for Indigenous leadership development, these stories are followed by a Wise Practices section which features seven significant contemporary case study summaries.

Dr. Cora Voyageur is First Nations and a sociologist at the University of Calgary. Her research explores the Indigenous experience in Canada. Her books include Firekeepers of the Twenty-First Century: First Nations Women Chiefs and My Heroes Have Always Been Indians. She co-edited Hidden in Plain Sight: Contributions of Aboriginal Peoples to Canadian Identity and Culture, Volumes I and II.

Dr. Laura Brearley coordinates the Deep Listening Project, an international creative exchange between Indigenous and non-Indigenous artists, musicians, and researchers. The Project grew out of the Koori Cohort of Researchers that she established at RMIT University and Monash University. Laura is a creative research specialist and an adjunct professor at Swinburne University in Melbourne.

Brian Calliou has been the program director of Indigenous Leadership and Management at The Banff Centre since August 2003. His work has appeared in various academic journals and books including Indigenous Peoples and the Modern State and Power and Resistance: Critical Thinking about Canadian Issues. His research interests include Aboriginal leadership, self-government, economic development, and treaty rights.

W. Brett Wilson, CM, is one of Canada's best-known businessmen and most respected philanthropists. His innovative approaches to philanthropy have generated tens of millions of dollars for many charitable initiatives. His celebration of entrepreneurship has helped inspire our nation to creatively explore and identify new business opportunities. Wilson is chairman of both Canoe Financial and his Prairie Merchant Corporation. Even in reruns, he remains the hugely popular co-star of CBC's award-winning Dragons' Den and Slice's Risky Business. He is a member of the Order of Canada. 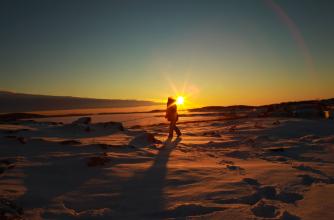 The sharing of stories – how they inspire, are communicated, and learned from – was a key theme of the Wise Practices in Indigenous Community Development Symposium, a culmination of a two-and-a-half...
Read More 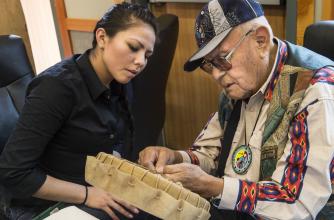 Indigenous Youth Are Reshaping the Future

Dr. Cynthia Wesley-Esquimaux expalins how Indigenous youth are reshaping the future, and have the energy, determination, and access to social media to do it.
Read More 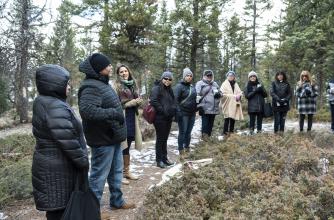 Through Wise Practices learn how to balance and strengthen cultural and contemporary leadership competencies. 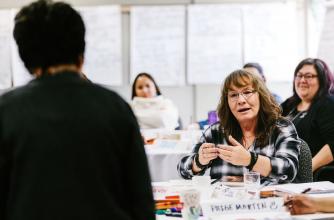 This program will teach you how to use an interest-based negotiation approach.