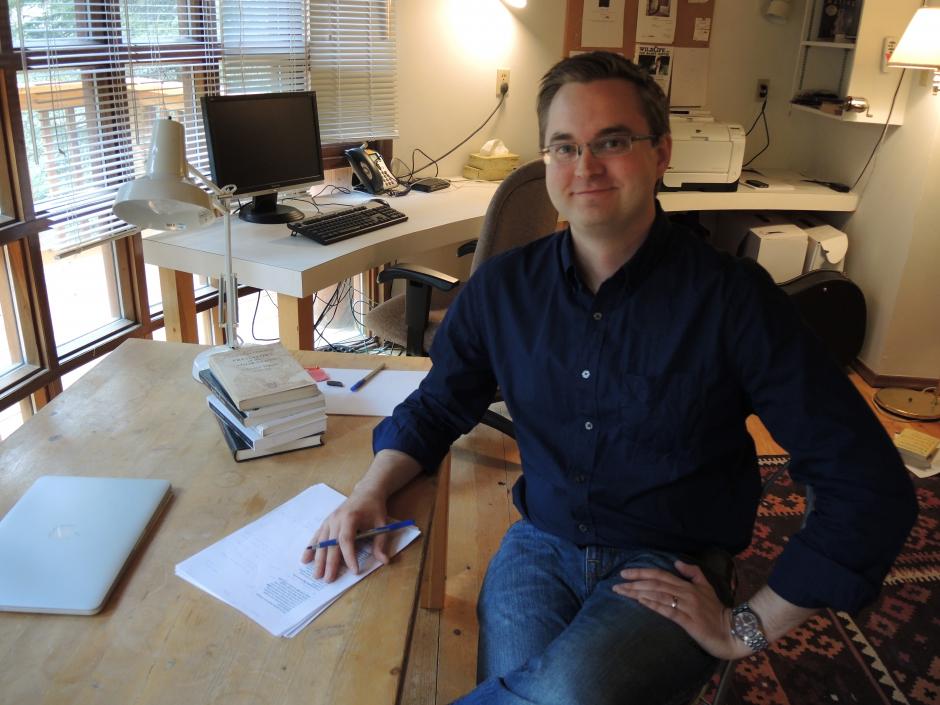 Poet David Martin wears many hats. A literacy educator in Calgary and part time stay-at-home father to his two children, Martin is also the winner of CBC’s 2014 Poetry Prize for his poem, Tar Swan. For his efforts, Martin was awarded a 10 day writing residency at Banff Centre’s Leighton Artists’ Studios. We spoke with Martin about the creation of his winning poem, the challenges of balancing parenthood and artistic pursuits, and whether it’s possible to avoid politics when talking about the oil sands.

What inspired your winning poem?

Tar Swan is a poem inspired by the history and an invented mythology of the Alberta oil sands.

I’d done a lot of research about the oil sands and this was a way of … thinking about where the oil sands fit in our contemporary world but also where they came from. It’s not always something that’s right in the news every day – where did this huge overwhelming project that we read about all the time … come from and who were the people that were sort of behind it – that’s the inspiration for the poem.

How long did you work on Tar Swan?

I had this huge manuscript and when it came time for the CBC submission I was thinking, “how can I shrink this down to something that sort of gives the arc of what I’ve been writing about?” Something that’s more manageable than this huge monster.

The Tar Swan part took about a year, but it’s part of a seven-year project.

Do you see this as a political poem?

I didn’t write it as a political poem, but as soon as you say oil sands you’re in this political realm. And people kind of have their opinions of what they’ve read sort of, they have a response that’s ready to go.

I think by writing about the history of it, it gave me sort of a different slant to it. First of all, it allowed me to approach it on a much more human level – this was a small group of people who were doing this work and not necessarily having any thought to what it would be down the road as sort of this huge industrial project that’s going on now with a lot of different companies and sort of the charged political landscape that it takes place in.

What do you love about writing poetry?

I love the challenge of it, the concentration of language, and sort of that balance between the stress of form but also the freedom of ideas. The way that really forces me to think about image and sound – really focusing on sound and rhythm is pretty important for my work. I think that’s what I enjoy most about writing it.

There’s that line from Dorothy Parker, “I don’t enjoy writing, but I enjoy having written something.” When you complete a piece and you sort of look back on it, you may not like it the next day but you get this nice feeling at the end of writing a poem that sort of feels like a nice accomplishment. And you can see all the different ideas and things you crammed into one small space, so maybe that’s what I like about it.

You mention that you’re a part-time stay at home dad with two kids. Can you tell me a bit about your writing routine? When do you end up writing if you’re taking care of small children?

I’m pretty lucky – my parents live close by so about once a week I drop the kids off with them and then I can go to the library and do some reading and writing.

What I’ve found over the past couple years is I can really focus and concentrate and get a lot done in those few hours. I’ve learned to really sort of focus my energy and not waste time and get the most out of it that I can.

Why do you think people should read poetry? 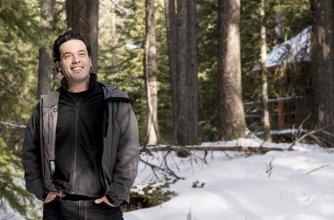 We catch up with award-winning authour Joseph Boyden at Banff Centre in the spring of 2013 while he was working in the Leighton Artists’ Colony on the final proofs for his novel, The Orenda.
Read More