Quartet in the Community 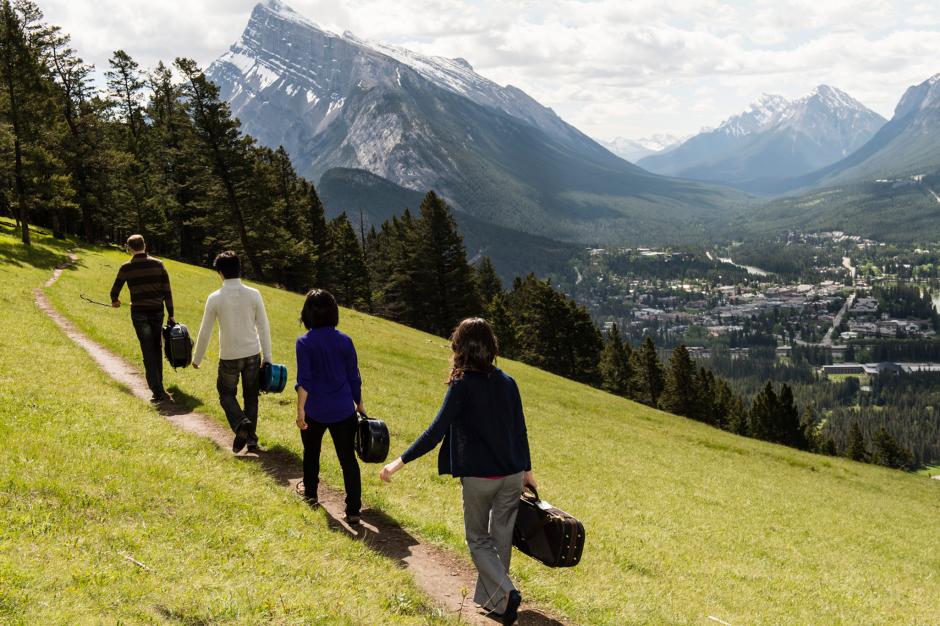 Quartet in the Community: Melba and Orville Rollefson Residency

From the farmer’s market to the top of Sulphur Mountain, both visitors and local communities will have the joy of experiencing extraordinary music where they least expect it. The Quartet in the Community seeks to enlighten both the audience and the performers, as the musicians will develop their skills in connecting with their surroundings. Beyond training these young musicians in community engagement, the Quartet in the Community will also attend the competition and be coached by special guests during the week.

BISQC Executive Director Barry Shiffman says, “Gone is the formality of the stage, the fear of clapping at the wrong spot—it’s replaced instead by the pure joy of the magic of the music in the moment.”

Banff Centre and the Banff International String Quartet Competition thank Susan and Robert Larson for their generous support for the Quartet in the Community: Melba and Orville Rollefson Residency.

2016 Quartet in the Community Members and Biography:

Members of the 2016 Quartet in the Community hail from Canada, USA, and South Korea. Collectively, they have performed in renowned concert halls across the globe, in countries including Canada, USA, Australia, China, Spain, Germany, Austria, and Estonia.

All four members are delighted to be returning to The Banff Centre, after participating in the Chamber Music, Masterclass for Strings and Winds, and Orchestra programs over many years. The Quartet in the Community members are all heavily involved in community outreach in their own separate ventures.

Violinist, Christina Choi, is a graduate of The Glenn Gould School at the Royal Conservatory of Music, where she studied under Paul Kantor and Barry Shiffman. She will be studying at The Colburn School beginning this fall. She plays regularly in venues including Koerner Hall in Toronto, and has been actively involved in performances of new music in events such as the 21C New Music Festival and the Canadian Women’s Exhibition at the Art Gallery of Ontario.

Violinist, Danny Koo, received his Bachelor and Master’s degrees from New England Conservatory, studying with Donald Weilerstein, Soovin Kim, and Malcolm Lowe, and was the recipient of the Beneficent Society Scholarship. He was the Artistic Director of NEC’s Japan Benefit Concert in 2012 and works in schools and community centres across the Boston area.

Violist, Keith Hamm, received training at The Glenn Gould School of Music under the instruction of Steven Dann, and at the Mount Royal Conservatory under Nicholas Pulos. Upon completion of his studies, Keith was named Principal Violist of the Canadian Opera Company Orchestra. He performs regularly on the Skylight Series in Toronto’s Distillery District and is co-founder and producer of Stereo Live at Toronto’s Campbell House Museum. He is also the Founder and Artistic Director of The Rosebud Chamber Music Festival in Rosebud, Alberta.

Cellist, Julie Hereish, studied the cello with Denis Brott at the Montreal Conservatory of Music, with Johanne Perron and Carole Sirois at the Faculty of Music of the University of Montreal, and with Stefan Kropfitsch at the University of Music and performing arts, Vienna. She founded the Duo Arietis, which went on tour with les Jeunesses Musicales du Canada in the fall of 2013. She is also a member of the Trio Lajoie, with whom she did a debut Atlantic tour of the Maritimes in the fall of 2014. She is the new assistant principal cello of the Orchestre Symphonique de Québec.

Quartet in the Community Photos 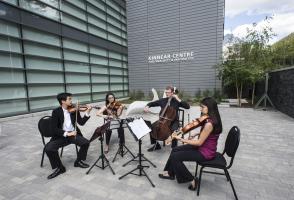 Performance at the Kinnear Centre

The 2013 Quartet in the Community performs in front of the Kinnear Centre for Creativity and Innovation at Banff Centre.

The 2013 Quartet in the Community performs for the BISQC audience at Maclab Bistro. 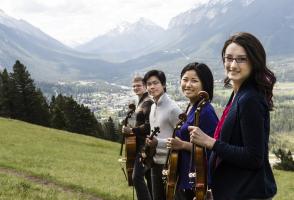 The 2013 Quartet in the Community, Thalia String Quartet. 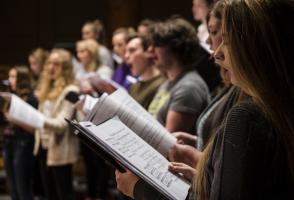 The 2013 Quartet in the Community performs on Mount Norquay. 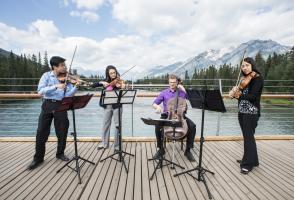 Performance on the bridge

The 2013 Quartet in the Community performs on the Banff pedestrian bridge.