The Art of Conduction 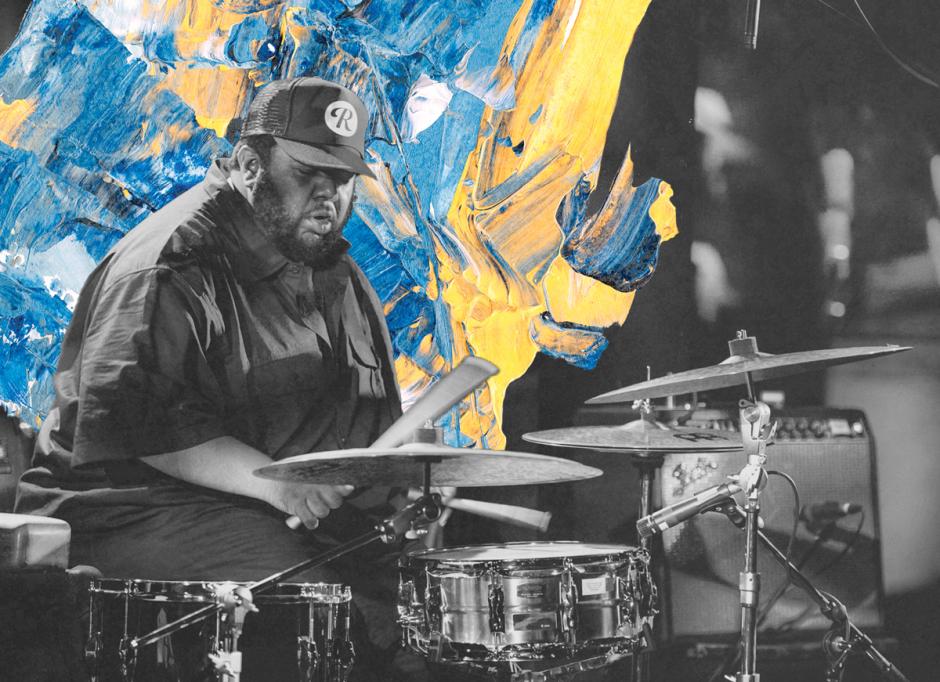 This article originally appeared in the Spring/Summer 2019 issue of InStudio magazine. Read the full issue here.

There is no doubt that Tyshawn Sorey is extraordinary behind a drum kit, but the MacArthur Fellow contains multitudes. Tyshawn is a multi-instrumentalist, bandleader, composer, and educator. Anyone who has heard Tyshawn play or been in his orbit knows that he approaches all of the above with a spirit of infinite creativity and big-hearted generosity.

All of that is on full display in his role as the co-artistic director of the Banff International Workshop in Jazz and Creative Music. It’s here that he turns minds inside out by transferring his knowledge of conduction, an energized multifarious improvisational technique, pioneered by the late Lawrence ‘Butch’ Morris. We sat down to talk about continuing the legacy of creating space for musical exploration.

We all tend to carry a bit of our early teachers with us, but your connection to the conductor, musician, and visionary Butch Morris goes even further. Can you tell me about your relationship with Butch and his relationship with conduction?

The great conductor and cornetist, the late Lawrence Butch Morris, was a mentor to me coming up. He brought me on one of my first trips to Europe and he hired me when I was super young. I was maybe 21 or so when I joined his group and [Artistic director of Jazz] Vijay [Ayer] was also there at that time, so we both performed in Butch Morris groups in New York together in the early 2000s.

Conduction is a practice of improvisation that's done in real time where you give a visual cue for the musician(s) to generate content. It can be hand signals, it can be signs, it can be all that. Butch crafted this art form in a really beautiful way. He never taught conduction to anyone, but when I did it with him it fascinated me so much that I ended up writing this paper about him for my senior thesis at William Paterson, where I did my undergraduate study in jazz performance. And the students [there] thought I was just making this stuff up. They were all like, 'how is this even possible?’

And after Butch’s passing you wanted to share conduction with others?

For me there's no such thing as composition versus improvisation or vice versa. There was no such thing when I worked with him. And so that set the precedent for me sort of explore that in my own music. I began to write detailed, more concert-length type music for my ensembles and I wanted to use conduction. I’ve been working with the method ever since. It's just incredible, all the excitement happening within my ensembles and having all of these musicians taking chances.

For me there's no such thing as composition versus improvisation or vice versa.

I got the chance to speak some of the Banff Centre participants after they had spent a few hours participating in your conduction session [in July 2018]. And they were all flying so high, skirting this line between reverence and unfettered glee. They could barely articulate the experience. Can you relate to that feeling?

I can understand that feeling. When you're coming out of any kind of conduction the feeling is, "what just happened?" As a drummer, I was always interested in avant garde musical practices in addition to playing more “traditional” types of jazz music. I was interested in all of it. And so when Butch Morris asked me to participate, now I’m in this ensemble with harp, traditional southeast Asian instruments, African instruments and all these handmade instruments, electronics guitars. We had all of these really fantastic improvisers in this group and I knew that what we'd be doing was experimental, but I didn't think that it would challenge me quite like it did in terms of my role as a drummer.

My role was not, in fact, as a drummer—I learned that from my first performance working with Butch. I had to play beyond whatever I thought that was. I had to serve the music in a way that would not make me think "drum set" anymore. That was really transformative for me. My relationship with my instrument had completely changed from working with Butch, so I'm glad to see that it's inspiring.