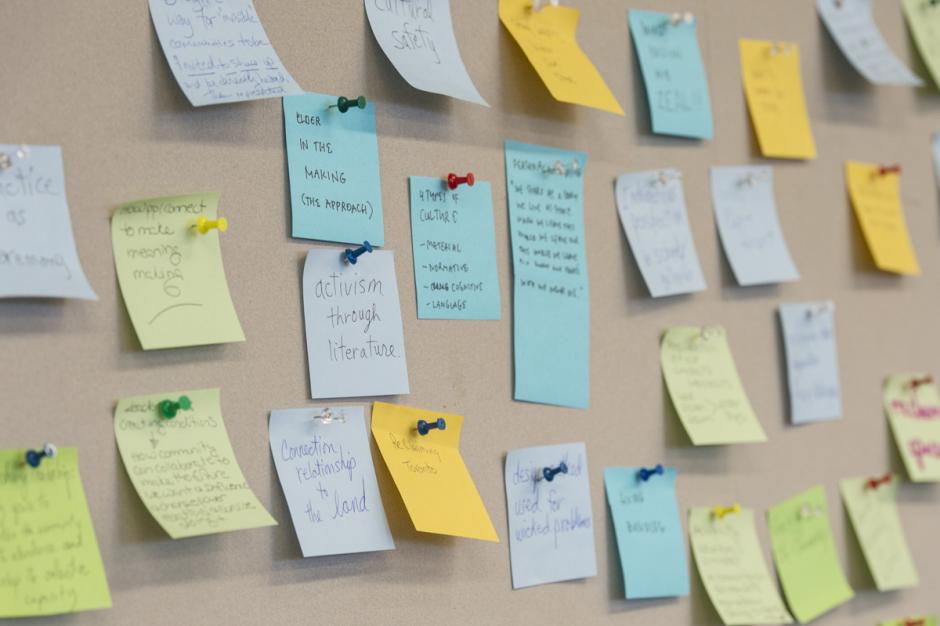 There are endless ways to do most things badly. This is part of the charm of failure. New perspectives and new heuristics may emerge that reveal a better path but more times than not we will come up on the wrong side of reality.

Here are some of the more popular myths about innovation that we’ve encountered in our work and hopefully some tools to work around them, get over them, or bury them once and for all.

5. We know what we want at the start of the project.

It’s hard to resist the energy of making a decision and laying out a plan to finish a new product or service. Milestones are set, tasks allocated and the technical experts can avoid inter-disciplinary meetings for another 6 months. Sadly, the reality is that the world changes quickly enough that requirements, budget and a whole host of other obstacles will make the straight-line path less attractive.

Work-Around: Regular meetings (ala scrum) to ensure that the project reflects the changing reality and that ugly is killed early and often.

4. Innovation is tied to title.

People are promoted for any number of reasons and the assumption that good ideas naturally germinate at the top is a hazardous one. Leaders can create generative spaces where innovation can flourish, but trusting only the senior leaders to adapt creatively is a recipe for disaster.

Work-Around: Anonymous idea generation with future attribution. Reward good ideas, but don’t look at where they came from until they’ve been validated and refined.

3. You know enough to get started.

The rush to action affects many organizations, particularly those charged with adapting quickly. Being paralyzed by falling off the cliff in your haste to create is as counterproductive as being paralyzed by analysis. Problem setting is as important as problem solving.

Work-Around: Rotate leadership of teams between those prone to analysis and those prone to action. A third party should be in place to mediate the inevitable frustrations that this will generate.

Innovation comes in many shapes and sizes and the pursuit of innovation must be tied to larger strategic objectives and the reality on the ground. Microsoft built an empire on adapting the successes of others. Adobe integrates the innovations of others into its product suite. Sometimes innovation is a gradual refinement rather than an overhaul.

Work-Around: Rotate innovation priorities from differentiation to adaptation to neutralization or create a culture that celebrates the innovation format that you do best.

1. All ideas are created equal.

This myth is a noble one that sadly fails the test upon closer scrutiny. We live in a culture that prizes mastery. Mastery doesn’t come easy and the views of those that have dedicated their lives to learning a craft should be ignored at your peril. Their views have been shaped by the community within which they operate and learn and they possess a tacit understanding that is structured by the entirety of their discipline. I believe that the equality of ideas emerged from the emergence of brainstorming, which acted to diminish issues of status and premature critical inquiry, but has somehow extended to the belief that any voice should be valued equally in charting a path forward.

Work-Around: Respect the experience and training of those in the room.

There are many more that deserve consideration and many others are being buried once and for all. The idea of the ‘lone genius’ seems to only live on in Hollywood movies.

What are the new myths that are being born about innovation in your organizations? How can we examine those unaddressed assumptions that make new ideas such a struggle to move forward?